There’s no question who is in charge at Saucy Mama’s Jook Joint in Guerneville.

Inside the bustling barbecue spot, owner Yvette Bidegain flits from table to table, with a giant smile and infectious giggle. Here everyone is “honey,” as Bidegan fusses over customers, smooths over minor service wrinkles and leaves a broad wake of hospitality.

Even on a sober Sunday, the joint has the Saturday-night feel of a lively rural roadhouse, with waitstaff bringing out plate after plate of ribs, cornbread waffles and the evening’s special Shrimp &amp; Grits as fast as the kitchen can keep up.

Saucy Mama’s puts the soul in soul food by fusing the deeply Southern flavors of Bidegain’s family’s Louisiana heritage with her own California culinary twists.

A Sonoma County native and the seventh of nine children, Bidegain inherited the barbecue legacy of her father, Leroy Richardson of Richardson’s Ribs. Raised in Mississippi, not far from New Orleans, Richardson arrived in Northern California in the early 1950s, hoping for a new life and armed with an arsenal of family recipes.

In the late 1970s, Richardson launched his barbecue business at the Sonoma County Fair, pressing his children into service at an early age, Bidegain said. The business evolved into a roving barbecue food truck and three restaurant locations in Santa Rosa and Sebastopol.

“There were nine of us, and my parents had us all in the kitchen,” Bidegain said. “We worked our buns off. The (restaurant business) is either something in you, or it’s not.”

The last Richardson’s Ribs restaurant closed in 1995, just a year before her father’s death.

But his recipes live on in Bidegain’s fledgling kitchen. Pictures of the family, menus and other homages are enshrined on Saucy Mama’s walls.

Like Richardson’s Ribs, Bidegain’s restaurant is a family business. Her husband, Tim Kobus, helps run the place, and her daughter and granddaughter work as servers.

Kobus, like Bidegain, wears several hats. On a recent day, he was stirring a giant pot of grits while directing kitchen staff. He also helped with the lengthy and often painful build-out process of the space that had stood empty for three years and was heavily damaged by flooding in 2019.

The restaurant business, however, is a second act for Bidegain. The 62-year-old spent most of her adult life working for Caltrans; she recently retired after 36 years. With her four children grown, she needed a new project.

“After the kids grew up, I had a void in my life,” she said. “I had all this extra time when I retired. I said, there has to be something out there that no one else is doing.”

Soul food was her answer.

Equipped with tried-and-true recipes, she launched a catering business just before the pandemic started. But with few events to buoy the enterprise, Bidegain turned her sights to the idea of a pop-up food business at Guerneville’s Stumptown Brewery.

Bidegain isn’t just the boss — her keen palate is behind all the dishes. Her first-time special of shrimp and grits, which she insists we try, is a jumble of poached shrimp, onions and garlic atop a bed of creamy, golden cornmeal that’s cheesier than a prom photo. Cornmeal waffles fan out on top with “crack” butter that lives up to its name.

There are generations of heart and soul in every bite.

Saucy Mama’s menu isn’t overly long, so there’s room for additional specials, including an occasional crawfish boil, jambalaya and smothered pork chops. Saucy Mama’s doesn’t have a website or social media, so plan for food exploration rather than expectation.

And leave the high-profile barbecue joints to amateurs, because they’ll never have the authenticity and passion Saucy Mama’s brings to Guerneville.

Crispy Fried Catfish Entree, $20: The seasoned cornmeal crust has a flavorful, crunchy texture, unlike greasy, bready batters. Inside, fresh catfish is moist, succulent and not fishy (like most frozen, imported catfish we’ve tried).

Shrimp Po Boy, $18: A small French loaf is cut into a boat (rather than sliced through), holding onto a delicious, saucy mess of fried shrimp, lettuce, tomatoes and remoulade sauce. Unlike a mayonnaise-heavy aioli, the remoulade has a tart vinegar punch with mustard and capers. The hidden fried pickle is a sweet-sour surprise.

Cracklin Chicken, $8: Deep-fried chicken skin with hot sauce. You love it or you hate it.

Extras (sides), $5/small or $10/large: Sides are everything at a barbecue spot, because no matter how good your ’cue is, if you can’t make a decent slaw, you’re sunk. Macaroni and cheese is made with four types of cheese and cream. Okra is deep-fried and tossed with onions and bacon. Collards are OK but lack the vinegar bite we like. 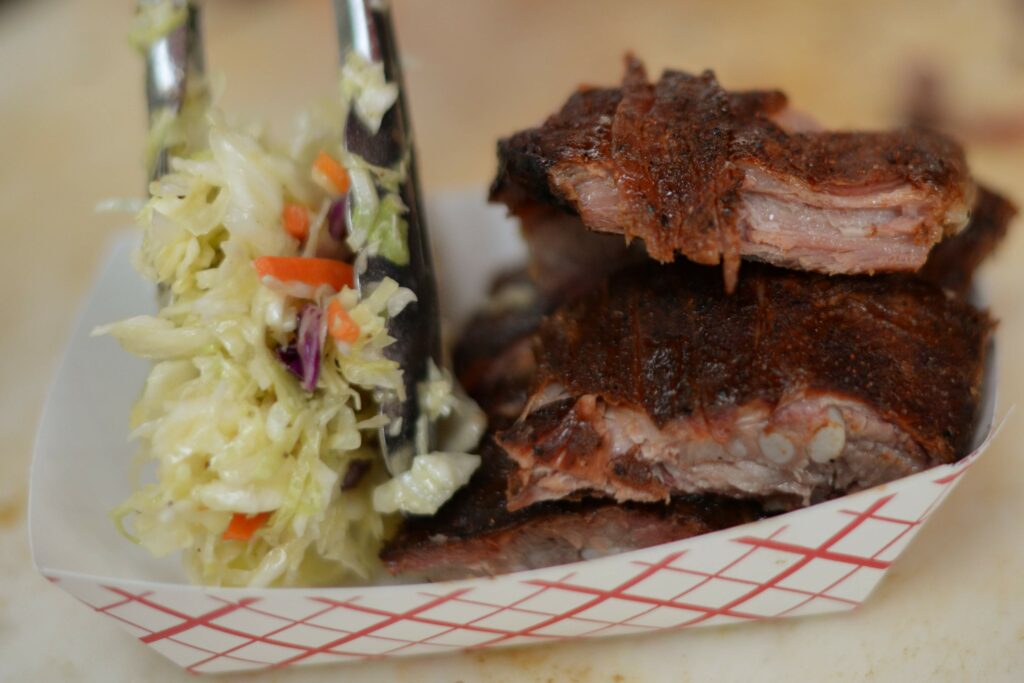 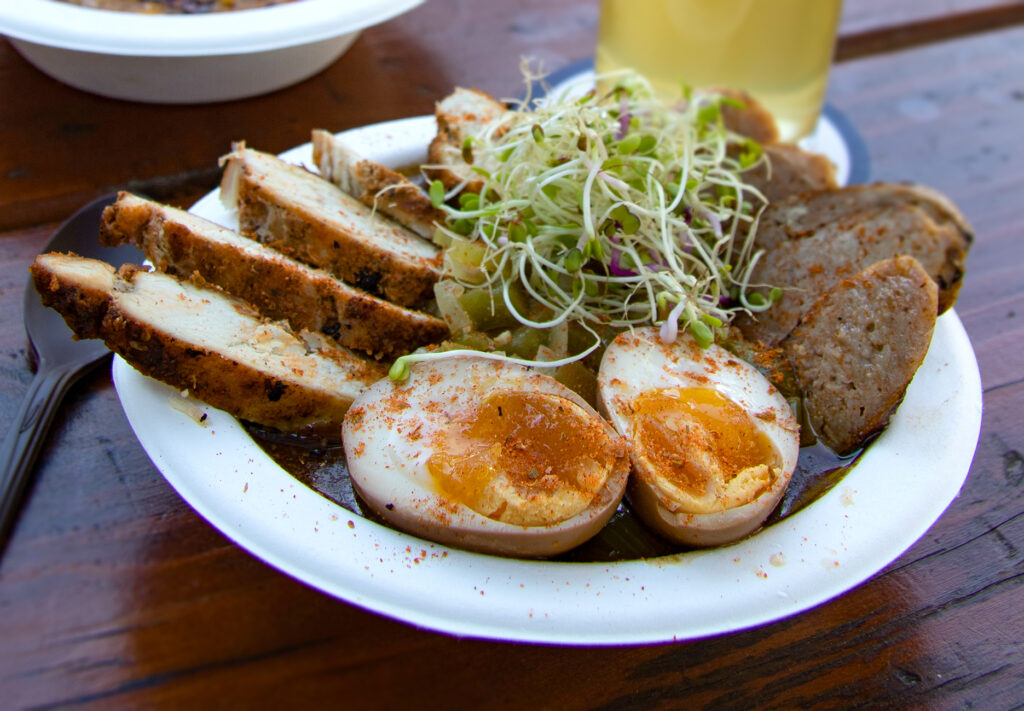 Start your day the right way at these local coffee shops and cafes.