With much of the nation’s meat supply in flux as major processing plants close due to COVID-19 outbreaks, local restaurants and consumers will likely see skyrocketing prices and shortages of beef, chicken and especially pork in the coming weeks.

Though moves are being made at a federal level to force reopening of plants that process more than 25% of the nation’s weekly supply, another solution is closer to home.

Related: Get Your Meat Locally, With Pickup or Delivery

Parks said that about 15 large-scale producers like Tyson and Smithfield account for about 98% of all meat sold in the county. “As shelves go dry, people are looking for more local places to buy their meat,” he said.

“I know every rancher that raises for us. We have gone out of our way to know that we’ve but a supply chain we can trust,” said Parks, who has direct ties through the entire production process, from farms and ranches to processors and distribution.

“My biggest problem is that I’m running out of cold storage,” he said. He recently scaled up his business to accommodate an additional 250 delivery orders each week.

With serious cracks showing in national supply chains, Parks is far from alone in seeing locals clamoring for meat sources closer to where they live.

The shelter-in-place measure cut orders at Santa Rosa’s Golden Gate Wine Country Meats by 75%. Owner Brad Wagner said the sudden drop forced his business to get creative, so he’s been providing meat directly to consumers by working with independent local grocers, delivery services and even Third Street Aleworks restaurant, which is selling boxes of meat and produce along with their takeout food.

“The average consumer doesn’t understand how things go from a farm to a warehouse to a grocery store or restaurant. Over the next two weeks it’s going to be the craziest roller coaster ride we’ve ever seen,” Wagner said about the effect of the closure of big plants and the subsequent lack of labor.

With massive food processing plants closed, ranchers have nowhere to take their animals for processing. Millions of animals are being euthanized simply because farmers can’t afford to feed animals they can’t sell.

“That’s why the President is trying to open them back up, but I don’t know how they can force people back to work. It will be interesting to see what happens,” Wagner said. Nationwide, more than 6,500 workers front large-scale meat plants have tested positive for COVID-19.

Though Wagner does sell meat from national producers, he said his relationships with smaller local producers like Stemple Creek and Petaluma Poultry as well as family farms in Texas and Oregon will keep products rolling into Sonoma County.

Marco Lepe from Lepe’s Foods in Santa Rosa distributes meat throughout the region. He said he’s had a harder time getting beef, but still has supplies. “It’s the trickle down from the Tyson (beef) plant closing in Washington. They were doing 4 million pounds a day,” Lepe said. His drive-up and delivery business also has been booming.

Though it is unlikely that meat counters at local grocers will go bare, Victorian Farmstead’s Parks said he worries most about the pork supply. Because hogs have to be processed at certain weights, they can’t be put back to pasture to wait for reopening of meat processing plants.

“You thought toilet paper was hard to get? Try finding a pork chop in two weeks,” he said. 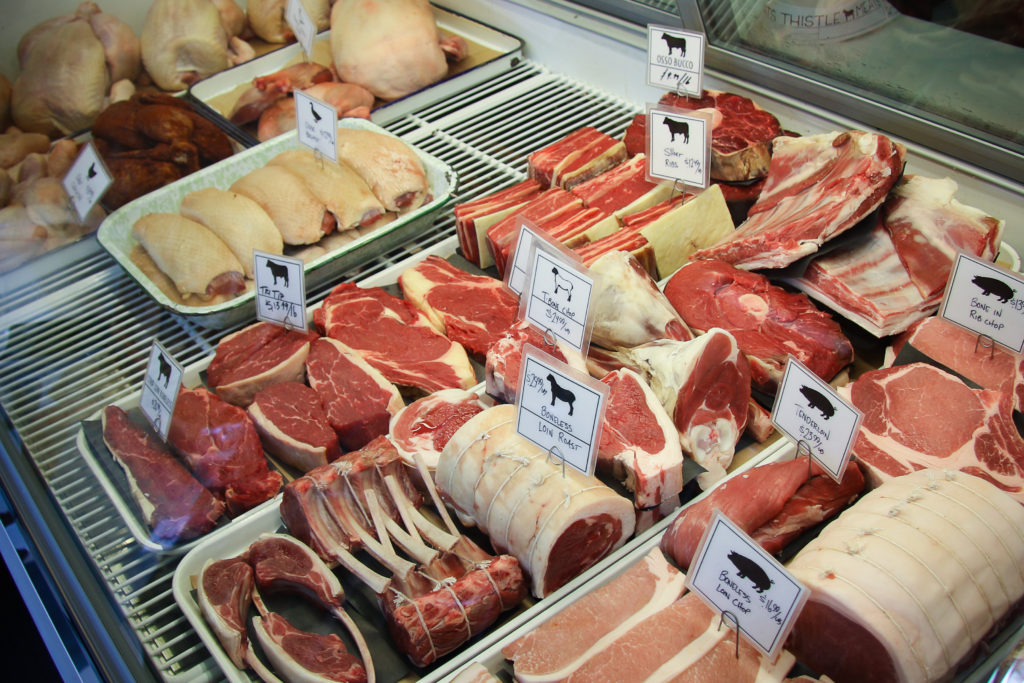 Get Your Meat Locally, With Pickup or Delivery

2 thoughts on “As National Meat Manufacturers Close, Many Are Turning to Local Butchers”

Hot Outside, Stuck Inside: 15 Cool Things You Can Do at Home

Get ice cream delivered to your doorstep and other hot weather activities while sheltering in place.