In Sonoma Valley, a handful of repurposed barns give local charities a place to party for good. Read the article below and click through the gallery for photos.

Take a drive along virtually any Sonoma County highway, backroad, or byway, and you’ll see them scattered about the landscape: barns of all shapes and sizes. Most give a nod to the area’s rich agricultural history, some are long abandoned, and some have been reimagined. Yet many have one thing in common: They’re the quintessential Wine Country venue in which to celebrate community and family, share stories, entertain guests, and, increasingly, hold events that raise money for charities and nonprofits. Here’s an insider’s peek into some of Sonoma Valley’s most picturesque party barns. Oh, if these walls could talk.

Julie and Tom Atwood’s Glen Ellen property was settled and owned continuously by the Weise family starting in the 1850s. The site of one of the first bonded wineries in the county, the original barn was lost to a fire in the 1950s. After the Atwoods purchased the ranch in the mid-1980s, their first project was to rebuild the barn.

“It was designed for horses and the ranch machine shop,” explains Julie, noting that when the shop outgrew the space, it became a meeting place for the agricultural community and has since hosted multiple fundraisers. All the lumber is reclaimed Port Orford cedar, which is native to Oregon and Northwestern California, sturdy, and pest-resistant.

Last year, the Atwoods sheathed the barn’s south end with steel siding, which helps protect the wood, and they’re adding that same metal skin to the east side this year.

The first fundraiser at the barn was held around 1990 for a Glen Ellen student — a local football star who’d been diagnosed with aggressive cancer. “He qualified for an experimental treatment, and we held a neighborhood party to support him. He survived and became an advocate for childhood cancer patients and families,” says Julie. “That first barn party had a huge impact, because it planted the seed that grew dozens of events that have helped local charities.”

Since then, the barn has been a favorite venue for myriad agricultural and nonprofit groups, family gatherings, and holiday parties. It was almost lost in last year’s Nuns fire, which started only 380 yards away and tore through the property twice, destroying more than 100 trees as well as several structures — but the house and barn were spared.

Says Julie, “So many local event venues were destroyed, but we saved our barn and it became the home for displaced parties.”

In December, the Glen Ellen Firefighters Association invited all the Sonoma Valley firefighters to the barn to celebrate the fire’s end. It was the first time they’d all been together in one place and served to foster a continued bond. “It felt great to get back into party mode,” says Julie. “A happy thing to do.” —J.F

The Larson family’s ranch dates back to 1823, when sloops and schooners transported passengers and freight to Sonoma Creek in the North Bay, where they transferred at the creek’s northernmost navigable point to horse-drawn carriages at the ranch’s property line (now the “ghost town” of Wingo, which is still part of the property).

The ranch’s “Captain’s House” and barns were built beginning in 1865. A racehorse training center opened on the property in 1910 and operated through the 1950s, even hosting one of the sport’s most famous champions, Seabiscuit, for a six-week training session. The family also raised rodeo stock including cattle, polo, and work horses, and stunt horses used in Hollywood Westerns.

They also produced and hosted the Sonoma Rodeo and Wild West Show, the longest-running and largest rodeo in Northern California, from 1929 through the 1950s.

In 1978, Tom Larson and his father, Bob, planted their first block of grapes and began making wine for personal use within a few years’ time. The barns served as the ideal place to throw parties and enjoy the fruits of their labor. In 1985, as their production significantly increased, they founded Larson Family Winery — with the revealing motto “We drink what we can and sell the rest.”

Today, the largest barn is the winery’s production facility, while the smallest houses the tasting room and serves as the family’s venue for holiday and other gatherings, including events hosted by local agricultural and nonprofit organizations like Sonoma Valley 4-H and the Italian Catholic Federation. Two long bars in the tasting area are made from eucalyptus and pecan trees, and the barn’s wine barrel tables and displays are made from used barrels by the family’s handyman and ranch manager, Mike Doyle. —J.F

In 2005, when Doug Mo and Marcia Charles-Mo designed and built the Sonoma property they now call home, one of their first projects was the construction of a barn to use as a garage. Inspired by Steve Lanning Construction’s versatile metal and steel building designs, they hired his company to make it happen. But once the new barn was up and functioning, it became obvious the space could be used for much more.

“All the storage shelves within the barn are on wheels,” says Doug of the 3,200-square-foot structure. “So we can move them to a corner or outside during events. It’s a great party space.”

The barn has hosted two family wedding receptions and once had the Bay Area’s renowned soul and funk band Pride & Joy as the live entertainment.

The Mos are also big supporters of Transcendence Theatre Company, having housed about 15 performers on the property since the company’s inception. So it made sense to engage the troupe for Marcia’s surprise 60th birthday party in the barn. “It was tough to keep it a surprise, but it worked,” recalls Doug of the black-tie event, which included about 100 of Marcia’s friends and family members. “We told her we were planning ‘something fun’ and to get dressed up. It was a big success.” —J.F

“It was in really bad shape but we wanted to keep it,” says Judy Vadasz of the dirt-floored barn on her property that was built in the late 1800s. In 2011 Judy and her husband, Les, decided to undertake a pristine renovation of the barn — raising it up, pouring a cement foundation, using rocks from their property along the barn base and structural beams, and reusing as much of the original wood as possible.

The barn has since housed a birthday soiree for Les, a Fourth of July post-parade picnic when the Vadaszes were honored as alcaldes in 2013, and as the wedding photo backdrop for their property manager and his wife, who were married on the vineyard estate. Although they would never consider renting out the barn, the Vadaszes were happy to have the Sonoma Valley Education Foundation hold a Barn Talk fundraiser on-site, and the Sonoma Valley Museum of Art has held a fundraising dinner in the barn as well.

Prior to the 2011 restoration, pumpkins were planted in front of the barn, and for several years that became the location for the Vintage House Senior Center’s pumpkin patch fundraiser.

Judy is especially fond of the barn because it was special to her father. “He always loved the barn. He told me ‘Whatever you do, always keep that barn.’” And they always will. —C.K.

Donors gathering to dine at the Paws for a Cause fundraiser are greeted by camels, piglets, ponies, and critters galore — an apropos way to raise money for Pets Lifeline, an animal rescue shelter in Sonoma. The annual event, held in the Vintage Kennel Club barn since 2011, started out as a dinner for the board of directors and has grown into a 300-person party that’s raised nearly $750,000.

Brian Ness and Mike Weiss launched Vintage, a dog ranch and spa, in 2000.

They love dogs, of course, and have Wheaten terriers and an Irish wolfhound — but having both grown up on farms in Minnesota and Wisconsin, they truly enjoy all animals. Brian especially wanted their barn to house unique animals and took pains to acquire Friesian horses, Angwin goats, a black swan, and his favorite, Sahara the dromedary — an Arabian camel he adopted as an infant and bottle-fed. His vision, since realized several times over, was to have Sahara appear in a live Nativity scene at St. Andrew Presbyterian Church at Christmastime.

The couple had the 3,350-square-foot barn built to house their pets, and quickly offered its use, gratis, to Pets Lifeline, where Ness is a board member. Weiss plants a huge flower garden, which blooms with sunflowers, bachelor buttons, and zinnias right on cue at party time each year, as an extra welcoming touch. Guests are encouraged to take selfies with the animals, or alongside the pristine 1939 International Harvester pickup or 1941 Cadillac Fleetwood that once belonged to Ness’ parents. —C.K. 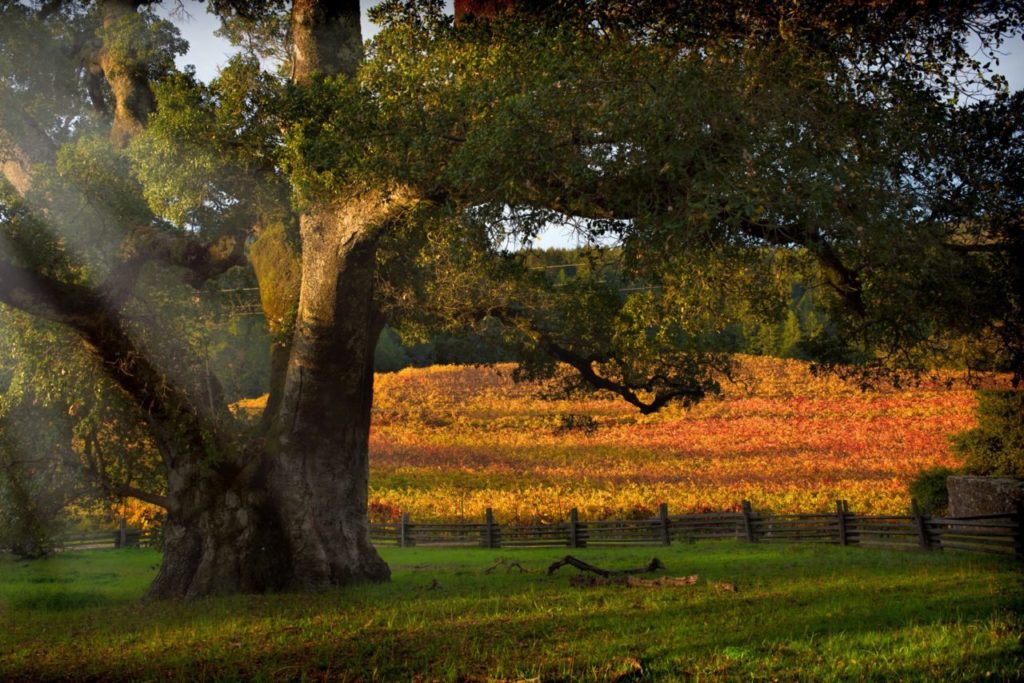 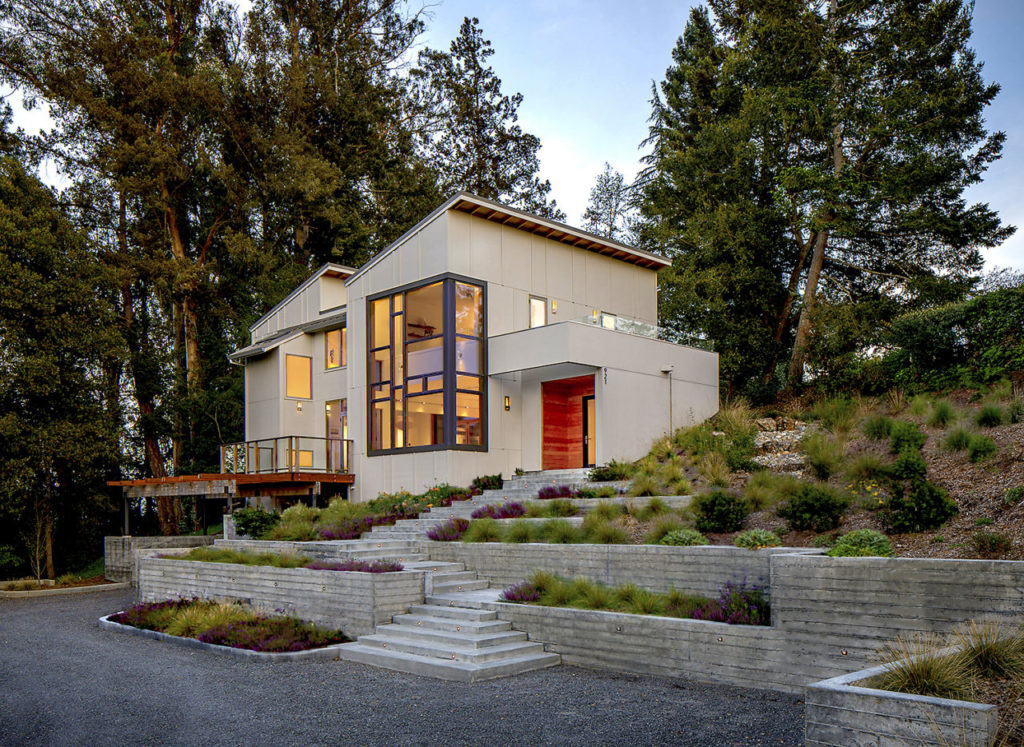 Home With a View: A Young Family Builds Their Dream House in Sebastopol 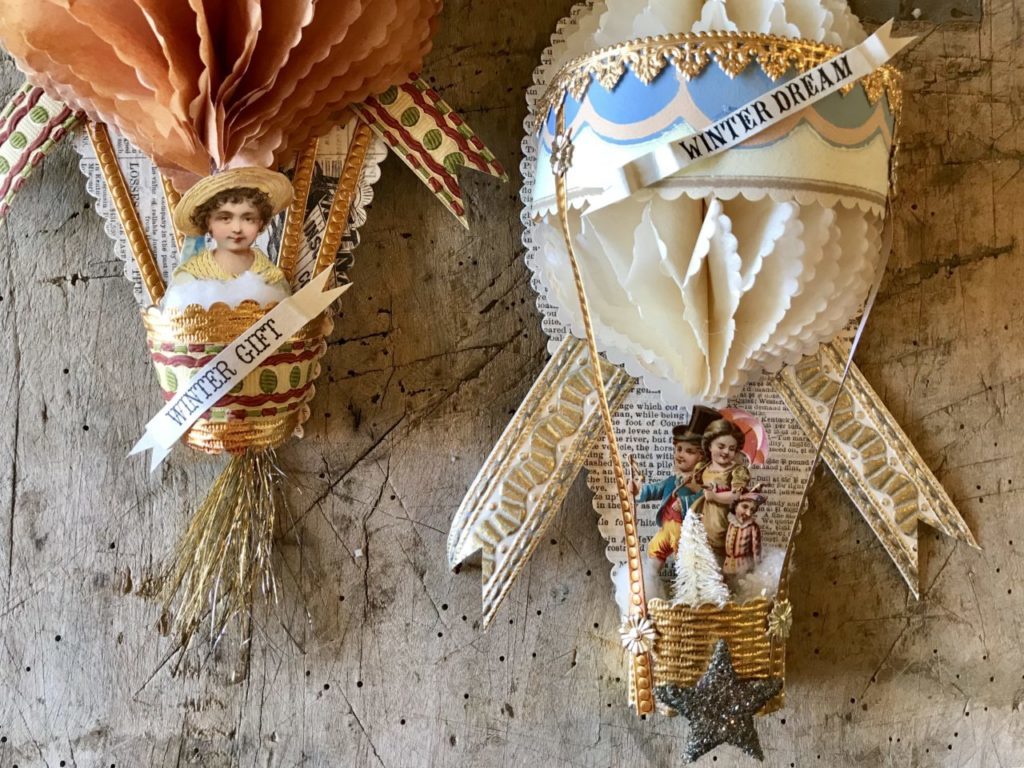 Style With Vintage Holiday Ornaments Available at These Sonoma Events

A Dramatic Open-Plan Home in a Sebastopol Apple Grove

22-foot ceilings and a pool with a West County view. This might very well be our dream home.