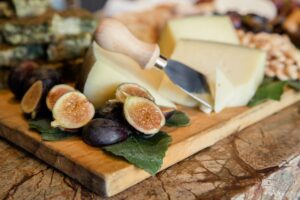 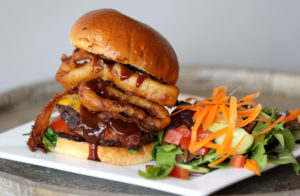 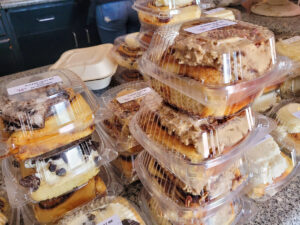 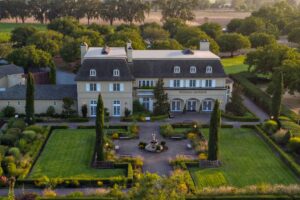 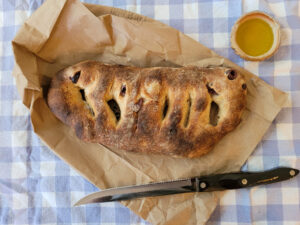 The famous promise of “a chicken in every pot” first uttered by Henry IV of France and echoed by Herbert Hoover in his 1928 campaign for president, may need a slight update for the new millennium.

These days, it’s a chicken in every pie that grabs our attention, as the rainy weather continues to batter us with chilly winds and the uncertain future whips up our appetite for finding comfort inside a flaky crust.

Davis, who lives in Sebastopol, was running a farmers market stand called CutieCakes Bake Shop when her old friend, Santa Rosa attorney Julia Freis, called her and suggested they go into business together.

“We wanted to do something with the cottage food industry,” Davis said. “I had pie on the brain for a long time. It was the first thing I learned how to bake.”

Under the motto “Sharing Optional,” The Whole Pie offers both savory and sweet pies in three sizes — hand pie, single size and family size — but nothing by the slice. Pie flavors change randomly and seasonally.

Located near the corner of Fourth Street and Farmers Lane, the sunny, yellow pie shop welcomes lunch and dinner customers, as well as folks looking to take home a slice of happiness. It’s become a regular pit stop for cyclists who have just finished a big ride in Annadel State Park as well as busy folks on their way home from work.

“When it is raining, everybody wants a pot pie,” said Freis, who serves as the business manager and evening counter person. “And then they may buy a sweet pie as well.”

When you enter the pie shop, chances are you’ll see Davis elbow deep in a bucket of flour, mixing up a big batch of crust in her open kitchen. While pie crust can often intimidate home cooks, Davis urges folks not to overthink it.

“People get nervous about it,” she said. “Somewhere in there, somebody went for perfect. Chocolate and cakes are about perfect. Pie is about happy … Our mantra is pie is not meant to be perfect, it’s meant to be eaten.”

That said, Davis has a few rules of thumb for her pie crust. She starts by mixing the dry ingredients first, then adds in the butter by hand, being careful not to incorporate the butter completely. You want to create a very loose, shaggy mixture, then throw it into the fridge overnight.

“Most people mix it into a dough ball. By then, there’s way more gluten than you’re ever going to need,” she advised. “Have a drink. Have a conversation. Stop staring at it.”

After it rests overnight, Davis then brings the dough together. She rolls out the dough, liberally adding more flour to it, then flips it over and rolls it out some more.

While most of her savory and sweet pies share the same dough recipe, Davis will get creative with the crust for the sweet pies, making a graham cracker crust for the California Lime Pie, for example, or a coconut macaroon crust for the Coconut Cream pie.

As for the savory fillings, the sky is the limit, with everything from meatloaf to mushrooms fair game. In fact, the word “pie” is believed to have come from the magpie, the bird known for collecting a variety of things.

“I spend a lot of time looking at things and seeing if they can be pie,” she said. “We had a mac and cheese pie when we opened.”

One of the shop’s pies, dubbed Mr. Crunchy, was inspired by the fancy, ham-and-cheese sandwich sold in the cafés of France.

“Mr. Crunchy is based on the idea of the croque-monsieur,” she said. “It’s prosciutto and Emmentaler cheese in a Dijon bechamel.” 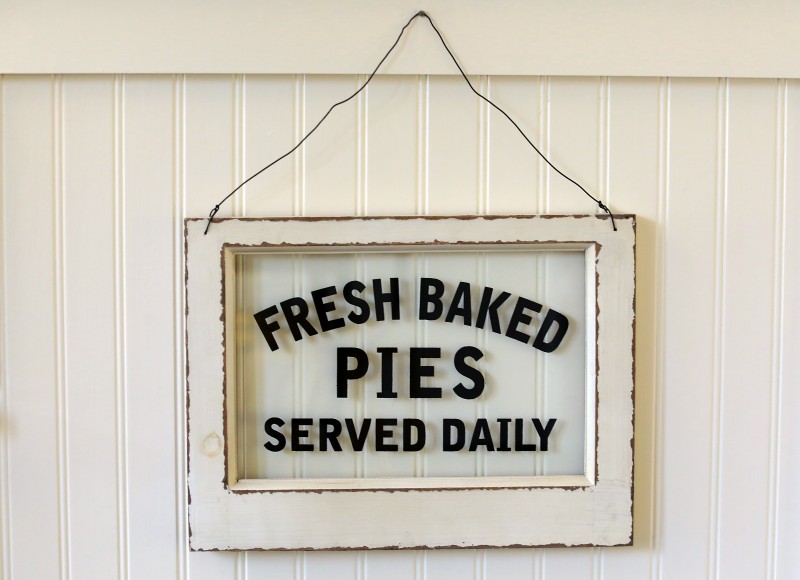 The pie shop also offers a chicken pot pie called the SongBird, with a cognac velouté sauce; a steak-and-arugula pie known as the LumberJack; and a braised short-rib pie called the LoneWolf that is topped with mashed potatoes, like a classic shepherd’s pie.

Made with beef, beer, onions, beef stock, rosemary, salt and pepper, the LoneWolf is one of the easier pies to reproduce in a home kitchen.

“It’s a long, slow braise, then I shred it and take out the sinew,” Davis said. “I put mashed potatoes on top, or aged cheddar on the hand pie.”

Of course, the simpler the dish, the more important it is to use high-quality ingredients.

“Pie is deceptively simple,” Davis said. “But in its simplicity, there is much complication.”

At The Whole Pie, Davis uses organic flour from Giusto’s in Petaluma and California Dairies’ butter. She sources seasonal fruit and vegetables, locally whenever possible. Right now she is using apples, as apple pie is the American standard, a perennially popular flavor during the long, winter months.

But if you’re counting calories, you probably shouldn’t think about pie too much. A little pie goes a long way.

“The people afraid of butter and gluten don’t walk in the door,” she said. “It’s all real food. It’s not coming in already made. Is it indulgent? Yes. But is it still good for you? … Sure.”

Although she doesn’t feel the need to eat pie very often, Davis often finds herself taste-testing her new pie flavors, just to make sure they’re OK.

“I’m still head over heels about the coconut cream pie,” she said. “I want to fall face down into it.”

The following recipes are from Trishia Davis, co-owner of The Whole Pie in Santa Rosa.

Preheat oven to 350 degrees. In a bowl, mix salt and pepper into flour. Dredge short ribs in flour mixture, coating well. In an 8-quart Dutch oven, heat oil and saute onions until soft, add garlic and saute another minute or so. Add beef, browning lightly on all sides. Add beef stock, beer and rosemary. Drop a lid on it and toss the whole thing into the oven for 3 1/2 hours. Remove from oven and let cool. Once cool, remove any unwanted fat and shred the now-tender beef. Spoon into prepared pie crust, top with mashed potatoes and bake on a sheet pan in a 400 degree oven for 45 minutes.

In a big bowl, stir together dry ingredients. Add butter, separating the pieces and tossing in the flour. Beginning with a pie-slice section of your bowl, begin smearing each piece of butter between your thumb and index finger, almost in a snapping motion. Remove all thoughts of perfection from your mind, and do not aim for uniformity. Be careless, work quickly, using your hands and not your eyes. Turn your bowl as you complete each section and keep “smooshing” until you’ve made it full circle. Filter through the bowl with your open fingers, smashing any large chunks of butter you feel.

Make a trough down the center of your bowl and pour in half of the water. Scooping under the dough, toss it lightly a few times, like a salad. Add the rest of the water and toss just a bit more. Pour this shaggy mess into a ziptop baggie, squeeze out the air and toss into the fridge overnight. No need to make a disk. I know, I know, it doesn’t LOOK like pie crust, but trust me, it will become pie crust.

The following day, dump the baggie out on a countertop and let it come closer to room temperature. Pull it together, using the heel of your hand to smash it into a disk. You can fold it a couple of times if needed. Lift it, lightly flour your counter surface, replace it, flour the top of the disk and roll it out. I like to roll a few times, flour and flip. If it isn’t behaving, gather it up, and start again. Because you didn’t overwork it yesterday, it can take a little abuse today.

Once you’ve rolled a nice big round, or whatever shape you ended up with, tuck it lovingly into your pie pan, trimming and crimping the edges. Place in the fridge until you’re ready to fill and bake.

Note: Save the trimmings, sprinkle with cinnamon and sugar, and bake on a sheet pan for 15 minutes … ta-daa, dessert! 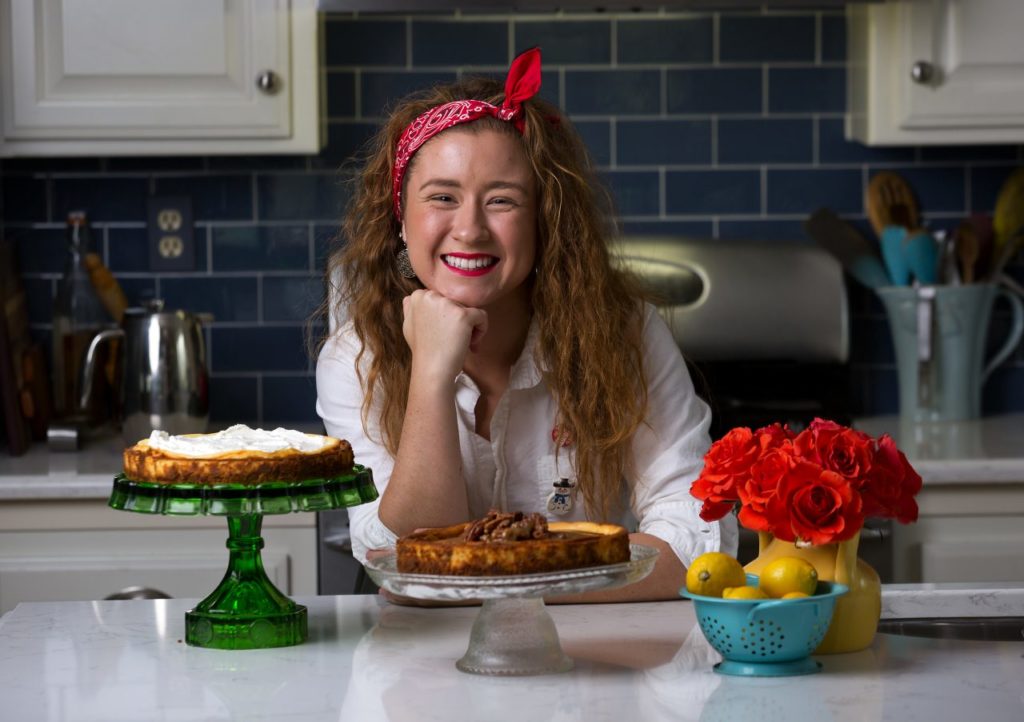 Workout Wear: 5 Sonoma Finds to Put You in Motion

These Sonoma finds can add comfort to an outdoor fitness routine, helping to keep motivation going until the warmer season...