If Chef Dustin Valette looks a bit relaxed while making sandwiches for 60, it’s only because he’s lived with a first responder his whole life. The Healdsburg restaurateur snapped into action early this morning, coordinating food relief efforts for evacuees before 10 a.m. — just about the time his dad, Bob Valette, was “wheels up” on a tanker jet headed out of Sonoma County airport to fight the Kincade Fire that is still uncontained near Geyserville.

Though this fire pales in comparison to the Tubbs and Camp Fires — at least at this point — it’s a scary reminder of our new reality. With power out to thousands, news came in the middle of the night that a fire had sparked in northern Sonoma County. At this moment, it is an estimated 10,000 acres.

Valette is working with Chef Kyle Connaughton of Single Thread (which will be closed tonight, Oct, 24), Catelli’s Domenica Catelli (also closed tonight), and helpers from the community (Costeaux provided the bread) to feed the approximately 60 people at the Healdsburg Community Center taking refuge from the fires. They plan to serve about 200 tonight.

As he packed up his car with sandwiches–made with long loaves of fresh French bread, heirloom tomatoes from his own garden, meat and cheese from his restaurant kitchen — he realized the irony of such fancy sandwiches in an emergency. But that’s what he does, and that’s what he knows. And food, after all, is love. And a good sandwich takes just as long to make as a bad one.

It’s still unknown what will happen in the coming days…but restaurateurs are ready. The local food community, including Valette and many others, offered thousands of man hours, kitchens, food, and support activated during the 2017 fires.

As I’ve learned personally, it’s a fine line between helping and being in the way, and aid organizers are relying on vetted food providers to assist during this time.  I went to several agencies and Red Cross stations today, and most are saying that it is “early hours” and they are watching the situation to best inform coordinated responses.

Also ready to assist is a state-of-the-art mobile kitchen built by celebrity chef Guy Fieri after the Tubbs Fire. Having been involved in other recent fire relief efforts, he has seen the devastation up close and was instrumental in the buildout of a custom kitchen that could serve thousands. Fieri has worked closely with Chef Jose Andres and World Central Kitchen, a collaborative chef collective that works with the Red Cross to provide meals in disasters. Jose Andres, who was nominated for a Nobel Prize for his worldwide food relief efforts tweeted this morning that he was here for Sonoma County if needed.

People of Sonoma! Please share! @WCKitchen is already in the area waiting, in case we have to provide food and water relief support! #ChefsForCalifornia @sonomasheriff https://t.co/db4ba672Ok

As Valette brought the sandwiches to the community center, surrounded by smoke and crawling with reporters, he smiled as his friend Ken Rochioli of KR Catering pulled up with more trays of food. Rochioli was stopped by reporters for an interview. Valette snuck by, saying that he needed to get back to his restaurant because he had an entirely new menu to prepare at the restaurant this evening. Not to mention helping with dinner for 200 at the shelter. 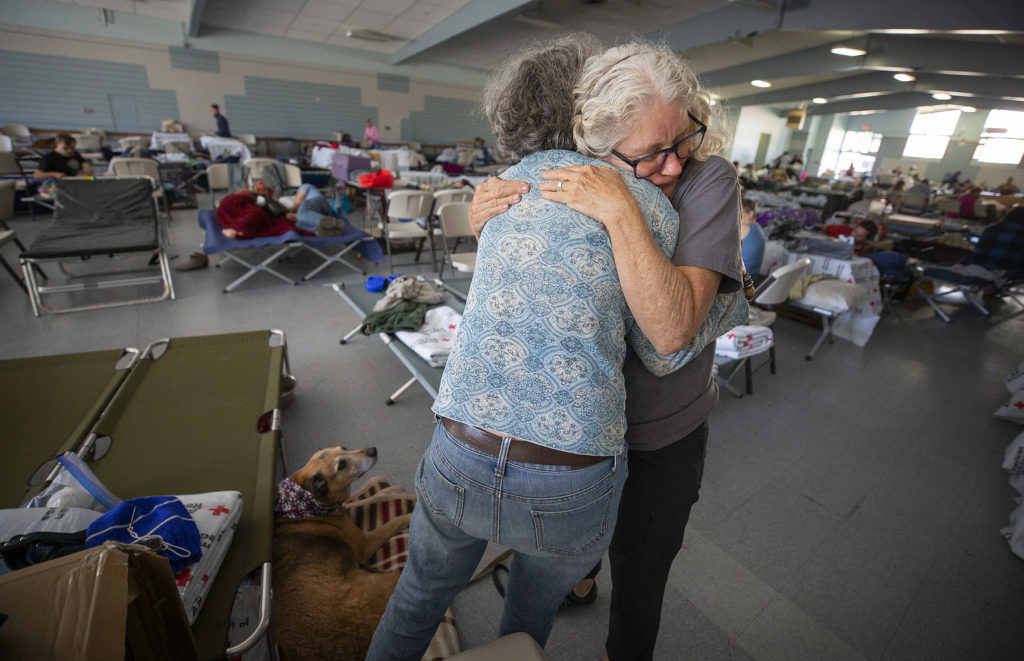 How to Help Kincade Fire Victims and Evacuees: Volunteer and Donate

From gyros and burgers to burritos and poke, here's 25 local restaurants with great value and great food.