You don’t have to understand impressionism to admire a Monet painting. Consider every doctor’s office or freshman dorm room they grace with blurry beauty. The chaotic overlapping drips of a Jackson Pollock, however, require a little more context to appreciate. Both are beautiful, but one takes a little more effort to understand. Fern Bar, which opened in October 2018 in Sebastopol’s Barlow, is beautiful and is a spot that needs a little context.

Part lounge, part restaurant, it’s the latest addition to restaurateur Lowell Sheldon’s lineup of disparate eateries including Lowell’s and Handline. Each has a distinctive point of view — casual Latin-inspired, seasonal Italian or New American — bound together by Sheldon’s unwavering commitment to hyperlocal ingredients.

While Lowell’s was my favorite restaurant of 2018 and Handline has become a family favorite for homemade tortillas and fresh seafood it’s taken me longer to understand the ambiguity of Fern Bar.

With its lush greenery, elevated craft cocktails, flea-market chic and ambitious menu from Chef Joe Zobel, it’s not a simple bar. There are no throw-away bar snacks or burgers, no plain-Jane cocktails. Fern Bar is something entirely of its own. But it’s also not exactly a restaurant.

Sitting down with Zobel, who is a co-owner of Fern Bar and the former chef of Lowell’s, a clearer picture emerges. For one, the chef was eager to spread his culinary wings on this menu after more than a decade of cooking rustic Italian.

Zobel’s menu makes a trip through American cuisine with Indian Fry Bread inspired by his native Southwest, along with California-inspired chicken liver mousse with dehydrated beet chips, spiced crumble and pistachios, brilliant pink pickled quail eggs, or the Umami Bomb with an array of mushrooms and nutritional yeast. Fried chicken with hot sauce crema nods to the South. And it keeps going: Asian chive pancake with charred cabbage ($10), green curry trout ($23) comingle with and French panisse fries making the menu’s point of view a little hard to discern.  Zobel, however, likes the idea of branching out, and separating himself from what he’s done in the past.

“I like to start with something and then spin it,” he said, “We want to surprise people with what’s on the plate. With Fern Bar we want to do something that Sonoma County has never seen.”

Within that context, Fern Bar, and it’s constantly evolving menu, feel like an adventure in eating and a window into the wildly creative mind of Zobel. While there are spectacular wins and daring misses, but overall, I consider us lucky to have the ambitious risk-taking and passion of a culinary Pollock in a sea of hazy Monets.

Best Bets
Prices range from $6 nibbles to $12-15 small bites, $12-$22 entrées and $8 desserts. Craft cocktails and mocktails are $13, beer and wine by the glass are available along with homemade sodas and shrubs. There are many vegan, vegetarian and gluten-free options along with meaty fare.

Umami Bomb, $27: True to its name, mushrooms are at the heart of this savory, meaty (though meatless) dish. Shiitake cream, fried broccoli, sticky rice and balsamic reduction join the umami party with a dusting of nutritional yeast as the guest of honor. Vegan and gluten-free.

Chicken Liver Mousse, $22: Zobel says this is one of his best dishes, and he’s dead right. A quenelle of rich mousse made with all of the cream and butter is framed by shards of sweet-salty beet crackers.

Beef Tartare, $17: What seems like a simple dish of raw beef is elevated to an art form with savory bits of diced beef flap sprinkled with cured egg — an ingredient having a moment in chef circles. Made by dehydrating an egg yolk in salt, shaved over meat it adds a delicate creaminess without overpowering the tang of meat.

Candy Cap and Bourbon Semifreddo ($8): The maple flavor of candy cap mushrooms with orange is a grownup version of a creamsicle with candied walnuts and slightly bitter coffee salt.

Needs Work
Fried Chicken, $15: There’s a lot to like about this comforting dish, but the gluten-free crust just doesn’t get crisp enough to make it a complete winner.

Cocktail Time
The term craft-cocktail has become as meaningless as farm-to-table, with lackluster mixologists vainly stealing the mantle. Here, however, the cocktail program is a standout, headed by Sam Levy, former bar manager at three Michelin-starred Restaurant at Meadowood, mixing exotic juices, herbs and foams with artisan spirits with a chef’s creativity. The prices aren’t cheap, but this also isn’t a dive bar serving up off-brand margaritas. We love the idea of equally impressive nonalcoholic drinks for non-imbibers. Our favorite: The Frond or Foe with piquant fennel, cucumber soda, bitter absinthe and vodka. 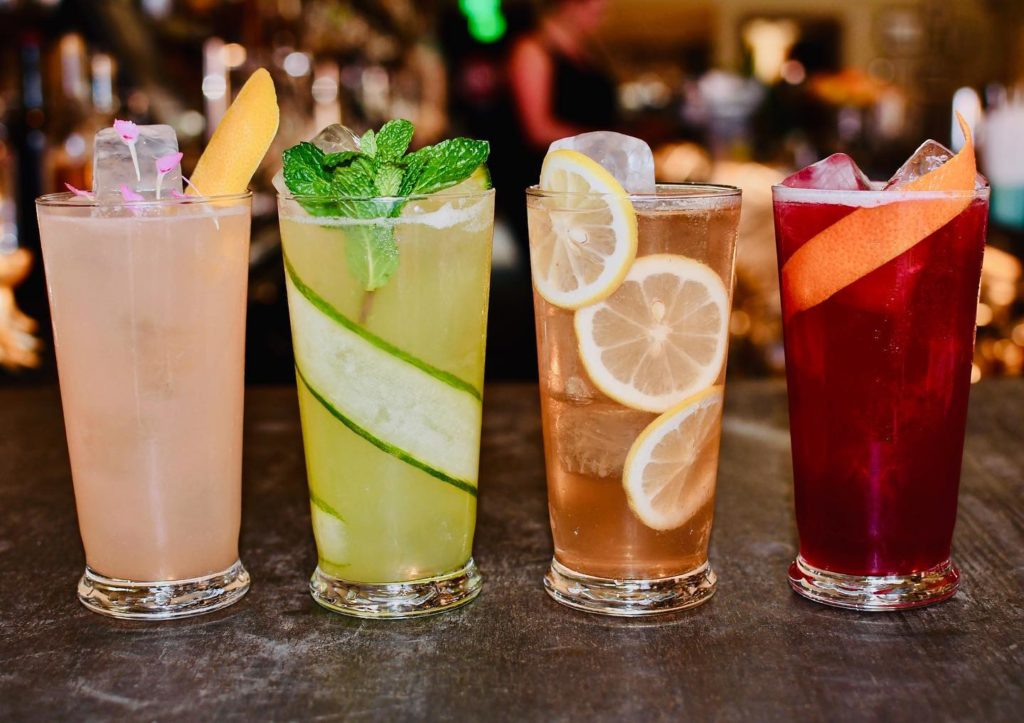 Consider this a Public Service Announcement: Mother's Day is on Sunday, May 12.