While the name suggests a French origin, various iterations of French toast have been created around the world for centuries. The earliest known reference to the dish is in a collection of recipes from the Roman Empire called the Apicius, thought to have been compiled in the first century. The simple recipe, described in the Apicius as “aliter dulcia” (“another sweet dish”), involved breaking white bread into large pieces, soaking the bread in a mixture of milk and beaten eggs, frying it in oil and then covering the golden creation with honey.

Similar recipes that sought to make use of stale bread appeared in 14th century Germany as “Arme Ritter” (“poor knight”) and, around the same time, in an influential French cookbook, Le Viandier, as “tostées dorées,” or “golden toasts.” Today, the French call the dish “pain perdu” (“lost bread”), the Germans still call it “Arme Ritter” (several Nordic countries also call it “poor knights” in their languages), the Spanish call it “torrija” and the Portuguese call it “rabanadas.”

So how exactly did French toast get the name “French Toast” in the U.S.? Is there anything French about the toast? Well, nobody knows for sure. There are several origin stories and legends — according to one of them, a chef called Joseph French came up with his own version of the dish in Albany, NY, in 1724. Failing to use an apostrophe, he named his culinary invention “French toast,” rather than “French’s toast.”

A more likely scenario, however, is that the name French toast was first used in England in the 17th century (perhaps the British picked up the recipe on a trip across the channel) and then crossed the Atlantic ocean to America with the early settlers.

Whatever the name and no matter the origin of the dish we like to call French toast, making good use of stale bread continues to produce delicious results: a sweet, eggy, golden dish fit for a fancy brunch or last-minute breakfast for the kids.

If you’re craving this breakfast of champions or would like to to celebrate National French Toast Day (Nov. 28) in style, we’ve compiled a list of some of our favorite spots for digging into this dish.

Did we miss one of your favorites? Let us know in the comments! 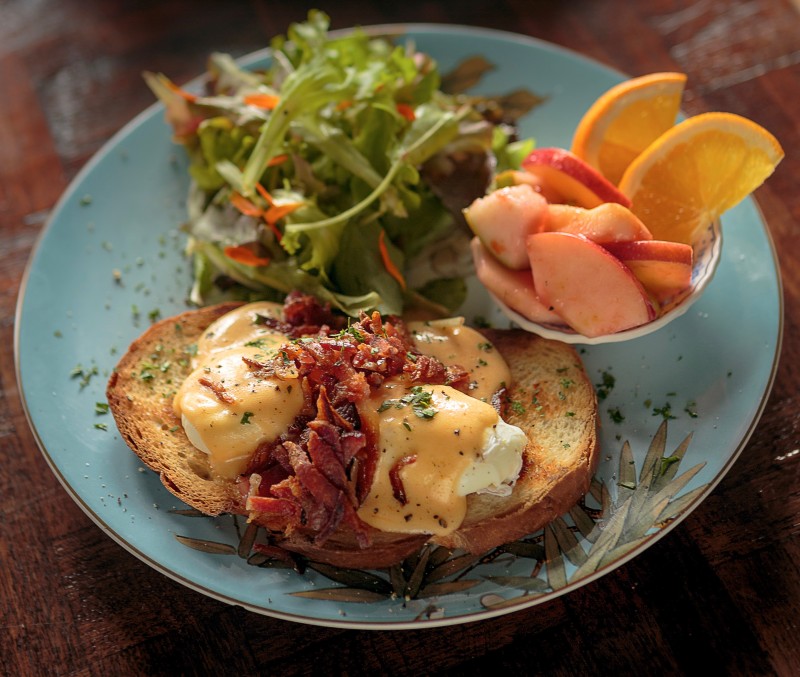 This new line of canned kombucha has a relatively low alcohol content and is loaded with flavor and gut-friendly probiotics.