Sonoma County is home to quite a few artist-types itching to go to Burning Man this summer — but many of us are less than eager to suffer the ravaging winds and dust tornadoes hurtling across the Black Rock Desert of northwest Nevada. Dirt littering our granola, stuffing our sleeping bags, and caking our tents — no thanks.

Internet entrepreneur Mark Pincus has a solution. The founder of the $5 billion San Francisco-based mobile gaming company Zynga will be glamping in a posh, renovated 1970s Airstream trailer he purchased specifically for the self-expression festival that runs August 25 through September 2.

So will Swiss designer Yves Behar. Founder and principal of Fuseproject, a business consulting firm in San Francisco, Behar bought his own retro-chic Airsteam for Burning Man, outfitted with personalized goodies like a built-in bar and high-tech sound system.

As tricked out as their custom-designed, 31-foot-long mobile palaces are, neither man had to look far. One call to Geoff Sacco got it done, as the owner of The Portable Life in Petaluma found and negotiated purchase of the coveted trailers, calling on his network of Airstream sellers in Arizona and Oregon. Sacco then coordinated mechanical checks, worked with Pincus and Behar on their dream designs, gutted and rebuilt the trailer interiors, and finally delivered them to the gentlemen within just three months.

The first paid renovation Geoff Sacco took on after moving to Sonoma County was this Spartan, which sat in the backyard of a Petaluma home when the current owners bought the property. They recognized its potential, and Sacco made their hopes a reality.

Working out of an airplane hangar-style shop on a 100-acre Italian water buffalo dairy off Valley Ford Road, Sacco has completed more than 50 such vintage trailers since taking one on as a hobby project in 2012. Behar’s trailer layout was rather rare, Sacco noted, with its bedroom in the back and bath in the middle. That was fine, but no one liked the uncomfortable twin beds, or the clunky kitchen that blocked the floorplan’s flow.

“It was, well, ugly,” Sacco says. “These trailer interiors were always substandard design, in a disconnect to the classic exterior iconic style.” So he stripped the entire interior, added insulation, designed a 3-D layout mockup, and had the grungy aluminum exterior professionally polished to a mirror shine. “Some of the old trailers are hideous, actually, but that’s why everyone used to live 80 percent of the time outside of them.”

Space is at a premium in an Airstream, so Sacco added raised platforms hiding storage space under Behar’s bed and front lounge seating, and tucked the water heater in a lift-up cubby. Sanitation is state-ofthe- art, with a Laveo Dry Flush toilet, requiring no water hook-ups, chemicals, or messy disposal.

While many projects are completed within six months — or barely two months for a 10-foot “canned ham” trailer — a few summers ago, Sacco tackled a monster 50-foot Spartan that took more than two years to complete.

“I have the good fortune to be doing something I really love,” says Sacco, who was a designer for Patagonia, Timbuk2, and other businesses, and then owned his own bag manufacturing company with Apple as a primary client.

His art background shows in the finishing touches unique to each trailer, though Sacco favors wire-brushed oak flooring, reclaimed materials from Petaluma artist Michael Black of Black’s Farmwood, and easy-clean waxed canvas fabrics. Sometimes he goes really ornamental, such as creating hitch stands that are inspired by buoys and made of wood, paint, and leather.

So far, he’s never had to advertise. Behar, for just one example, is so happy with the end result that he recently asked Sacco to find two more Airstreams for friends.

Call it the start of a Burning Man caravan. 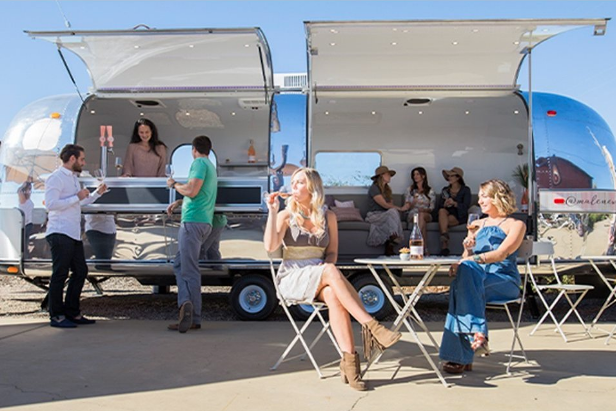 Wine On Wheels: A Mobile Tasting Room Is Rolling Into Wine Country 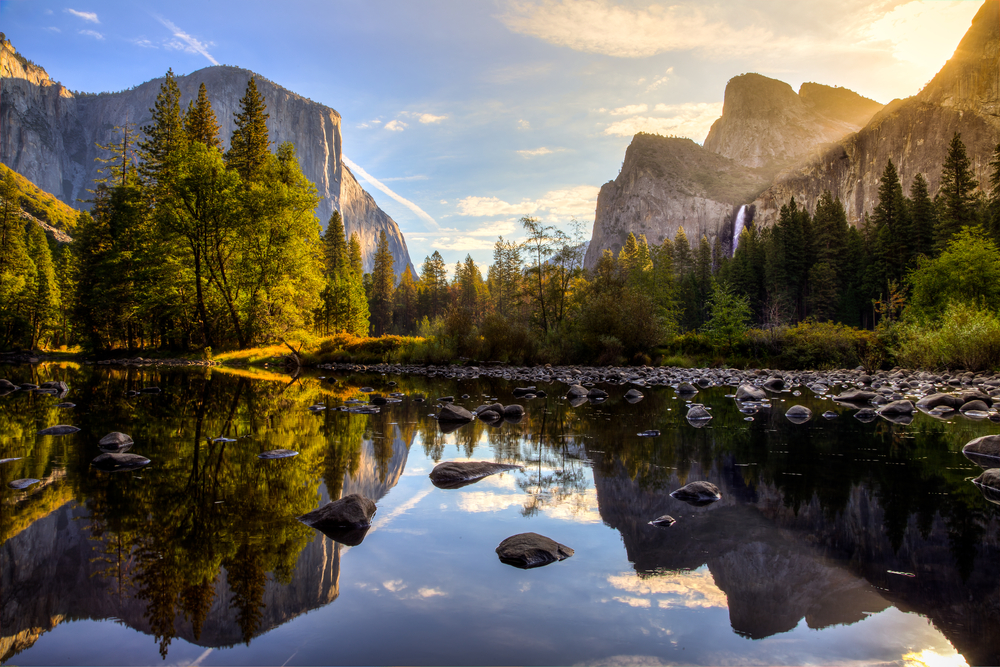 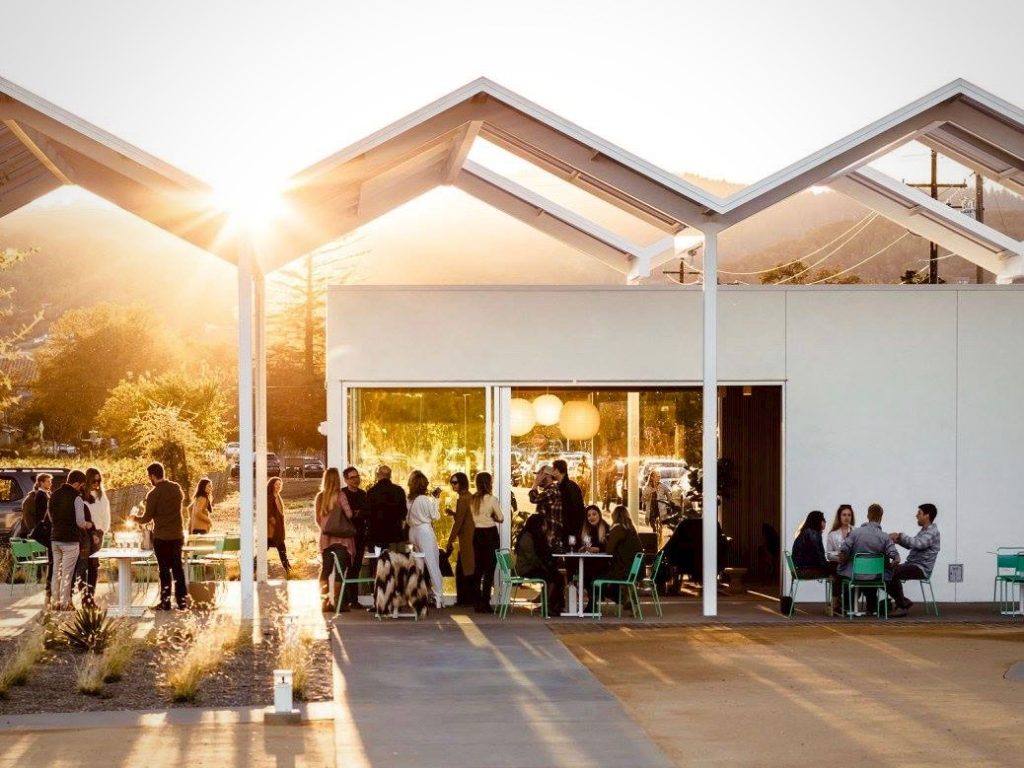 From Wrangler jeans to repurposed Dame Jeanne wine jugs, here are some vintage items to give yourself and your home...