Doner. Shawarma. Gyro. Kebab. Al pastor. Whatever you call it, wherever you’re from, there’s a word for one of the greatest inventions of all person-kind: spit-fired meat. Or maybe you call it rotisserie? In more direct terms, it’s putting pork, lamb, beef or chicken on a rod and letting it slowly roast for hours, marinating itself in its own delicious juices.

The practice is one of the simplest and oldest forms of cooking, allowing meat to cook from both inside and outside either over an open flame or coals or in an oven.

As my current obsession with al pastor (Mexican marinated pork cooked on a rotisserie) deepened, its history as a Lebanese import compelled me to look into its roots as shawarma. Which has its roots in Turkish doner. Which beget the gyro and kebab. Not that anyone can exactly lay claim to inventing a cooking method estimated to be more than 8,000 years old.

Unfortunately in Sonoma County, finding the familiar cone-shaped gyro broilers spinning with al pastor, gyro or doner isn’t easy. Most restaurants here don’t sell enough meat in a day to warrant the expensive spits, so when you find one it’s a special moment. For an eating adventure inspired by ancient flavors, here are recommended local places to take a bite.

While working in Manhattan, I became obsessed with halal carts offering shawarma. Shawarma can be made from pretty much any kind of meat, but chicken marinated in cinnamon, cloves, nutmeg, pepper, cardamom, turmeric, cumin and oregano was my favorite, served with yellow rice and a ribbon of white garlic sauce. Decades later, I still remember the flavors.

Recently, while perusing a menu at East West Cafe in Santa Rosa, I saw shawarma listed. That old hankering returned, sending me on a hunt for other shawarma in the North Bay. Here’s what I found.

Sam’s Mediterranean Cafe, Chicken Shawarma Plate, $15.99. You don’t stumble on this out-of-the-way deli unless you spend a lot of time cruising quiet office parks looking for hole-in-the-wall lunch spots. Thankfully, I do, and this charming little place is a Middle Eastern gem. Their panini -style chicken shawarma wraps are a delicious entry point, with gently-spiced meat and melted cheese. Comes with garlic and hot sauces and a Greek salad. 613 Martin Ave., Suite 111, Rohnert Park, 707-584-0220, samsmeddeli.com

East West Cafe, Chicken Shawarma Plate, $15.95. Marinated chicken breast with grilled tomato, onion and tahini sauce on a pita. It’s a hearty stick-to-your-ribs meal with a side of fries to mop up anything you missed. Breast meat can be a little drier than thighs, but we won’t hold that against the lovely spices in this version. 557 Summerfield Road, Santa Rosa, 707-546-6142, eastwestcafesantarosa.com. Also in Sebastopol.

Meaning “shepherd style,” this Middle Eastern-spiced meat stems from an influx of Lebanese immigrants to Mexico in the late 19th century. The spit-grilled shawarma, usually using lamb, was adapted and localized using pork and pineapple. You can usually spot it by its bright red-orange color.

For months, I was on a mission to find the absolute best al pastor in Sonoma County. Here are some favorites.

Cancun. The online menu doesn’t say “al pastor” but instead, “Marinated Mexican Pork.” Small shreds of pork are studded with bits of pineapple, which makes it one of my favorites so far. 443 Dutton Ave., Santa Rosa, 707-528-8933, ordercancunmexicanrestaurantca.com

Greeks, as well as Turks and other Middle Easterners who have used spit roasting for millennia, would take issue with lumping these three dishes together. But in the United States they’re fairly interchangeable. What separates them from shawarma is their pairing with tasty tzatziki, a tart cucumber and yogurt dip.

I’m going to be honest and say I’ve always been a huge fan of the classic mystery meat “cones” of gyro that are shaved into long strips, but your experience may be different. Kebab and souvlaki tend to have larger chunks of skewered meat. The trick to great kebab is to avoid drying out the meat, and that’s hard to get right (which is why I don’t go nuts for kebab or its Indian counterpart, tandoor).

Dino’s Greek Food. Mobile gyro/souvlaki awesomeness. Don’t miss the loaded Greek fries either. The food truck is currently closed, but look for Dino’s to reopen at the forthcoming Livery in Sebastopol in 2022. facebook.com/dinosgreekfood

Ulia’s. I’ve always been impressed by the gyros at this warm little Santa Rosa deli (their Petaluma outpost closed). Family-operated, they’ve been through tough times during the pandemic, as much of their sales are business park- and catering-related. 130 Stony Point Road, Santa Rosa, 707-525-8542, uliasdeli.com

Stockhome. A Swedish take on kebab? The Scandinavian country can’t get enough of kebab as a late-night snack and tummy-filler. This version isn’t the most authentic you’ll ever have, but it’s truly delicious. Plus, I love it when my Swedish friends come with me and roll back their eyes in pleasure, remembering wild nights with old friends and post-party kebab. 220 Western Ave., Petaluma, 707-981-8511, stockhomerestaurant.com 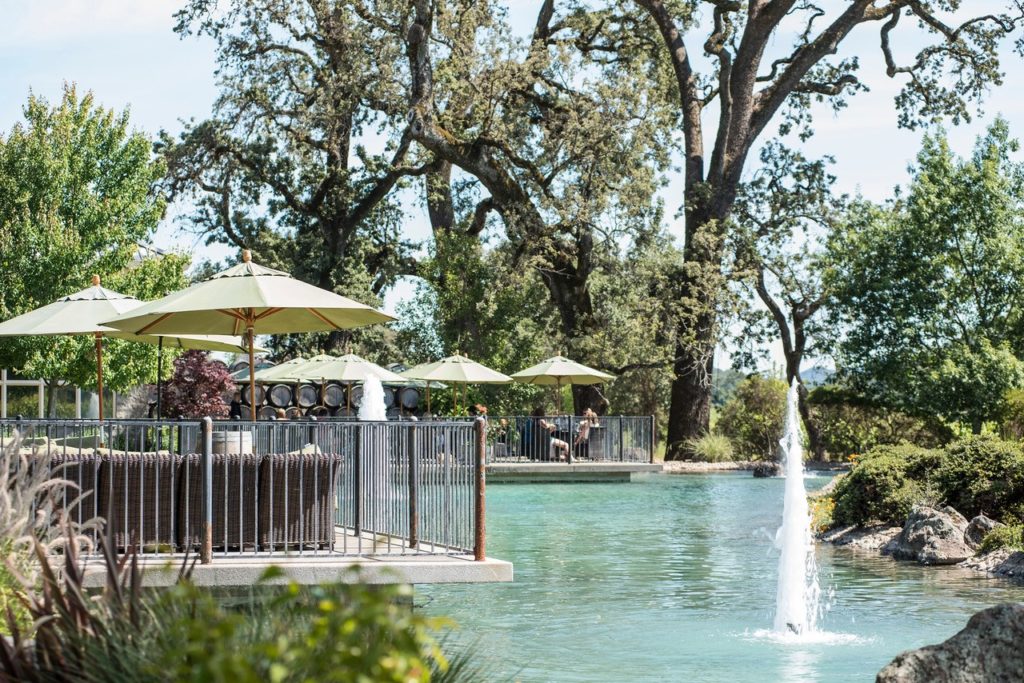 10 Top Winery Patios in Sonoma County That Are Now Open 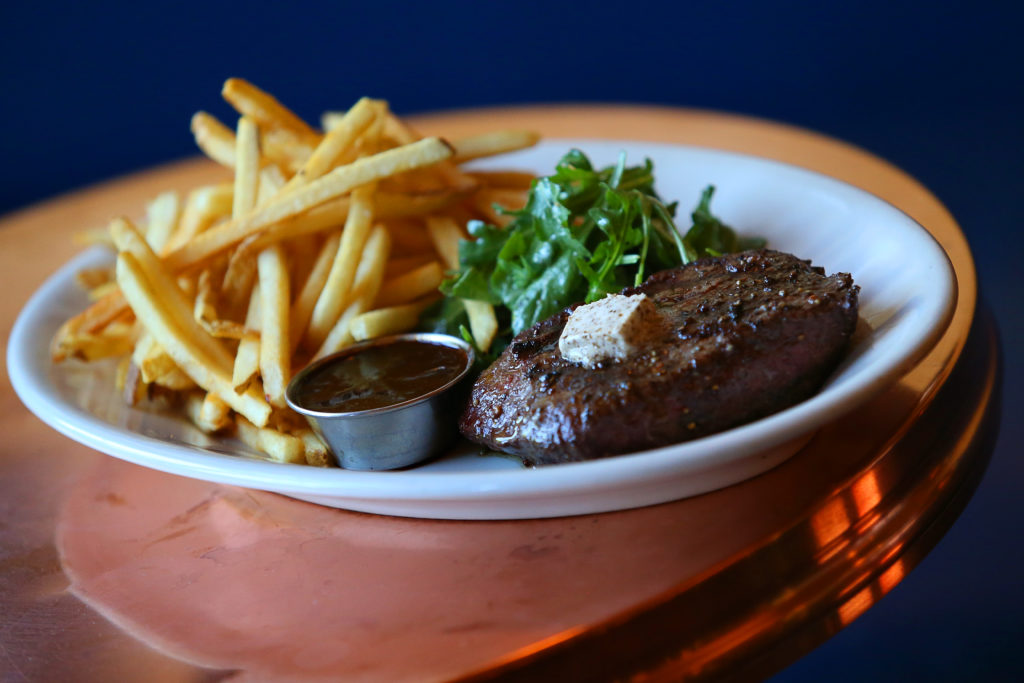 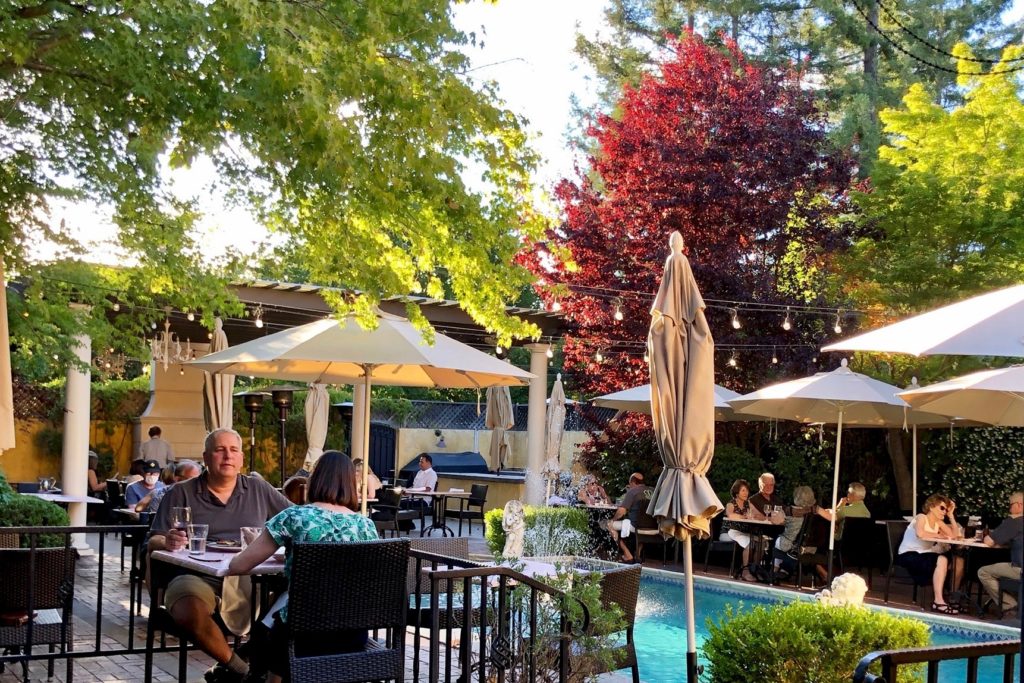 You Can Spend the Night at This Winery Chateau in Healdsburg

It doesn't get much more Wine Country than this.