Down a dark and narrow alley that seemingly leads nowhere — especially if you’ve never ventured into the bowels of the century-old Lan Mart Building in Petaluma — is one of the most exciting new restaurants in Sonoma County.

With just six tables and 300 feet of dining space, Street Social feels like the most logical extension of the buzzy underground pop-ups that owners Jevon Martin and Marjorie Pier have hosted up and down the California coast for years. With just over a dozen diners in the restaurant at its busiest, it’s unavoidably intimate and makes you feel like you’ve stumbled across a secret culinary hideout. You have. But with a reservation, anyone’s welcome.

Taking over the former Twisted 2 space in downtown Petaluma, Street Social is every bit as quirky as that restaurant, with a labyrinthine kitchen where Martin bustles between a glass-enclosed mise en place area in the dining room and a larger kitchen tucked in back, down several stairs he climbs hundreds of times a day. It’s not a kitchen many chefs would dream of, but it somehow works.

Patrons of Glen Ellen Star may know Chef Martin from his three-year stretch at Sonoma Valley’s most obsessively farm-to-table restaurant, though the couple met and made their way north from Los Angeles via a brief stint in Santa Cruz. Cultivating relationships from the Star, along with many of his own, Martin has put together a menu that’s both simple and exceedingly specific, with ingredients like ashitaba powder (a Japanese superfood veggie he sources from Mike Benziger of Glentucky Farm), homemade chorizo marmalade and caramel corn made with duck fat.

Though it seems tiresome to repeat the hazy adage about local sourcing, it’s part of the couple’s way of creating community through food. Using top-tier purveyors like Green String Farm, Stemple Creek Ranch and Anna’s Seafood isn’t just lip service but a pillar of their business. The clean, unadulterated flavors reflect that.

“We really believe in creating community at the restaurant by using meat, seafood, wine. … The idea is all sustainable,” Pier said.

Pier is manager, server and host, along with sommelier, busser and sometime dishwasher. She easily walks guests through the dishes, though Martin is usually within earshot if there are questions. Mostly it’s the two of them running the entirety of the operation, though Pier said they’ve recently had to hire a couple of extra hands on busy weekends.

Though the space is, in total, just over 600 feet, Pier said they moved to Sonoma County intentionally to “root down” and find a brick and mortar space of their own. If the food and ambiance are any indication of early success, chances are they’ll grow out of their tiny space quickly.

Then again, maybe it’s enough to have a secret culinary club of one’s own.

It’s almost unfair to recommend specific dishes because chances are they’ll change up by the time you get there, and that’s the very delicious nature of the beast. The menu is brief and focused on a handful of well-created dishes rather than a laundry list catering to myriad food allergies, preferences and lifestyle choices. You are here to be surprised and delighted with this food, and altering it in any way misses the point. (Though, yes, they are willing to accommodate you whenever possible).

Ricotta Toast, $12: A thick slice of toasted Della Fattoria is an edible raft for piles of homemade ricotta, salmon caviar and dill pickle powder. So exceedingly simple, but brilliant with unexpected pops of briny caviar, vinegary pickle and dill and creamy homemade cheese.

Charred Brassicas with Miso Caesar, $13: No, you’re not the only person who has no idea what brassicas are. I thought it was a fish (that’s branzino). Brassicas are an entire genus of cruciferous vegetables in the turnip, kale, cauliflower and mustard green family. Here, however, the sulfury flavor is replaced by a kicky miso Caesar dressing, making for a chewy umami-bomb of a salad. Every bite is a surprise.

Kohlrabi and Scallop Chowder, $25: Not all scallops are created equal. The other night, at a highly rated Santa Rosa restaurant, I had a dish of scallops that was not only full of sand, but fishy and off. Just two nights before, at Street Social, the sweet, perfectly cooked scallops in this hearty chowder set the bar high for what a scallop should be. Kohlrabi, a hearty winter vegetable, is tempered by bits of Yukon gold potatoes, bits of scallop and a single seared scallop swimming in a creamy kohlrabi stock. Topped by fried potatoes and chorizo marmalade and microgreens, it’s a wintery warmer you’ll wish you could recreate at home.

Slow Braised Beef, $29: Fall-apart short rib is great, but hand-milled red flint polenta (from GreenString Farm) with all of the cheese and butter make this extra special. With sautéed mustard greens and buttermilk shallot rings just because.

Duck Fat Carmel Corn, $6: Instead of cream or butter, this uses duck fat in the actual caramel. So yeah, it’s deluxe.

Beet Tartare, $11: Pierpointed out very clearly that this is not beef tartare, but beet, since there has been some confusion. There is no confusion that this takes beet salad to a new level, with ruby jewels of roasted red beets cut into a perfect brunoise, then studded with salty capers, herbs and microgreens with a tiny dollop of Dijon mustard on top. Homemade sweet potato chips are the perfect carriers for all the veggie goodness.

Chicken Liver Mousse, $13: Offal can be divisive, but with enough butter, cognac and cream, chicken liver becomes a silky spread for deeply pocketed, savory Cassava waffles. Sweet, caramelized onion jam, pickled onions and “gribenes” (crispy crumbs of chicken skin) round out everything. I dare you not to love this.

A brief, but well-sourced wine and beer list with bottles and by-the-glass offerings is made to compliment the food and easily does. 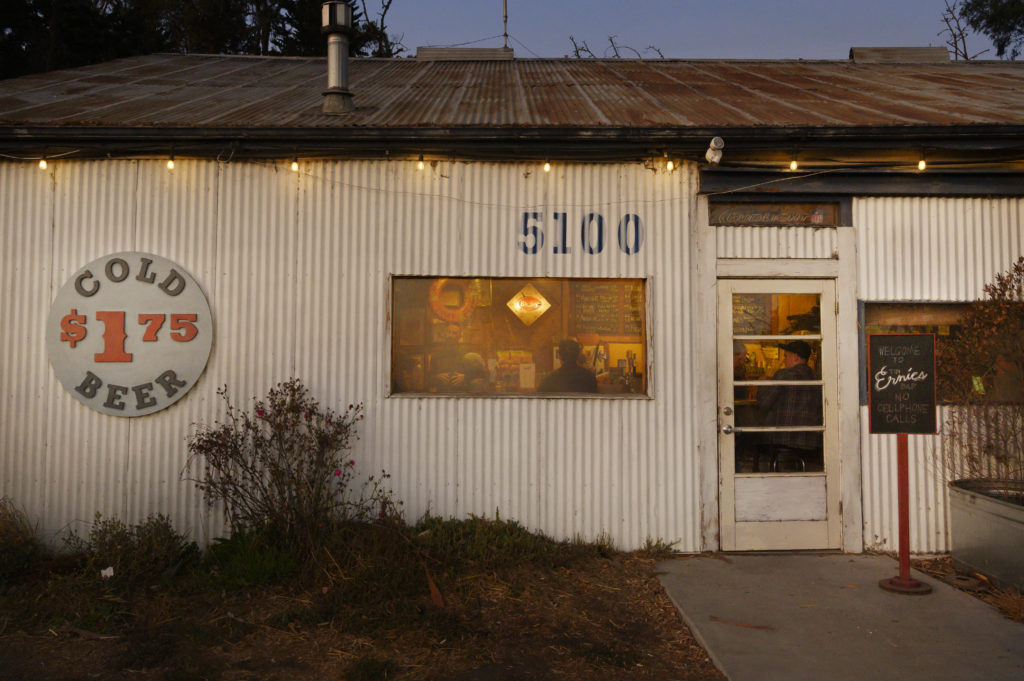 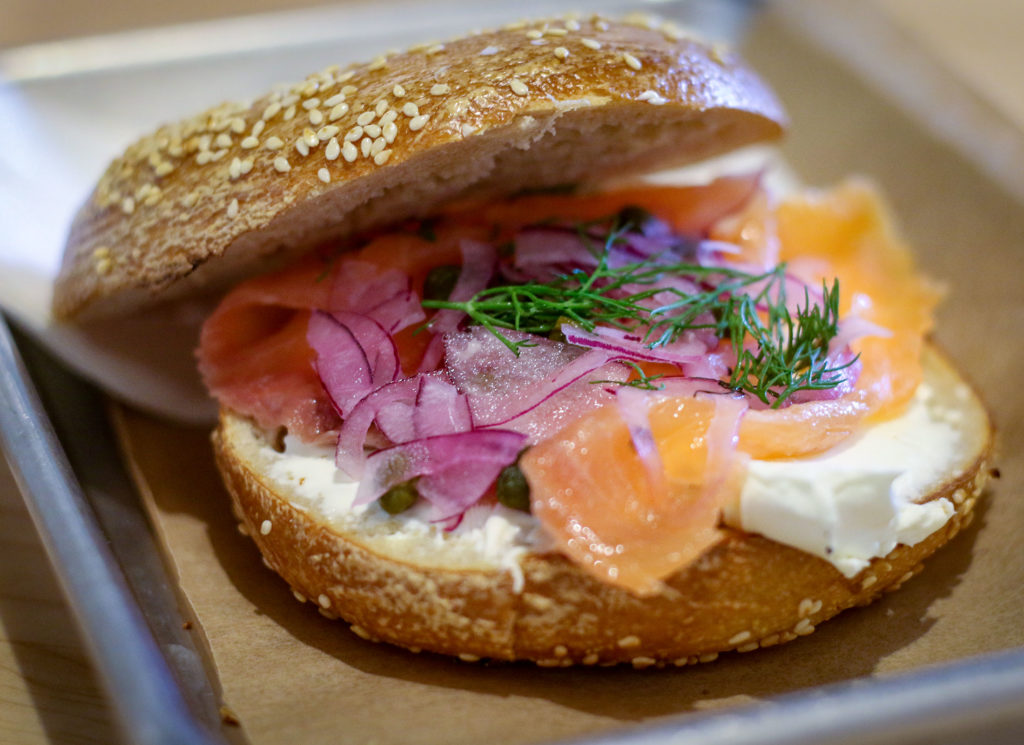 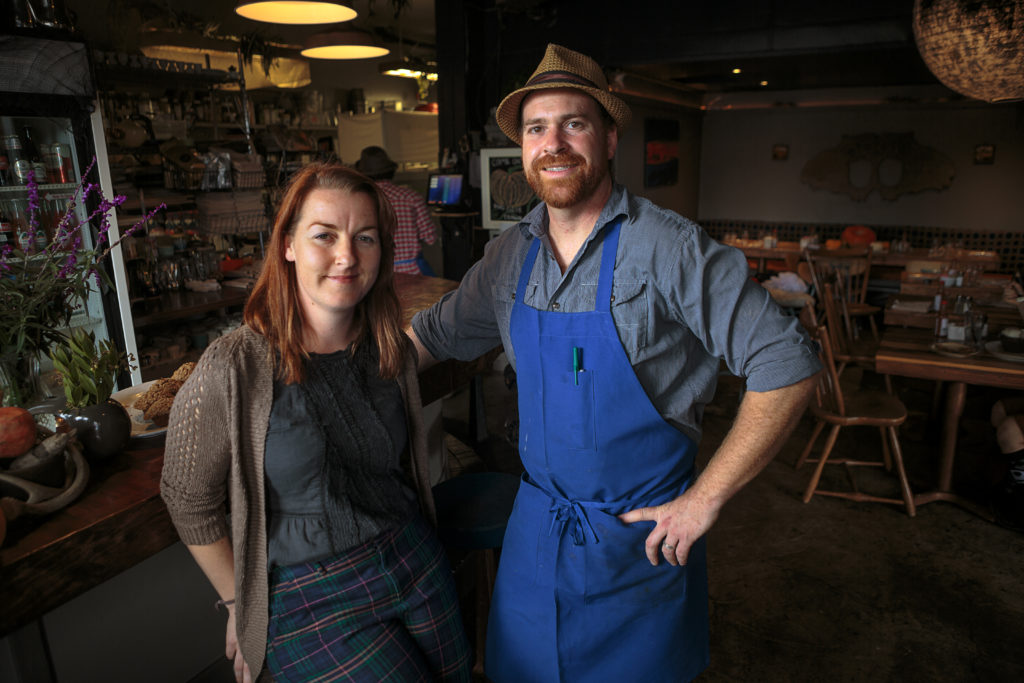 Petaluma's Wishbone Isn't Closing...But It Is For Sale

Noodle soup translates into warmth and happiness in just about any language, but in Japan, it’s called ramen.