It’s cold outside and the rain is coming down. But inside Ernie’s Tin Bar near Petaluma, a stove fire brings warmth to patrons unwinding after the workday. Since 1923, this corrugated shack on Lakeville Highway has offered respite from the bustling world outside its door. That’s especially true in winter, when the glow of string lights and a neon “Speakeasy” sign in the fogged window beckon commuters to stop and wait out traffic jams along the notoriously dangerous road. The dress code ranges from boots and polished loafers to pressed suits and work uniforms.

“Some people are coming in after wine tasting. Some are coming in after working on a job site,” Seth Bodek, a 45-year-old construction worker from San Francisco, said while sipping a rare Fuchshof cider from Germany. To the surprise of many who stop here, Ernie’s has one of the North Bay’s most satisfying and eclectic beer and cider selections on tap, including Pliny the Younger. The insanely popular, hop-heavy winter release arrives in kegs from Russian River Brewing Company in early February. At the other end of the hoppy spectrum, Ernie’s customers can down a Hamm’s for $1.75 a can.

Snack on all the shelled peanuts you want, but keep your cellphone tucked away. The bar’s owners frown upon their use. “People talk, and if you sit down, you’re going to end up in a conversation with somebody,” said third-generation proprietor Ernie Altenreuther, a married father of three who lives on the family ranch just up the road.

Imbibe a little too much? Ernie’s offers free rides to customers living within a 16-mile radius of the establishment. On winter nights, that’s the kind of service that truly warms the soul. 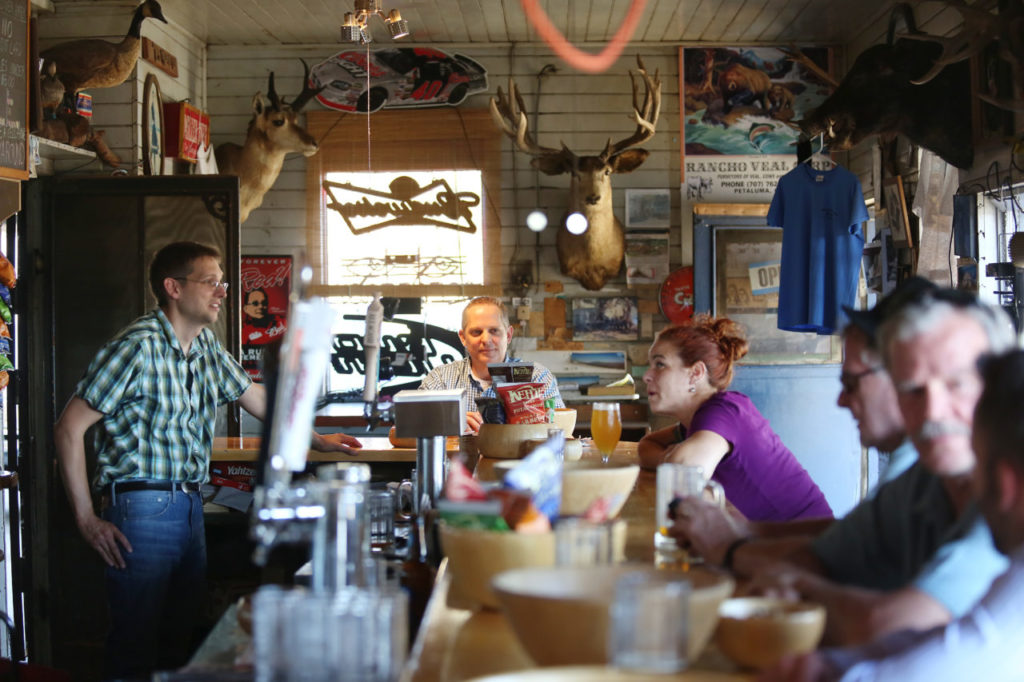 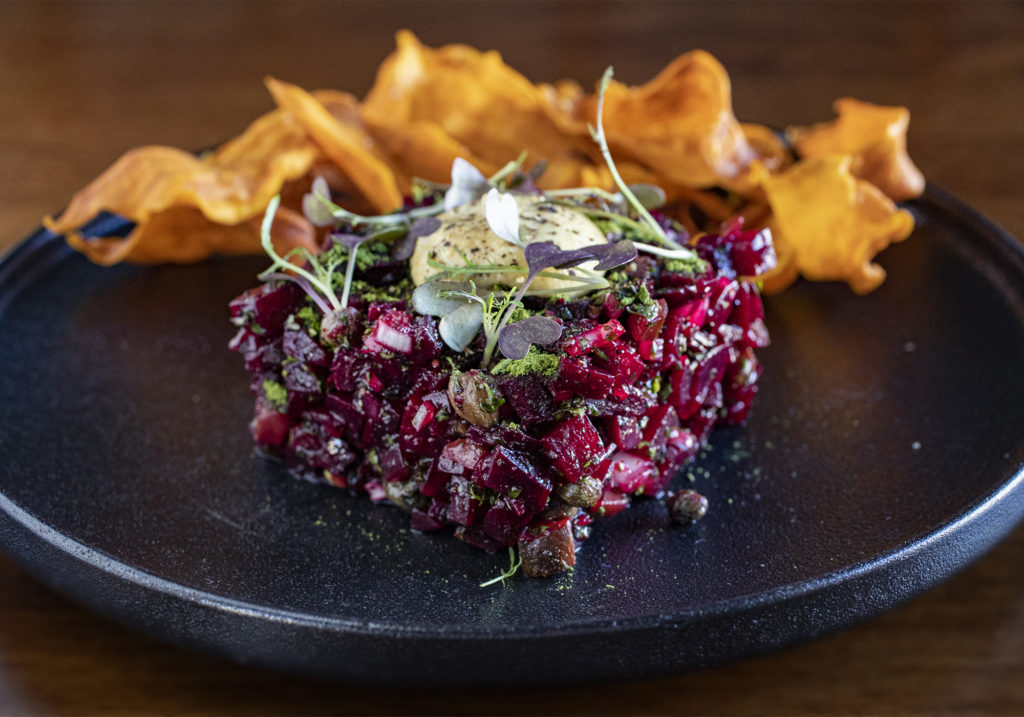 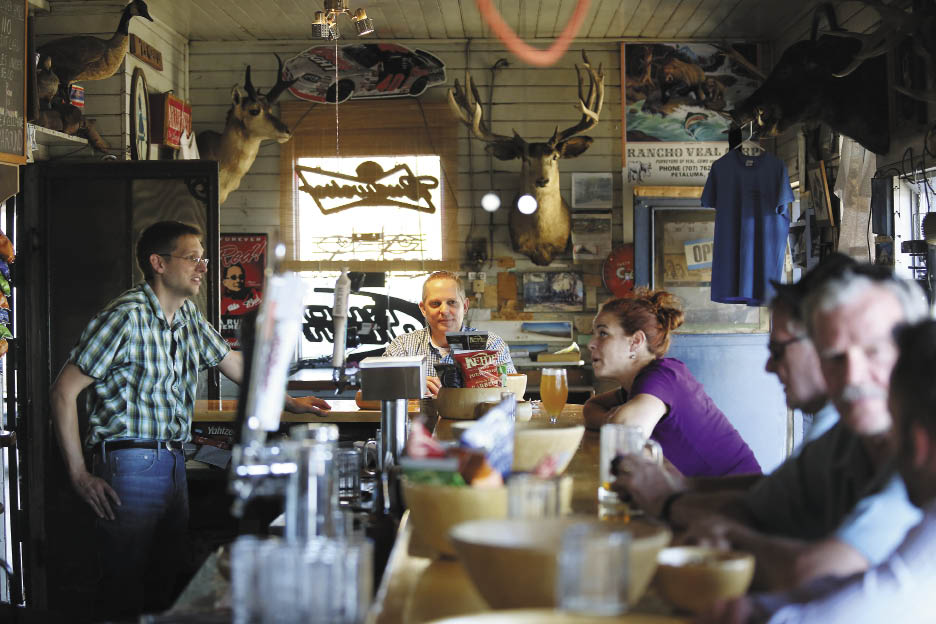 Drink, And Get a Free Ride Home, At This Funky Petaluma Bar

Start the year right with some delicious dishes that are good for your health and the planet.