Tim Goeppinger isn’t afraid to experiment. As the head brewer at Sonoma Springs Brewing Company, the only brewery located in the City of Sonoma, Goeppinger continues to expand his lineup of California and German style beers – and he’s prolific in his production. This month’s upcoming release of “Sonoma S.M.A.S.H.” marks his 7th release in 2017 – yes, that is seven beers in two months, two in March alone. 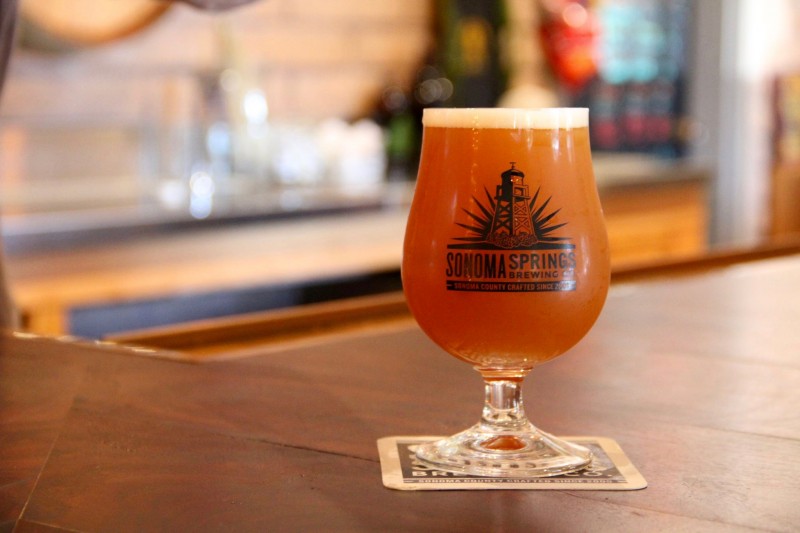 The beginning of March saw the release of “Duck Duck Joose,” a Northeast-style IPA. A hazy IPA, “Duck Duck Joose” has seven types of hops that create a smooth, refreshing beer with berry notes. On March 20, Sonoma Springs will release “Sonoma S.M.A.S.H.” It’s a single malt, single hop beer made with Huell Melon hops. This beer showcases the distinct flavor of the German hops it uses, which is known for it’s delicate melon and strawberry flavors.

Visitors to the Sonoma taproom on Riverside Drive can taste these two new beers alongside Sonoma Springs standard’s such as their Kolsch and Subliminal Gold IPA, and recent releases such as the pineapple-y “Juicy in the Sky” and aptly named “Women Are Smarter” saison. 19499 Riverside Dr., Suite 101. sonomasprings.com

4 Season-Perfect Items for Your Spring Getaway

It's time to say sayonara to winter with a spring getaway.