For perhaps the first time in human history, music festival goers can say, “I’m just here for the lamb butchery.”

But it probably won’t be the last, since chef-tertainment — chefs as rock star entertainers — are one of the hottest trends at summer music festivals like this week’s BottleRock, San Francisco’s Outside Lands, Coachella and the recently-announced Desert Trip. Taking top billing next to music icons, chefs have become high profile attractions in their own right, thanks to the Food Network, Top Chef and Chopped.

Napa’s BottleRock, however, has taken the cake this year, with an expansive culinary stage featuring chefs Masaharu Morimoto, Tyler Florence, Gorden Ramsay, Michael Voltaggio, along with local toques including Chris Cosentino, Michael Mina, Curtis DiFede and Sonoma County’s own Ari Weiswasser. Paired up with acts like Greenday, Cheech & Chong, drummer Taylor Hawkins of the FooFighters, Grouplove and NFL stars Dwight Clark, Charles Woodson and Vernon Davis, the focus is on food-focused entertainment rather than serious cooking.

And the aforementioned lamb butchery.

It all makes perfect sense, considering Wine Country’s draw for food and wine. But it’s also about the continual rise of chefs as entertainers.

“There’s a lot of entertainment value here, and general interest in food and chefs is the highest I can remember,” he said. There’s also the whole spectacle of breaking down a whole lamb on stage, in front of hundreds of festival-goers, assisted by three football players, which Weiswasser will attempt to do on Sunday on the Williams-Sonoma Culinary Stage at BottleRock.

“It’s live and something is going to go wrong,” he said. “But its a microcosm of your restaurant, and you have to just react. I’ve (butchered) a thousand lambs, but I might screw it up. If I give Vernon Davis a hacksaw and he’s doing a great job butchering, I’m gonna have to ask him why he’s so comfortable with a hacksaw,” Weiswasser joked.

At last year’s BottleRock, one of the most popular acts on the culinary stage was Chef Morimoto teamed up with rapper and cannabis activist Snoop Dogg. The theme for the demo: Rolling Skills, be it sushi or otherwise. When given a piece of dried seaweed and some rice, Dogg nailed the roll and Morimoto took a shot a singing. Suffice to say, both probably should stick to their day jobs, but it made for a great show.

So how do organizers get a synchronicity between chefs and performers, or even know which chefs to pick?

“You start with the chefs,” said Dave Graham, CEO of Latitude 38 Entertainment, which organizes the BottleRock festival. Graham and his management team simply sit aroundthrowing out “the craziest ideas ever”, maybe doing an internet search on what kind of food a certain band likes, said Graham, “It’s just sitting down and spitballing. Most of it sticks, some of it doesn’t,” he said.

He explained the choice of San Francisco chef Chris Cosentino, known for his love of meats, offal and irreverent sensibilities. “I’ve had his food, and there’s always smoke component to it,” said Graham. Who likes smoking things? Thursday night performers Cheech and Chong. Suddenly, it’s a match made in heaven. Or at least a really promising blind date. The trio will ad lib their way through a half hour of entertainment on the Williams-Sonoma Culinary Stage on Friday, from 3:45 to 4:15 p.m., possibly making a one-of-a-kind cocktail and talking about savory smoked foods as the program advertises. But more than likely, go off script and just make something up.

“These aren’t infomercials,” said Graham. Local culinary personality Liam Mayclem, aka the Foodie Chap, keeps the stage rolling through awkward, unrehearsed moments as the emcee. “Liam does a great job of keeping it all together,” said Graham, “He just reads the room.” 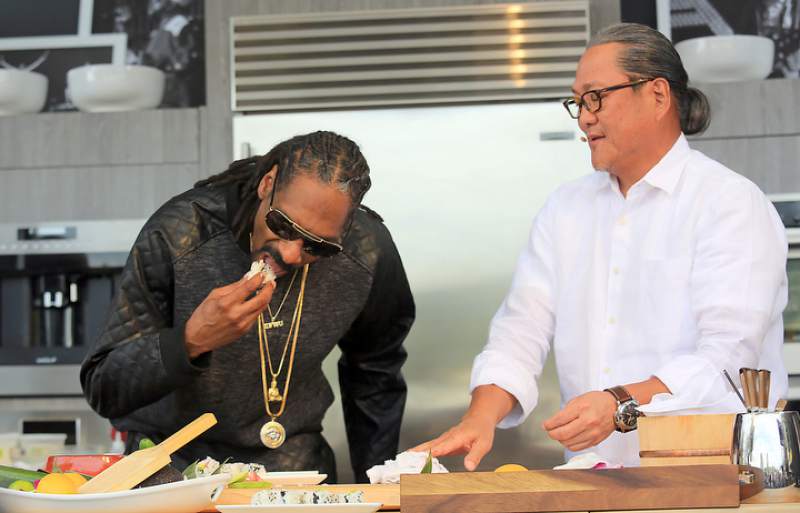 For more details on the lineup, check out BottleRockNapaValley.com. 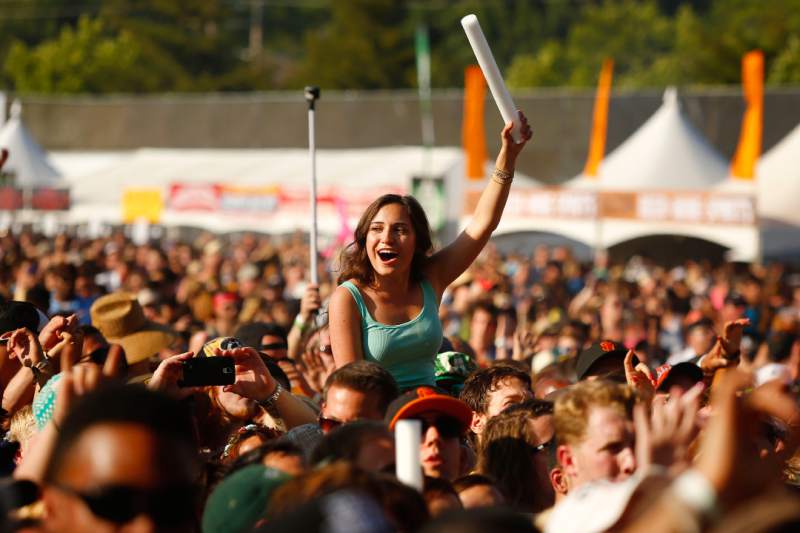