How to Spend a Perfect Day in Forestville, CA

Take a Hike Then Sip Some Wine at These Sonoma Wineries

Jenny Harrow will lead a winter solstice forest bathing excursion on Saturday, Dec. 21, location to be announced. Cost is $30. For more information or to register, visit ecowisdomwellness.com.

Like many of us, Sonoma County native Jenny Harrow can get overwhelmed by the demands of the season. When that happens, she recommends a nice, long bath.

This is no ordinary soaking, more an immersion in nature rather than water. Harrow is a local expert in shinrin-yoku, the Japanese practice of “forest bathing,” in which the stressed-out seek relief from an anxious world by heading to the outdoors.

Shinrin-yoku combines elements of Shinto and Buddhist teachings to promote intense awareness of natural surroundings in its practitioners. A growing body of scientific research shows time in nature can relieve a variety of modern-day ailments, from depression and anxiety to high blood pressure and cognitive decline.

“We don’t have to be outside only when it’s sunny or nice,” she said. “I’ve led excursions in the rain.” In the winter season, Occidental’s Grove of Old Trees is a favorite spot: last December, she led a winter solstice forest bathing event in the grove that brought together nearly two dozen enthusiasts. 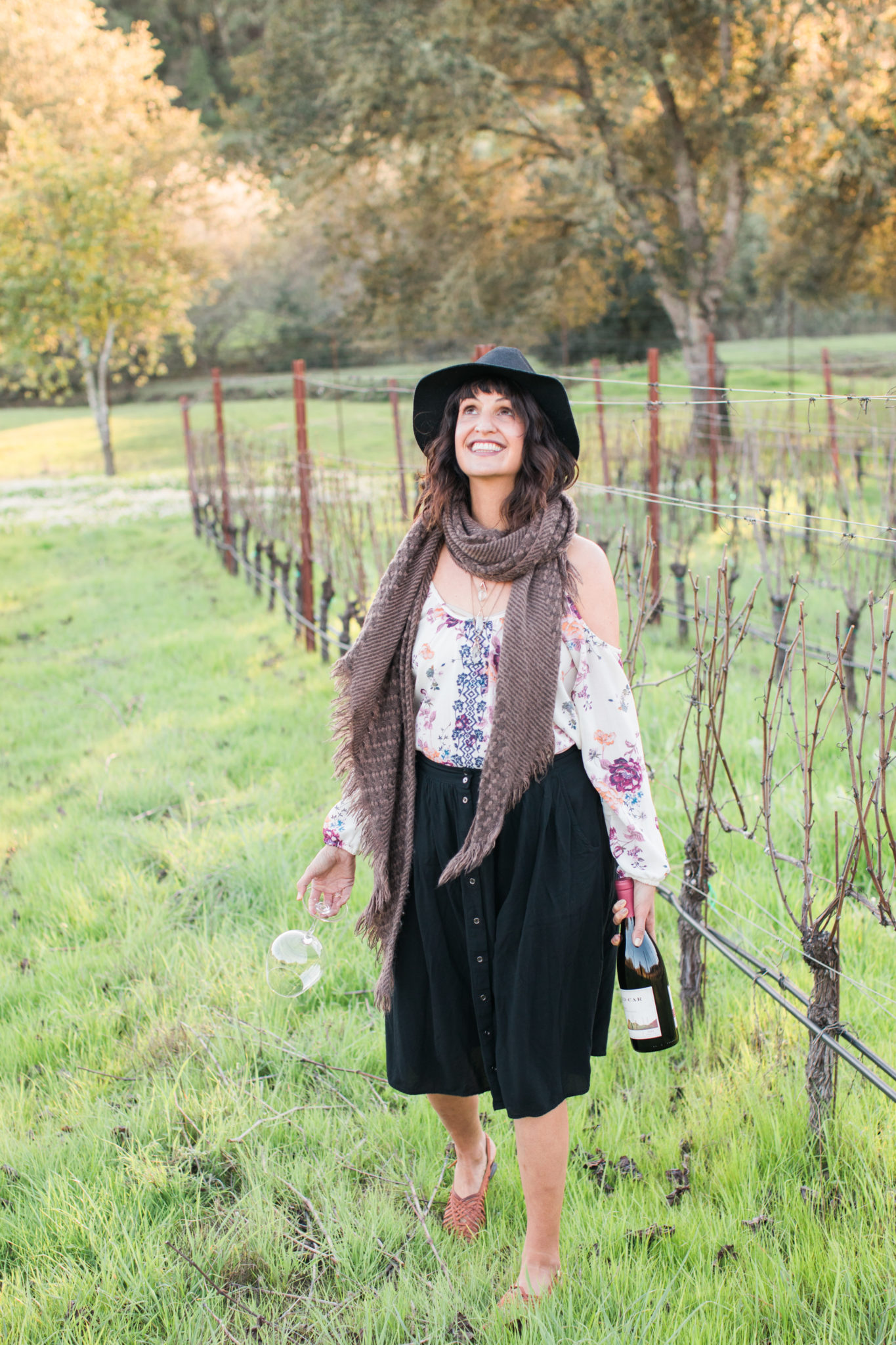 Harrow’s journey to becoming a certified forest therapy guide began after she was nearly killed in a 2014 scooter crash in Texas. While her body healed, she decided to move back to Sonoma County and enroll in courses in the healing arts. Harrow now leads regular forest bathing excursions, including in Crane Canyon Regional Park and Sugarloaf Ridge State Park, as well as on vineyard lands in conjunction with Red Car Wine Co. and others. Harrow’s popular winery events are “an approachable way for people to practice mindfulness,” she says.

Jenny Harrow will lead a winter solstice forest bathing excursion on Saturday, Dec. 21, location to be announced. Cost is $30. For more information or to register, visit ecowisdomwellness.com.

Forest bathing requires no special equipment, and there’s no need even for a forest, as long as there is some semblance of nature along the path. The destination is not the point. “It’s just slowing down and being present, and noticing when you do those things, the whole universe opens up to you,” Harrow said. 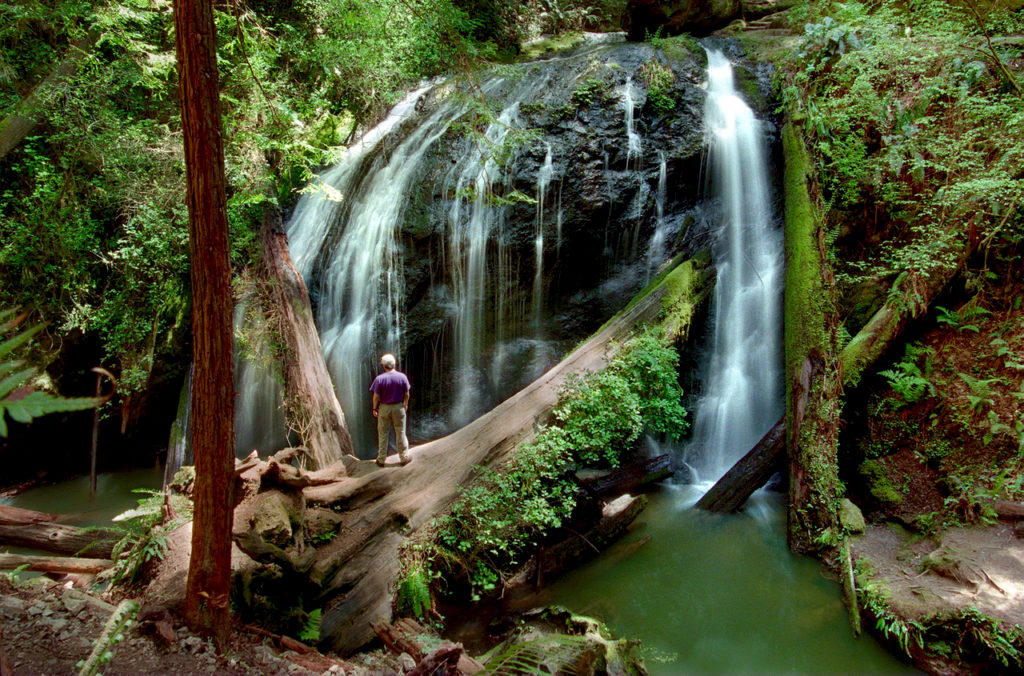 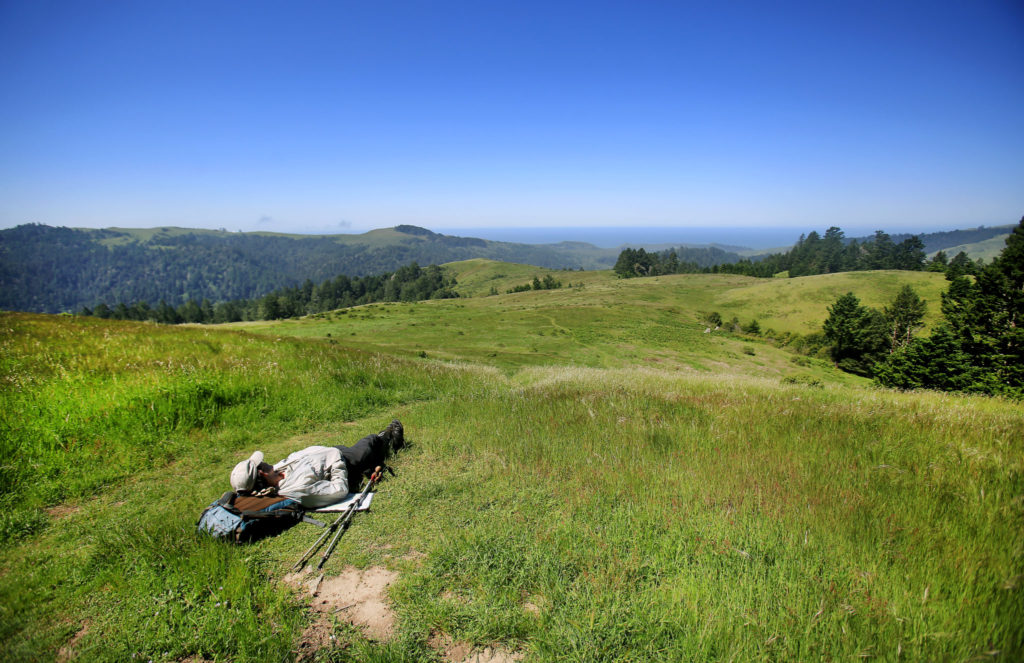