Inspired by the “resilience and creativity of chefs” during the pandemic, Michelin inspectors have named Sebastopol’s Khom Loi as one of 10 notable new San Francisco and Wine Country restaurants in its online guide.

The acknowledgment, chef-owner Matthew Williams said, is appreciated and immediately increased reservations for the Thai restaurant, which were lagging as the fourth wave of COVID, and indoor mask mandates took hold.

“It’s a nice thing for our entire staff at not the easiest time. It’s humbling and great because we’ve put a lot of work in to keep up with health and safety mandates and live up to the mission we planned,” said Williams, who also co-owns Ramen Gaijin, a ramen shop, with Chef Moishe Hahn-Schuman.

The honor, announced Wednesday, comes in advance of the 2021 San Francisco and Wine Country Michelin Guide’s awarding of coveted stars and bib gourmands in late September.

Ramen Gaijin has been a bib gourmand selection since 2016, given to restaurants that are “good quality, good value restaurants,” while the star awards go to higher-end restaurants. Williams said he hopes the recent recognition might be a precursor to a bib gourmand for Khom Loi.

Resilience, however, has lost much of its meaning for Williams, who opened Khom Loi during the pandemic. The restaurant then closed, then opened again, then closed and finally reopened as mandates about indoor and outdoor dining fluctuated throughout the past year and a half. After facing potential power shut-offs this summer, a tough labor market and wildfire season, Williams said he’s grateful for the surprising news from the Michelin team.

Michelin’s anonymous chief inspector of North America called the restaurant’s menu “spiced and seasoned with little hesitation and fresh and electric at the same time.”  The inspector also noted Williams and Hahn-Schuman’s passion for the flavors of Thailand.

“Extensive travel throughout Thailand has informed and inspired this team to bring a taste of Chiang Mai to Sebastopol. The house-made Thai sausage is superb; and the paste for all the curries are made in-house, with our favorite being the green curry with Manila clams and potatoes,” the anonymous chief inspector wrote.

The praise from Michelin comes on the heels of a strongly critical essay in the San Francisco Chronicle accusing the chefs of cultural appropriation.

The two chefs, who are white, drew stinging criticism from the paper’s restaurant critic, Soleil Ho, for opening a Thai restaurant after “occasional travel” to Thailand and claiming their food was cooked “as you would find in Thailand.” She also blasted the restaurant for menu inaccuracies and profiting from a “fatuous claim of authenticity.”

Williams takes the commentary in stride.

“The criticism is fair, and I get where it is coming from. We just answer it by saying our travels and experiences around the world influence our style of cooking. Ultimately, we’re running Sonoma County restaurants that showcase local ranchers and farmers and create a place to gather.”

“We look at (Thai and Japanese cuisine) as something we are passionate about. Moishe has been cooking Thai food for 20 years after living, traveling and paying deep attention to the cooks of Thailand. We look at it as a form of advocacy, but it’s certainly a real critique,” Williams said. 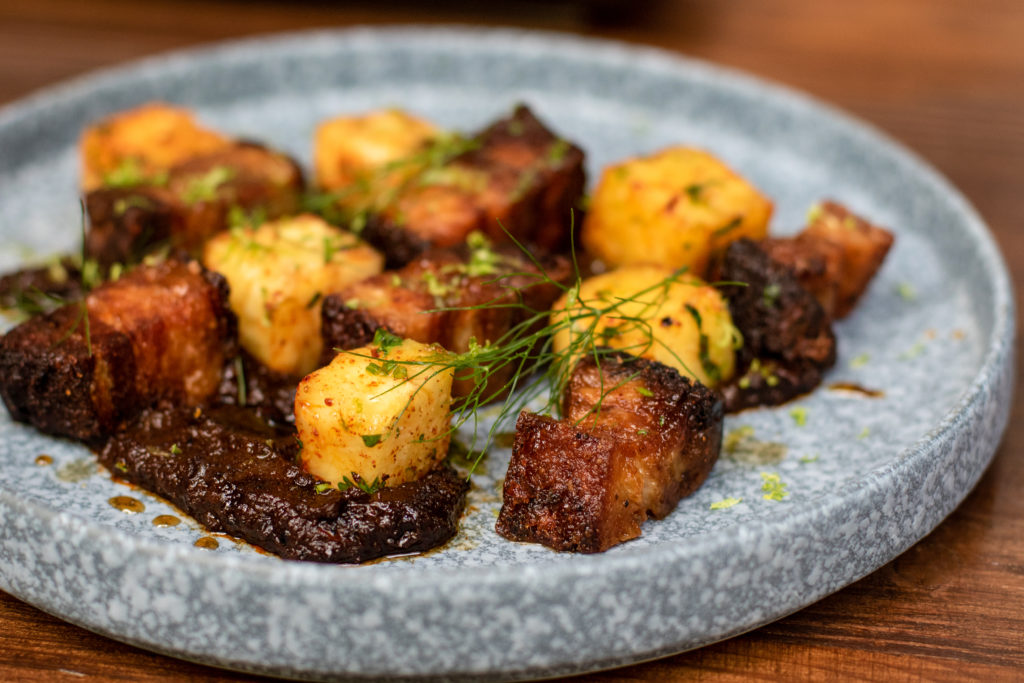 These four spots offer gourmet ingredients worth the trip.