Burdock, the newly opened sister eatery to Duke’s Spirited Cocktails, is Healdsburg’s version of Harry Potter’s Platform Nine and Three-Quarters, existing only to a self-selecting crowd. Once inside, you see there’s a bit of magic about it.

Wedged between Duke’s and the former Brass Rabbit, the restaurant is an impossibly long and narrow passage, a secret alleyway edged in brick where wanderers discover a secluded market of top-shelf bourbon, tiki drinks and caviar puffs.

That may be overselling it, but after Beverage Director Michael Richardson makes you a stiff drink or four, dancing sprites aren’t out of the question.

So what is Burdock, exactly? Therein lies the quandary. Even the staff say it’s a work in progress, with ideas and menus inherited from the former Duke’s founders. On the cusp of the fifth anniversary of Duke’s Spirited Cocktails last April, the popular farm-to-glass bar was left rudderless when founders Tara Heffernon, Steven Maduro, Laura Sanfilippo and Cappy Sorentino left the business over a dispute with founding investor David “Duke” Ducommon.

Burdock was slated to open soon after, but its debut was pushed back until late June, when it opened with Chef Michael Pihl and Richardson.

Both are ridiculously overqualified for the gig, Pihl with stints at the former Michelin-starred Cyrus, Mustards Grill in Napa, Bungalow 44 in Mill Valley and Michael Mina’s Bourbon Steak and Richardson a bar veteran who opened high-end bar programs in Las Vegas and co-founded Frankie’s Tiki Room there.

Though the restaurant hasn’t quite settled on its point of view, and Pihl is already planning a new menu (possibly Southern with bourbon pairings), there’s still something extraordinary about its in-betweenness.

We should mention that this is upscale Healdsburg and the prices at Burdock can be shockingly high for small plates, depending on what you order, though the quality and flavors are outstanding at any cost. Cocktails are all $20, and shots of premium whiskeys can run into the triple digits. You also can order a beer (none on tap) for $10 or wine by the glass for $14 to $20.

It’s rare to be so moved by such minuscule portions — small plates are tiny here — but sometimes less is absolutely more.

Crispy Pork Belly, $14: Fatty, meaty, crispy squares of pork belly with soft, warm bites of pineapple. What takes this dish to the next level is the mole — a thick gravy of chiles, warm spices, chocolate and nuts. There’s no bitterness, just the lasting flavor of sweet-savory warmth. A steal of a deal.

Akaushi Beef Carpaccio, $26: It’s perhaps a splurge, but it’s so memorable you’ll forget the price and only remember the whisper-thin slices of premium raw beef, gooey egg yolk and the earthy note of mushroom and tangy Pecorino cheese. If swagger had a flavor, this would be it.

Ahi Tuna Tartare, $17: Three little spoons with barely a bite of raw tuna had us snorting in disbelief. Really? Then we ate them. Oh. A flavor bomb of clean and briny tuna, a zing of sweet-tart Meyer lemon, specks of porcini mushroom, a hint of olive oil, a dot of crème fraîche and a crunch of popped farro. The richness would have been overpowering in a larger portion.

Griddled Asparagus, $9: Excellent with crisp Calabrian chile, but sadly, it doesn’t pair well with anything but a crisp chardonnay or beer.

Caviar Puffs, $28: This is lily gilding at its best — tiny gougeres (cheese puffs) filled with whipped brie and topped with pearls of Israeli Ostera caviar. I don’t think the caviar makes this dish worth the price, especially when we have solid Californian caviar. Call me a rube.

The drinks: I wasn’t overwhelmed by the listed cocktails, but I went wild for Richardson’s custom tiki drinks. These aren’t the farm-to-glass cocktails you’ll get next door at Duke’s but more serious mixed drinks that show off his experience.

Just so you know, although Burdock and Duke’s share a kitchen, you can’t get Duke’s casual menu at Burdock nor Burdock’s menu at Duke’s. It’s worth experiencing both spots, however, for their unique vibes. 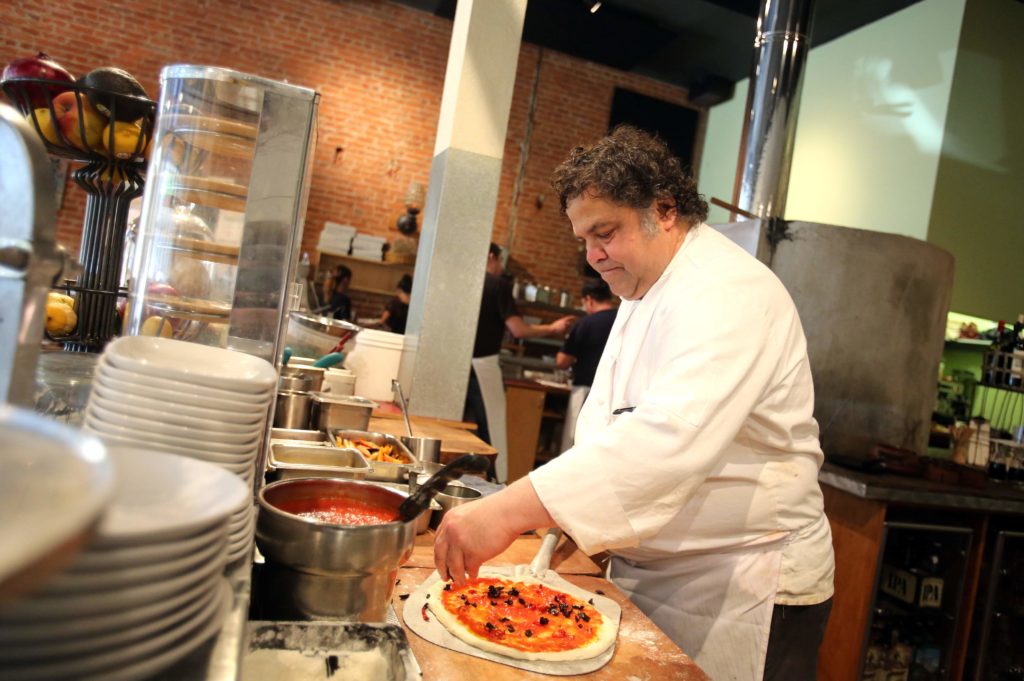 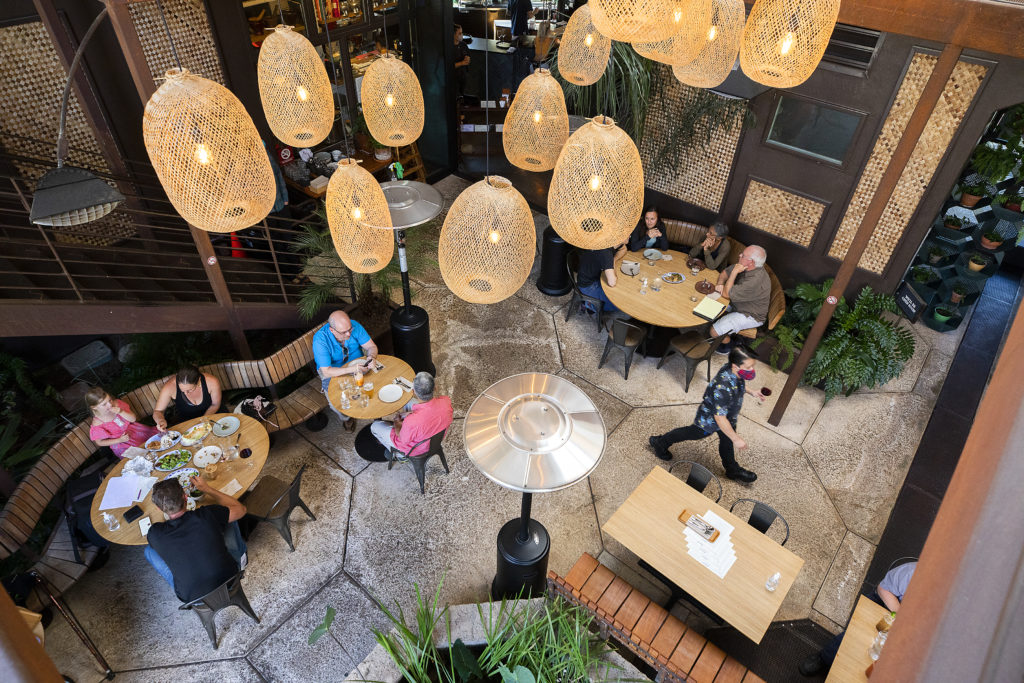 'It's Humbling and Great:' Sebastopol Restaurant Honored by Michelin 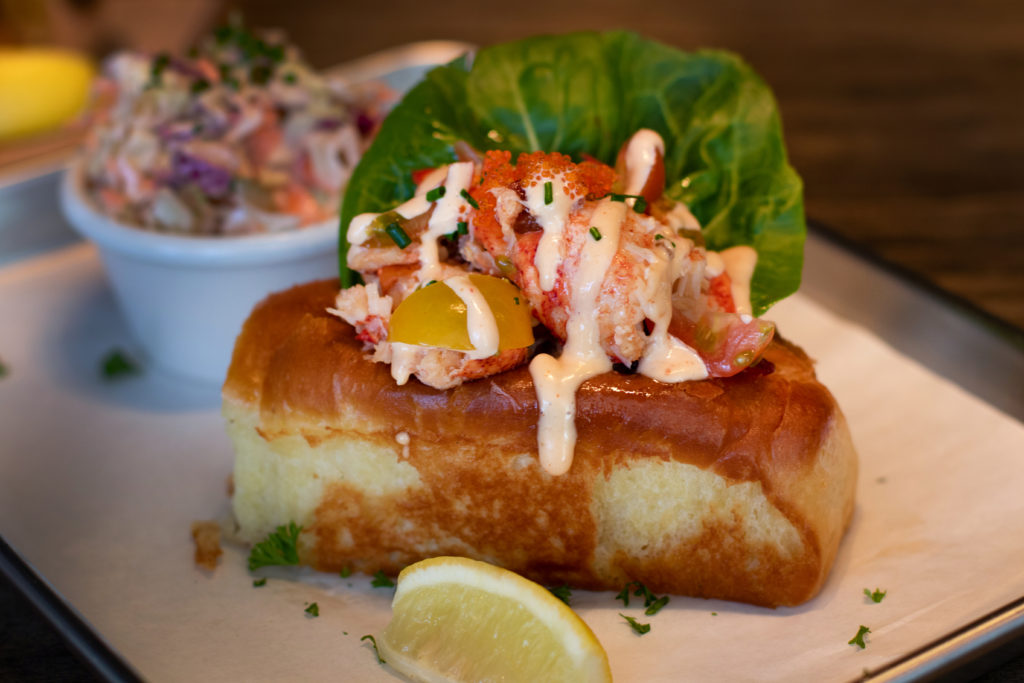 Come for the wine, stay for the food. These wineries go all-out with great dishes to accompany their wines.