It’s easy to assume cheesecake originated in France, where the arts of cheese-making and pastry-baking have been perfected. Or in New York, the state with a famous cheesecake style named after it. But the predecessor to our modern cheesecake, according to the historians and anthropologists who have traced its origin, can be found in ancient Greece. Here, by the Mediterranean Sea, the creamy, cheesy confection was a popular wedding dessert and might even have been served to athletes during the first Olympic Games in 776 B.C.

While the dessert was most likely around centuries earlier, the first known written record of the Greek cheesecake recipe is attributed to Greek writer Athenaeus around 230 A.D. The rudimentary cheesecake was made with fresh cheese, pounded until smooth, mixed with flour and honey and then baked. Romans are said to have introduced the Grecian cheesecake across Europe, and immigrants brought the beloved dessert to America — the dish taking on new variations and baking methods with each culture it traversed.

The Forme of Cury, the first known English cookbook written during the 14th century, added eggs to the cheesecake recipe and flavored the dessert with rosewater and dried elderflowers. The ultra dense New York-style cheesecake, credited to restaurateur Arnold Reuben in the 1920s, goes heavy on the cream cheese. The trendy, burnt-topped Basque-style cheesecake (or tarta de queso), created in 1990 by chef Santiago Rivera of San Sebastian in Spain’s Basque Country, is made with a handful of simple ingredients and baked at a high temperature for a caramelized exterior and gooey center.

Käsekuchen (German cheesecake) relies on soft quark cheese, Japanese cheesecake is made fluffy and soufflé-like with the incorporation of whisked egg whites, and Sernik (Polish cheesecake) is made with twaróg cheese and potato flour. Wherever you travel in the world, you’re sure to find a unique, regional take on cheesecake.

For the first stop on your cheesecake world tour, look no further than Sonoma County, where farm cows graze on vast pastures and skilled bakers use local ingredients to craft luscious desserts. From New York to Basque-style and every flavor you can dream up, here is where you can find glorious cheesecakes all around the county to enjoy on National Cheesecake Day, July 30. Or any day of the year.

J.M. Rosen’s Cheesecakes — New York Cheesecake: You can’t go wrong with any of Jan’s Rosen’s famous cheesecakes — the Blueberry, Neapolitan, Chocolate Fantasy and Snickers Bar cheesecakes all get rave reviews. But the star of the show is the original rich and creamy New York-style cheesecake in a buttery shortbread crust — the one that made Frank Sinatra a lifelong customer. Order online (free shipping on local deliveries) or find Rosen’s cheesecakes at a number of restaurants and markets across California, including her restaurant 256 North in Petaluma. 74 E. Washington St., Petaluma, 707-773-4655, jmrosencheesecakes.com

Animo — Burnt Cheesecake: Light, creamy and rich Basque-style cheesecake with a side of whipped cream and either poached Asian pears or strawberries. 18976 Sonoma Highway, Sonoma, instagram.com/animo_restaurant 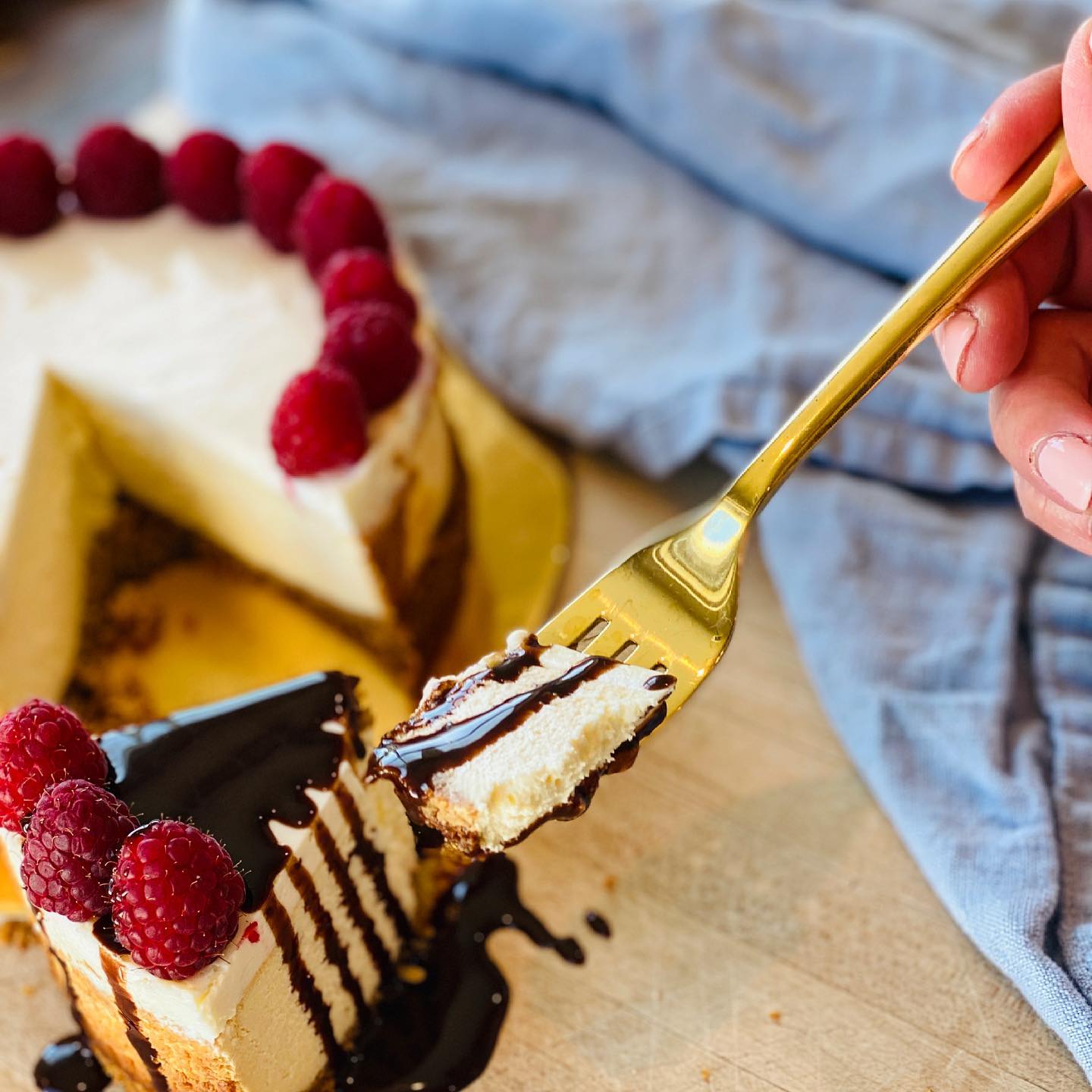