As thousands of beer-lovers from around the world descend on Sonoma County for the annual release of Pliny the Younger, there’s yet another reason to brag about our booming beer scene. Local breweries Russian River Brewing Company (Santa Rosa and Windsor) and Lagunitas (Petaluma) were just named among the top 100 breweries in the world by beer review website RateBeer, coming in at number two and 100 respectively.

The brewery ranking, released since 2001, is based on aggregated online reviews by thousands of beer enthusiasts (RateBeer receives over one million reviews annually). This marks the 12th year that Russian River Brewing Company’s (RRBC) made the top-100 list, and it’s the highest ranking yet for the brewery, beating out their number four position in 2013. Hill Farmstead Brewery in Greensboro, Vermont, took the first spot this year.

“It is a huge honor to be recognized as one of the best breweries in the world after all these years,” shares Natalie Cilzuro, Russian River Brewing Company owner and co-president.

Best known for super hoppy brews, Russian River Brewing Company is considered one of the most trendsetting and cutting edge breweries in the country. Brewmaster and co-owner Vinnie Cilzuro created one of the first commercially brewed Double and Imperial IPAs in the country, including Pliny the Elder, which was named one of the top 100 beers in the world this year by RateBeer alongside the brewery’s Consecration and Supplication ales.

Cilzuro credits RateBeer as having helped made Russian River beers among the most coveted in America, including cult favorite Pliny the Younger.

Russian River Brewing Company has been the only Sonoma County brewery to come in almost annually within the top 10 on the list, amid growing competition from an ever-expanding number of Sonoma County breweries. When the brewery was founded in 1997, there were less than a handful in the area.

“With so many young, popular breweries around,” says Cilzuro, “it is nice to know that we are still relevant to hard-core beer enthusiasts.”

Lagunitas Brewing Company, based in Petaluma and now owned by Heineken, squeezed into the list this year at number 100.

Best known for easy drinking IPA-centric session beers, Lagunitas has ranked in the top 100 every year since the RateBeer awards launched in 2001. The brewery’s highest ranking was in 2003 when they came in on number 39 and 19 in the Best North American Brewers category (now long gone due to the rise of craft beer in the United States). 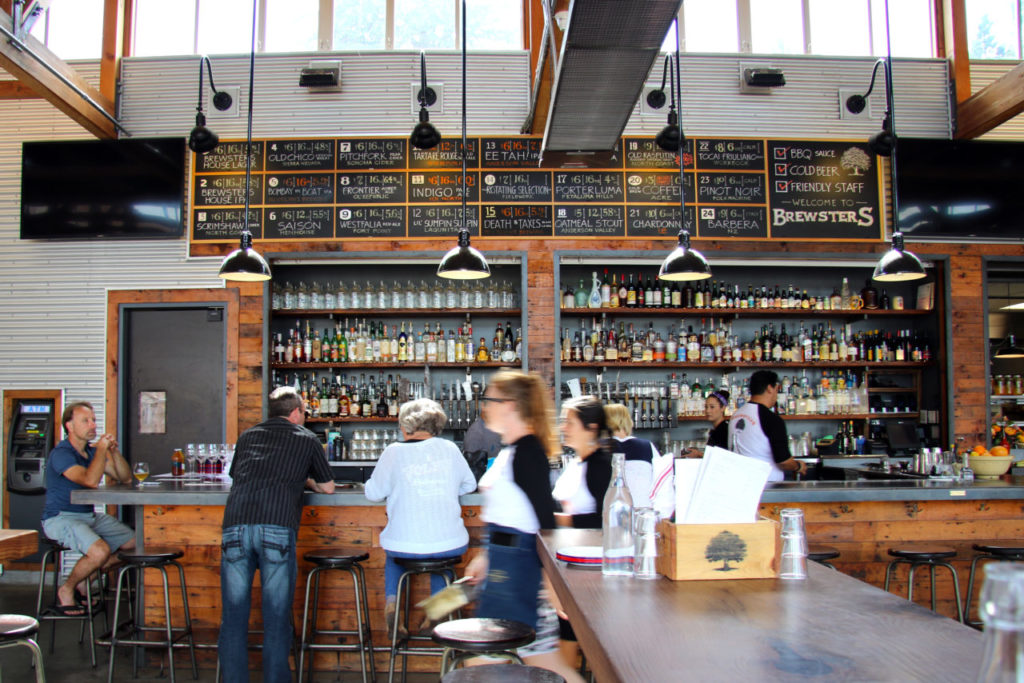