Most of the time, the Sonoma Magazine staff is a pretty humble bunch. After all, it’s hard to get hit by hubris when you’re surrounded by such natural, cultural and culinary splendor. Nevertheless, every now and then, we feel that some (well-deserved) self promotion is in place. Today is one of those days.

Following the news that Sonoma Magazine is a finalist for three national magazine awards from the CRMA, we recently found out that we have been nominated for six Maggie Awards; the most prestigious publication awards in the West. A three-time Maggie award-winner, Sonoma Magazine is nominated for the 2017 Maggies within the categories “Best Regional & State Magazine,” “Best Feature Article,” “Best Interview or Profile,” “Best Editorial Illustration,” “Best Editorial Photograph,” and “Best Overall Publication Design.”

The cherry on top? Sonoma Magazine has won an SPD (Society of Publication Designers) Merit Award for Best Photo Illustration for “The BIG Guide to Cheap Eats.”

That’s all. End of brag. Want to find out what all the fuss is about? Sign up for a Sonoma Magazine subscription here. 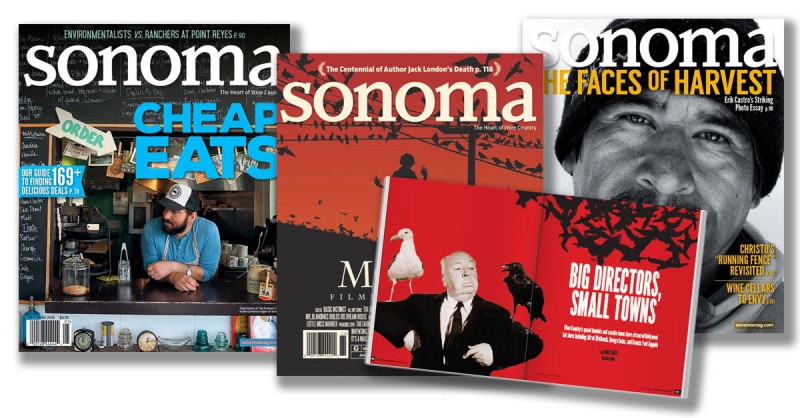 We're excited to find one of our favorite Sonoma County spots on this list.