‘Tired, Exhausted and Unmotivated:’ How Sonoma’s Students Are Doing Amid Pandemic

There’s a new wine bar on the Sonoma Plaza and it’s the first in Sonoma and Napa County to zero in on natural wines.

Valley Bar + Bottle opened in July as a wine bar, restaurant, and bottle shop. Housed in the Leese-Fitch Adobe built in 1836, which was most recently Harvest Moon Cafe, Valley feels like a tiny neighborhood cafe in France. It’s intimate and minimal, yet chic with dusty pink accent walls and a rustic open kitchen. There’s a bar and a few tables inside, but for now, all seating is on the back patio. Visitors can also take wine home from the positively-adorable bottle shop wall at 25 percent off the menu price.

“We wanted it to feel inviting and open but also European and kind of cozy,” said Lauren Feldman, co-founder of Valley. “It was really important to make sure we didn’t change it too much from the fact that it was this amazing historic Adobe. We didn’t change anything architecturally; we just wanted to make it feel humble and clean and as original as we could.”

This unique-to-California Wine Country venture is a partnership between four friends (two couples), all alumni of Scribe Winery. Each founder brings unique skills and experiences to the table, drawing also on time spent in New York and Europe.

Feldman said they’re not technically marketing themselves as a natural wine bar—the term can be both controversial and difficult to define since there’s no official regulation on this burgeoning corner of the market—but almost the entire wine list at Valley does fall into the general category of natural wines. This means the wines have received little to no intervention in the cellar, are produced entirely without or with minimal sulfur, and the vintners farm organically sans pesticides.

“We’re focused on farming first. We’re working with people who want to leave the land better than they found it,” said Feldman. “We’re really interested in Indigenous farming methods and regenerative farming.”

Locals may be especially drawn to the wine list, which presents an opportunity to explore wines that go far beyond Sonoma County. While there are a few bottles from local producers like Gail Wines, Source & Sink, Winery Sixteen 600, and Scribe (of course), the lineup mostly hails from Europe — France, Spain, Italy, Germany, Hungary, Slovenia and beyond — while also highlighting other appellations within California. The current by the glass list features unique selections like a sparkling Cabernet Franc from the Loire Valley and a red wine from the Canary Islands. Don’t be embarrassed if you discover several grape varieties you aren’t familiar with and likewise can’t pronounce; you’re not alone and that’s part of the fun.

Curated by Feldman and her beau/co-founder Tanner Walle, the list “has something for everyone” and is a good balance of “some really weird stuff” (her style) and more classic (his). “We’re also not proponents of wines that are super flawed,” she said, acknowledging a common critique of the natural wine category. “The best wines and the worst wines you’ll ever have are natural wines.” Patrons will also find a selection of beers and ciders sourced from all over the U.S.

Partner Emma Lipp, who was the Culinary Director at Scribe for five years, is responsible for Valley’s food menu, along with co-founder and chef Stephanie Reagor. Lipp said the concept for the fare is California home cooking that’s ingredient- driven, rustic, and simple using traditional methods of cooking. “We want our food to facilitate the experience of sharing wine and conversation,” she said. “We want it to feel nourishing and satisfying, and we emphasize brightness and levity.”

Lipp made many connections with local farmers during her time at Scribe and said “working with small, local farms and purveyors is the cornerstone of the food program” at Valley. The list of farms she’s working with is long and impressive: 11 different operations for produce, TwoXSea for fresh fish, and Cream Company for meat, chickens, and eggs, just to name a few.

“We source everything for Valley with the same agenda: stewardship for the land and care for people,” said Lipp, who seeks out “farmers and purveyors that farm sustainably, who eschew chemical farming, and who invest in human culture and economy.”

The XO Egg topped with the iconic, spicy Hong Kong condiment, are a must-order. Other small plates on offer include mortadella, a pink shrimp roll, tins and chips (with your choice of a tin of razor clams, mussels, or octopus), and eggplant with ginger and garlic. There are two main dishes—a half chicken with fried potatoes and Bolinas King salmon with cucumber and sesame—plus a selection of desserts. The menu does shift slightly depending on what produce and ingredients are available each week. Valley is open Thursday-Monday, 5-9 p.m. 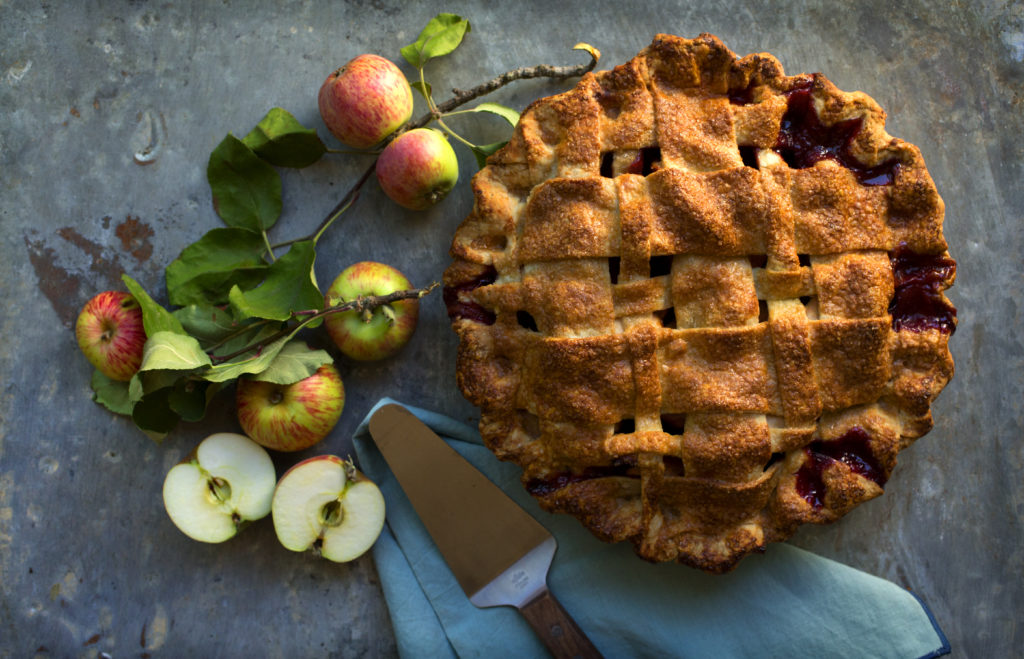 Pies, Ciders and More: How to Get Your Gravenstein Apple Fix in Sonoma County