Healdsburg’s Single Thread Restaurant has once again been named one of the best restaurants in the world. This week, the three Michelin starred destination leapfrogged 20 spots to #71 on an extended version of  The World’s 50 Best Restaurant list. It debuted at #91 last year and was also called at out as the 2018 “One to Watch”, recognizing “rising star” restaurants on the international dining scene

The annual gastronomic roundup includes 120 restaurants in its annual guide, noting restaurants from Europe, India, Asia, South America, North America and Africa. More than 1,000 food industry experts cast their votes each year, providing a snapshot of some of the best destinations for unique culinary experiences. It is also considered a barometer for global gastronomic trends and can make or break a chef.

Restaurants rated #51 through #120 were announced in advance of the June 25 awards in Singapore where the remaining 50 will be announced.

“Being included on the list is such a huge accomplishment for our team. We are humbled and energized by this wonderful news!” said Chef Kyle Connaughton, whose team operates both the luxury restaurant and inn off the Healdsburg Square as well as a nearby 5-acre farm.

Last year’s notoriety catapulted the Connaughton’s to worldwide fame for their elaborate Japanese-inspired kaiseki tasting menu and gracious hospitality. The 52-seat dining room has an open kitchen that’s nearly silent during service, with at least 11 courses that are both culinary and artistic masterpieces.

In a new policy, several restaurants around the world will ascend to “Best of the Best” status, taking them out of future contention. Napa’s French Laundry has been given that honor along with the now-closed el Bulli, The Fat Duck, El Celler de Can Roca, Eleven Madison Park, current No. 1 winner Osteria Francescana and the original Noma. 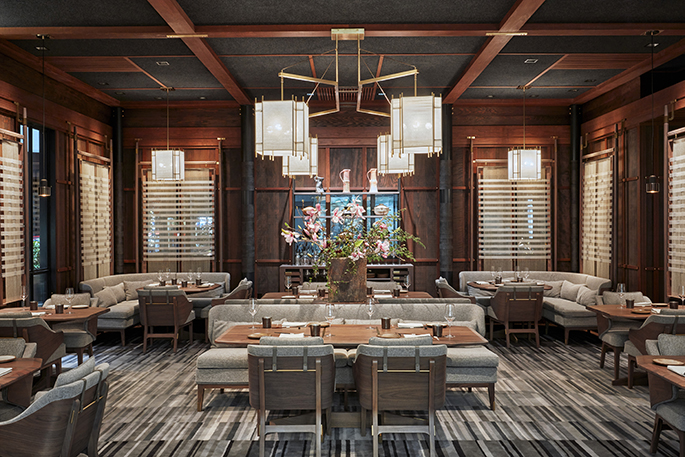 Peek Inside the Healdsburg Restaurant Nominated as Nation's Best Designed