Tired of Working From Home? Work at a Wine Country Hotel Instead

How One Healdsburg Restaurant is Mastering Socially-Distanced Dining 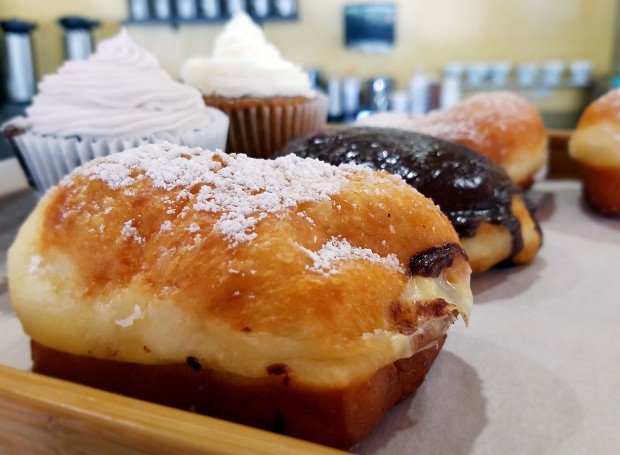 Hold onto your sweet tooth, because we’ve found a Candy Land of yumminess way under the radar.

Zephyr Chocolates, a passion project by baker/chocolatier Robin Carey, has quietly been testing out a pop-up sweet shop on Monday and Tuesdays at East Wind Bakery in Santa Rosa.

First off, the donuts. She bowled us over with her croissant donuts a few years ago, but now, she’s doing an Asian-inspired bao donut. If you’re not familiar with bao, it’s the soft, fluffy dough used in Chinese pork buns — a chewy, light, sweet/savory bread often steamed. Inspired by the extraordinary bao buns at East Wind, she’s fried up the dough and filled it with ricotta and fresh fruit including key lime, strawberry, and Meyer lemon.

That’s just the start, though, Carey also does exotic cupcakes: Cardamom rose, lavender bergamot and double chocolate; donut bread pudding and chocolates with rose, cinnamon, Chinese five spice, are ginger (among many others).

We gilded the little by ordering a sipping chocolate (think liquid truffle) with a giant cinnamon marshmallow also made by Carey.

We’re not sure where she finds time to sleep, but you’ll want to get up early to get some of her treats because the bakery case tends to get pretty empty by noon.

Explore Native American culture through arts and artifacts at Petaluma Historic Library and Museum this summer.