One of the most popular beer events in Sonoma County is coming up. Here are 50 reasons why you should get your tickets now. 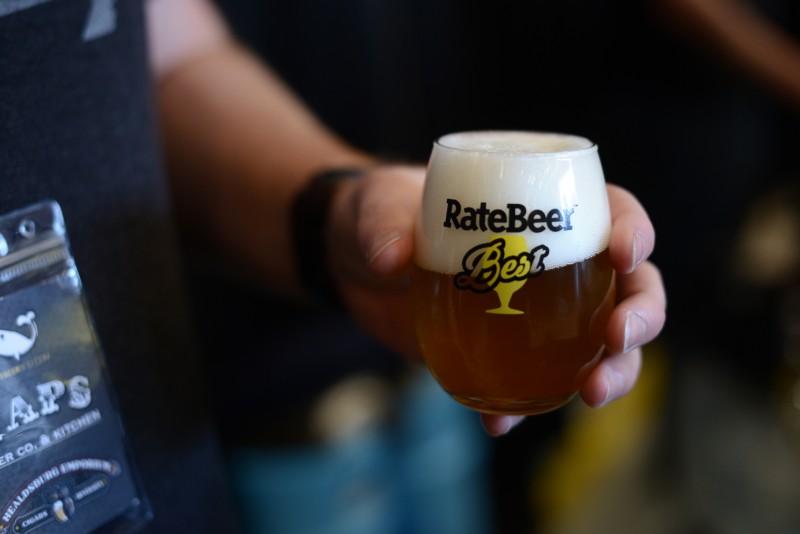 The second annual RateBeer Best Festival and Awards Ceremony will take place over the course of two days, January 28-29, in Santa Rosa. This year’s event will feature a grand tasting experience with beers from 50 of the world’s top breweries and honor the top 100 beers selected by RateBeer reviewers.

The RateBeer Best awards began in 2002 as a series of online announcements during RateBeer’s second year as a public beer review and rating website. Attracting international attention, the online awards evolved into a live show in 2016. The event, produced by Fat Dogg Productions/NorCal Beer Geeks, raises funds for Sonoma County local charity Ales For Autism.

The Ratebeer Best Grand Tasting takes place on Saturday, January 28th at 1:30 pm at the Sonoma County Fairgrounds, with VIP entrance starting at 12:30 pm. Food from various Sonoma County vendors (lineup not yet released) will be available for purchase at the event. VIP attendees will enjoy early access to top notch brewers and will also be treated to fine farm-to-table fare from Peloton Culinary & Catering, known for epic beer pairings.

Here are the 50 breweries that have confirmed their participation at RateBeer Best:

The RateBeer Best Awards Reception takes place on Sunday, January 29, at 11 am at the Flamingo Hotel in Santa Rosa. At 1 pm, following the Awards Ceremony, there will be a reception and bottle share, offering opportunities for beer fans to meet some of the world’s best brewers and taste even more beers from around the world. The event is planned to coninue at guest rooms throughout the hotel and finish by 3 pm.

“RateBeer Best Awards Ceremony is largely for industry but enthusiasts are also invited to attend. The big draw for the everyday beer lover is the ability to taste some of the best beers in the world without having to leave the country, and meet the brewers behind these great beers in a one of a kind world class beer event.” said Founder & CEO of Ratebeer, Joe Tucker.

So whether you are a brewer, home brewer, beer geek, casual beer consumer, or entirely new to beer, this event is for you and is not to be missed. Get your tickets now, while they last! You’re guaranteed to leave this event with a smiling face!

This New Wine Center in Windsor is a Hidden Treasure

This new wine center in Windsors features a tasting room in a charming four-story barn, surrounded by agricultural and botanical...