As the dog days of summer are upon us, it’s time to flee from muggy kitchens and let someone else do the work as you sup alfresco. SMI Dining Editor Heather Irwin stops by a few Sonoma County newcomers eager to please. Click through the gallery for quick details.

Ready for a new act, Sonoma’s MacArthur Place has become almost unrecognizable after an intense renovation by an Arizona-based real estate investment company. The new anchor restaurant, Layla, is perhaps the most impressive change of all.

Gone is the cowboy-themed steakhouse, Saddles, replaced by three upgraded dining options: The Porch (a sort of grab-and-go cafe), a spacious lounge called Bar MacArthur, and Layla, serving an upscale Mediterranean and New American menu. The property also has a new reception area and updated rooms.

Beyond the physical transformation, they’ve brought in some serious culinary star power in the form of Food Network celebrity chef Geoffrey Zakarian, and Executive Chef Cole Dickinson, who has cooked at Acacia House in Napa, Healdsburg’s Dry Creek Kitchen, Hemisphere at the Greenbrier, and The Bazaar by Jose Andres in Beverly Hills.

Take a first stop at the MacArthur Bar. It’s a clubby lounge as comfortable with scotch on the rocks as trendy herb-infused cocktails. If you’re of the latter persuasion (or even if you’re not) start with the blandly named Forager. It’s anything but bland, with a tableside pour of butterfly pea flower tea into a glass filled with Griffo gin, Italicus Rosolio di Bergamotto aperitif, cucumber, basil, lime, and fresh herbs. Then prepare to be amazed.

Soaked in water, dried pea flower has an uncanny ability to turn liquid a deep indigo blue — but that’s just the first act. A bit of alchemy involving acid in the citrus creates a bewitching blue-purple-magenta-pink ombre effect that’s like catching a glimpse of a unicorn. There are also you-won’t-miss-what’s-missing spirit-free cocktails along with impressive wines by the glass, beer, and cider. If you’re a spirit connoisseur, they’ve got an extensive list to choose from.

The adjoining Layla is in bright contrast, with windows and skylights filtering onto white and gray wicker furniture. The new menu is surprisingly short, but intensely focused. Shared plates are each more impressive than the last, nothing carelessly tossed on a dish or thoughtlessly delivered to the table.

Parker House rolls aren’t just yeasty little pillows of bread, but arrive shimmering with coarse salt and a petite bowl of chicken drippin’ and sherry vinegar. It’s a nod to every cook who stuffs a piece of bread into the roasting pan to soak up the lush schmaltz when no one is looking.

A trio of mezze includes baba ghanoush made with zucchini instead of eggplant, giving it a sweeter, less bitter flavor, topped with pickled white raisins, dots of black garlic paste, and walnuts. Hummus is made with sweet English peas, again, switching up the flavor profile while keeping true to the intent. Served with warm za’atar spiced pita, the tzatziki is fairly straightforward, a creamy-tart ode to dill, cucumber, and yogurt.

Patatas bravas is one of the kitchen’s best dishes. Shredded potatoes are cooked, cubed, and refried, making them perfectly crisp on every available surface. A hefty blob of whipped garlic aioli — the real stuff, not mayonnaise — jiggles on top while smoky tomato jam offers a sweet foundation.

Octopus is so often a disappointment, but this version gets it right. Tentacles are first cooked sous vide, then crisped giving them a tender interior and toothsome (but not rubbery) outside. They taste like the sea, not a rubber band covered in sauce, and are served with a lemon-parsley vinaigrette and potato confit.

Suppress your urge to sigh and move on from the beet salad. Inspired by the Turkish dish pancar salatasi, beets are diced with whipped crème fraîche and mint, served with thinly sliced cross sections of fried potatoes.

In a nod to the former steakhouse, a 14-ounce New York Strip served rare with port au jus is grilled over an open flame, giving it a lightly charred exterior and jeweled pink interior. It’s an impressive chunk of meat. But the most amazing act of the dinner menu is the Israeli couscous.

Served in a modest yellow bowl, it’s almost disappointing how small the portion is. One bite, however, and the universe reveals itself in a flood of melted butter, creamy Maine lobster, shellfish jus, tender couscous, and a hint of lemon. Angels descend. Mikes drop. Curtain closes.

Part lounge, part restaurant, Fern Bar is the latest addition to restaurateur Lowell Sheldon’s lineup of disparate eateries including Lowell’s and Handline. Each has a distinctive point of view — casual Latininspired, seasonal Italian, or New American — bound together by Sheldon’s unwavering commitment to hyperlocal ingredients.

While Lowell’s was my favorite restaurant of 2018 and Handline has become a family favorite for homemade tortillas and fresh seafood, it’s taken me longer to understand the ambiguity of Fern Bar.

With its lush greenery, elevated craft cocktails, flea-market chic, and ambitious menu from chef Joe Zobel, it’s not a simple bar. There are no throw-away bar snacks or burgers, no plain-Jane cocktails. Fern Bar is something entirely of its own. But it’s also not exactly a restaurant.

Eager to spread his culinary wings, Zobel takes a trip around the globe with Indian fry bread inspired by his native Southwest, along with: California-inspired chicken liver mousse with dehydrated beet chips, spiced crumble, and pistachios; brilliant pink pickled quail eggs; or the Umami Bomb with an array of mushrooms and nutritional yeast. Fried chicken with hot sauce crema nods to the South.

And it keeps going: Asian chive pancake with charred cabbage, green curry trout, and beef tartare comingle with French panisse fries, making the menu’s point of view a little hard to discern. Zobel, however, likes the idea of branching out, and separating himself from what he’s done in the past.

The cocktail program is a standout, headed

by Sam Levy, former bar manager at the three-Michelin-starred Restaurant at Meadowood, mixing exotic juices, herbs, and foams with artisan spirits with a chef’s creativity. Our favorite: the Frond or Foe, with piquant fennel, cucumber soda, bitter absinthe, and vodka.

After several years in a small Santa Rosa industrial space, former Della Fattoria bakers Linda and Isaac Cermak have moved to a more retail-friendly bakery and have expanded their menu to include pizzas, grab-and-go sandwiches, soup, and toasts of every stripe.

Having tasted through literally everything in their shop — from the aforementioned sticky buns to yeasty cinnamon rolls, crackling croissants, patisserie items like eclairs, croissant butter horns, and savory pies; cheesecake, muffins, and of course, their winning baguettes and round boule — there’s no doubt that there’s something extra special happening here. It’s called French butter.

Made with higher butterfat content and slightly fermented, or cultured, it makes all the difference in the flavor of their pastries.

Though Linda says the buttery, caramel-topped sticky buns are a bit sweet for her taste, it’s well worth searching out the Cermaks in Cotati or finding them at the Saturday morning farmers market at the Veterans Memorial Building in Santa Rosa — all of which are at least 5,500 miles closer than Paris.

Chef Todd Kniess of Acme Burger is one of a growing legion of classically trained chefs exchanging their sous vide immersion circulators for a griddle, fryer, and spatula.

The family-friendly eatery has heavy wood communal tables and benches, pretty much forcing interaction with your neighbors. That’s not a bad thing, because we saw lots of friendly French fry sharing and convivial chatting on every visit. A foosball table keeps wiggly kids entertained, along with an outdoor patio during summer months.

“I tested 12 to 15 different buns. I was thinking brioche, but these are a take on the classic potato bun,” says Kniess. Made especially for Acme Burger by Franco

American Bakery in Santa Rosa, they soak up the sauce and become part of the burger experience rather than a monstrous bread bomb threatening to carbo-load you whether you like it or not.

Bowman Cellars’ pop-up dinners are one of Wine Country’s best kept secrets. Each month, Alex and Katy Bowman invite cool-kid chefs to run a one-night restaurant from their Graton winery. No, you don’t have to sit with a bunch of people you don’t know and attempt small talk. Just grab a table (preferably outside) and order from the menu.

Obviously, they’ll be pouring their own wines, but that’s a plus because they’re très food-friendly.

Napa chef Samuel Kaminsky of Napa Privi catering is a young gun we’re especially fond of. At his last dinner, pastrami-cured egg yolks atop lamb tartare stole the show. For the less meaty, chef Matteo Silverman of Chalk Hill Cookery will create a plantbased dinner on August 2. The dinners sell out, so make a reservation online at bowmancellars.com.

You can also visit the winery for snacks and wine on the patio just about anytime.

One of several Santa Rosa restaurants destroyed in the 2017 wildfires, Sweet T’s quickly became a symbol of hope as owners Dennis and Ann Tussey began working on their new Windsor location at the Lakewood Village shopping center.

Fans watched as construction commenced, a kitchen was built, and pitmaster George Ah Chin fired up the smoker for the first time.

As friends and Fountaingrove neighbors congregate at the popular restaurant, eating ribs and toasting to rebuilt homes, it’s become a symbol of healing. But is the food as good as everyone remembers it?

The ribs sure as sugar are. The cocktails are. The hush puppies and mashed potatoes? Yup. Memphis BBQ Nachos are still crave-worthy with melty white cheese sauce and smoked meat. If you’re seriously hungry for more substantial fare, wait the 20 minutes or so for fresh fried chicken with several sides. We’re also partial to the shrimp gumbo, and the key lime pie for dessert. The full bar has some whoppers like the Texas Margarita made on the rocks with a pop of cayenne or the Georgia Peach Martini that’s sweet as, well, a Georgia peach.

As the sweet smell of wood smoke drifts through the parking lot like a siren call, noses sniff the air toward the long-cooked slabs of meat scenting each breeze. It’s a sense memory we’ve long missed enjoying. 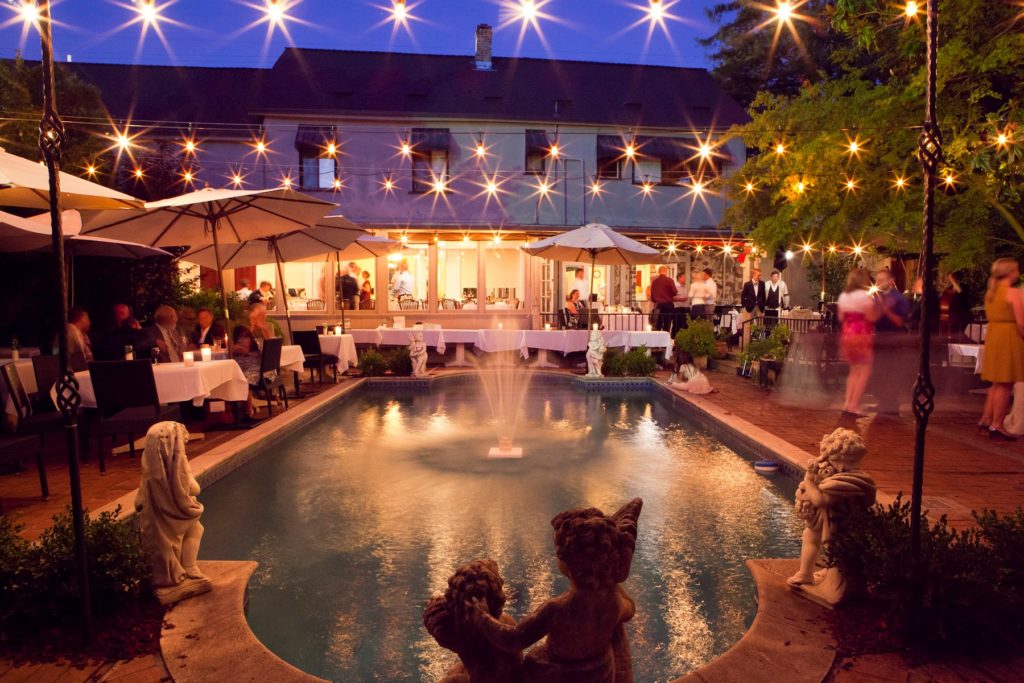 Where to Eat Outside: The Best Restaurant Patios in Sonoma County, 2019 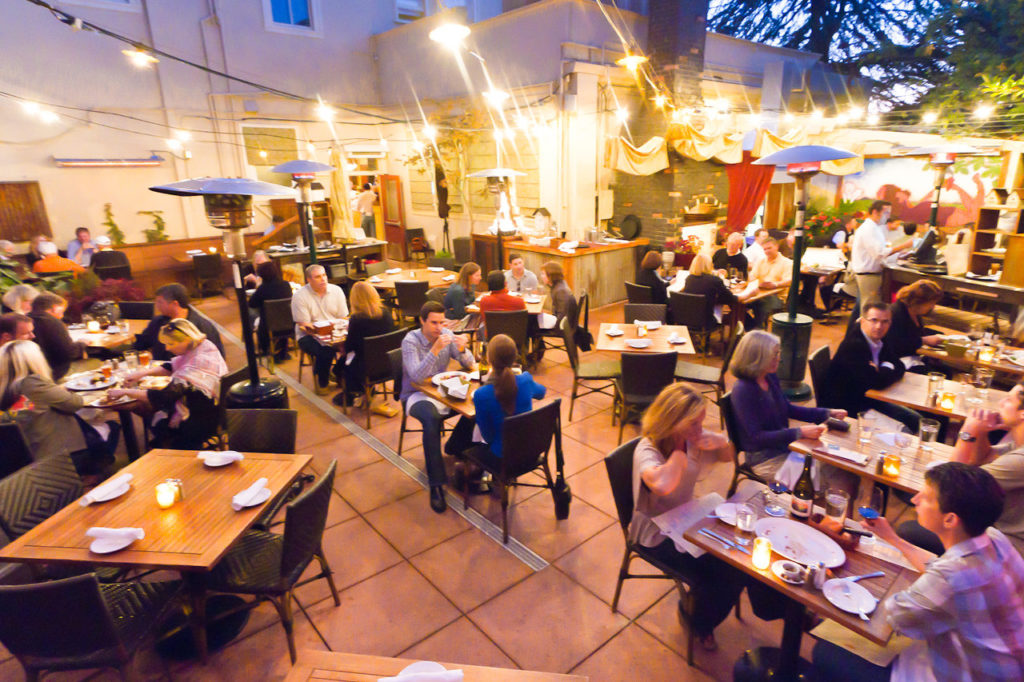 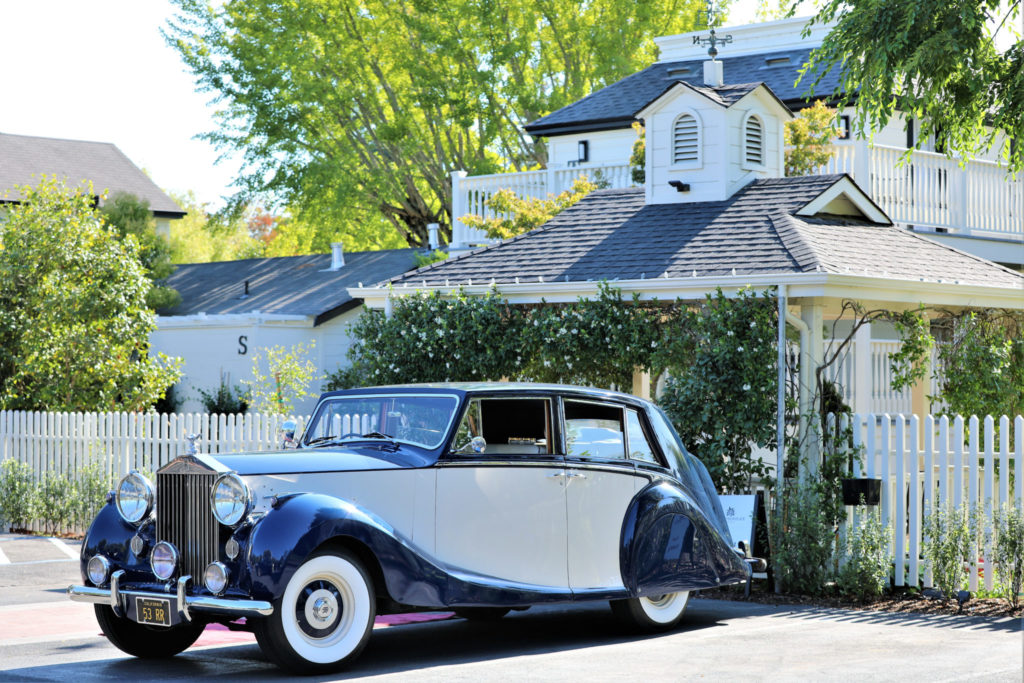 One thought on “Top Sonoma Restaurants & Bars: Where to Eat and Drink Right Now”

Sonoma County's popular Seismic Brewing Company has opened up the doors to its new Sebastopol taproom. Take a peek inside.