It’s a typical weekday morning at Les Pascals patisserie on Arnold Drive in the heart of Glen Ellen. The smell of fresh bread wafts in the air. Pastries and other confections glisten tantalizingly—like jewels in glass cases. Locals laugh amid a din of small talk competing convivially with small talk.

In this moment, at this newly opened French bakery, it is hard to imagine that barely one year ago a monumental and historic group of fires terrorized most of the Sonoma Valley, including Glen Ellen and nearby Kenwood. Dozens of homes and businesses burned to the ground. Hundreds more were threatened. Thousands of people had to evacuate. Many stayed away for weeks.

Remarkably, these small Sonoma Valley towns have now begun to come back from the fires. Major residential rebuilds are underway. Damaged hotels, wineries, and commercial agriculture operations have started or completed repairs; many have reopened to the public. Both Glen Ellen and Kenwood have even added new businesses.

During and after the fires, the community rallied. At Tips Roadside in Kenwood, owners Andrew and Susie Pryfogle did their very best to help. When it became clear that the restaurant’s food trucks would survive the conflagration, the Pryfogles encouraged Chef Thaddeaus Palmese to start cooking and dispatched the trolley-style kitchens to the front lines to feed victims and first responders.

According to general manager Thomas Rowley, the crew served more than 5,000 meals.

“We didn’t even have a physical location at that point—we were still under construction when the fires came through,” Rowley remembers. “We had no idea whether the fires were going to come our way or how the incident was going to impact the community. Our goal was just to keep going.”

Locals, no doubt recalling the selflessness of the restaurant crew during the time of crisis, have continued to pack Tips Roadside after the brick-and-mortar restaurant (finally) opened this summer.

“This community might be small, but we’re resilient and we look out for each other,” says Chris Benziger, who has spent most of his life in Glen Ellen and currently runs the eponymous winery his family founded more than 30 years ago.

Benziger, who, like many others, lost his family home in the fires, felt lucky to oversee a successful harvest last year—with the help of a few friends.

After the fire, Benziger recalls mentioning in passing to the bartender at the Jack London Saloon that he needed basic kitchen items—measuring cups, mixing spoons and the like. A few days later, when returning to the local watering hole, he was greeted with a box of supplies, overflowing with household donations from locals, with his name on it.

“It was serious neighbors-taking-care-of-neighbors stuff,” he says. “The fire challenged this community to its core and we came out with a renewed sense of unity and purpose. Instead of running away and fending for themselves, everyone stayed and fought for what we always knew we had—together.”

Scarlett Graham, general manager, at the Kenwood Inn & Spa, agrees wholeheartedly that out of the fire has come a rebirth of community spirit.

While the inn was lucky not to lose any structures to the fire, it was forced to shut down for months to remediate smoke damage by re-plastering all the walls.

The inn operators then used the opportunity to invest in cosmetic changes, renovating the front desk and lobby area and embarking on a complete modernization of the spa. When most of the property reopened in February, locals reacted as if an old friend had come back after an extended tour at sea.

“There was a sense of relief because everything looked the same,” Graham said of people’s reactions. “They stopped by. They got out of their cars. A lot of locals just came in to make sure the inn was OK.”

Many other local businesses report that they are experiencing this sense of a rebirth in the Sonoma Valley community.

Salt & Stone, the eatery that opened in the former site of the Kenwood Restaurant after the fires last fall, has established itself as a gathering place for locals and visitors.

Gaige House + Ryokan and the Olea Hotel, two different lodging options that were impacted by the fire, have renovated, reopened, and enjoyed busy tourist seasons this year. The Gaige House even added a new meditation room.

McCormick’s Mercantile of Glen Ellen, a general store that debuted in July, has seen a steady stream of customers and support.

“We’ve seen the spirit of the people of this community first- hand,” says owner Sheryee McCormick. “Even if people can’t buy anything, even if they still don’t have a home to put stuff, they come in, they engage us, and they give us words of encouragement. That means a lot.”

Looking forward, there is more good news from Glen Ellen: Jack London State Historic Park officials have announced that the House of Happy Walls, a museum devoted to the life and times of the park’s namesake author, will re-open in November after a nearly two-year, $1.5-million renovation. The revitalized museum will feature 22 new exhibits designed to commemorate and celebrate the lives of Jack London and his wife, Charmian.

Considering everything Glen Ellen and the surrounding communities have endured since last October, the museum represents one more step toward a Sonoma Valley recovery. 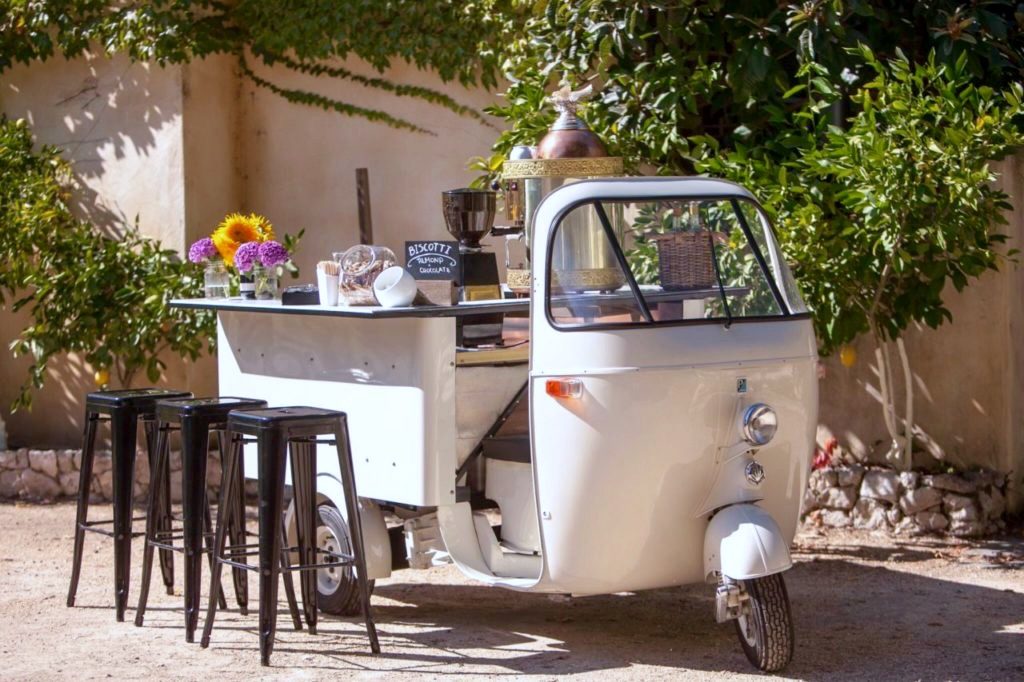 There's no reason to put your garden to bed quite yet. Farmers from Kendall-Jackson culinary gardens and the Fig Garden...