‘The Bear’ on Hulu Serves Up Real Life Restaurant Drama

There is something indescribably regal about olive oil. From its golden hue and luxurious texture to its revered usage through millennia, the oil of this humble Mediterranean fruit has anointed a thousand kings and lit the lamps of humanity.

It also happens to be pretty great on a salad.

Taking into mind both of those things, Sonoma’s Olive Queen gives the noble olive its due with a lineup of terroir-based blends that include a gently perfumed French Picholine, a zesty Spanish blend of Arbequina and Arbosana, and the bold but dignified Estate Reserve Queen’s Blend with Puglian Coratina olives.

“Olives are truly the queen of fruits,” says Rob Akins, co-owner of Olive Queen, of the inspiration for the company name. He and partner Mark Berry say they fell in love with olive oil on trips to France, Spain, Greece, and Italy where they learned to appreciate the different regional styles — peppery, astringent, delicate, spicy. The couple also really wanted to revive their Forestville home’s history as a working orchard, and olive trees seemed a perfect crop.

“Our climate here turned out to be perfect for olives, with hot days and cool nights,” says Akins.

The couple obsessively studied olive farming and olive oil production, replanting their former apple orchard with dwarf olive trees. They also enlisted their neighbors to get involved. “We were the Johnny Appleseeds of our neighborhood,” says Akins, as we sit under a wood pergola overlooking his grove of olive trees just a few months from harvest.

After 15 years, Akins and Berry have 400 trees spread over three properties, resulting in about 1,000 bottles of estate-grown olive oil each year. They also source olives from nearby farms to make their blended oils.

“We treat every olive like a precious baby,” he says. Within 24 hours of harvest, the olives are cold-pressed and their oil ready to bottle.

“The Greek Yayas had it right. It’s an essential ingredient in daily life,” says Akins, who puts olive oil on pretty much everything he eats, including morning oatmeal. He prefers a lighter blend on that one. “Olive oil elevates everything you do.” 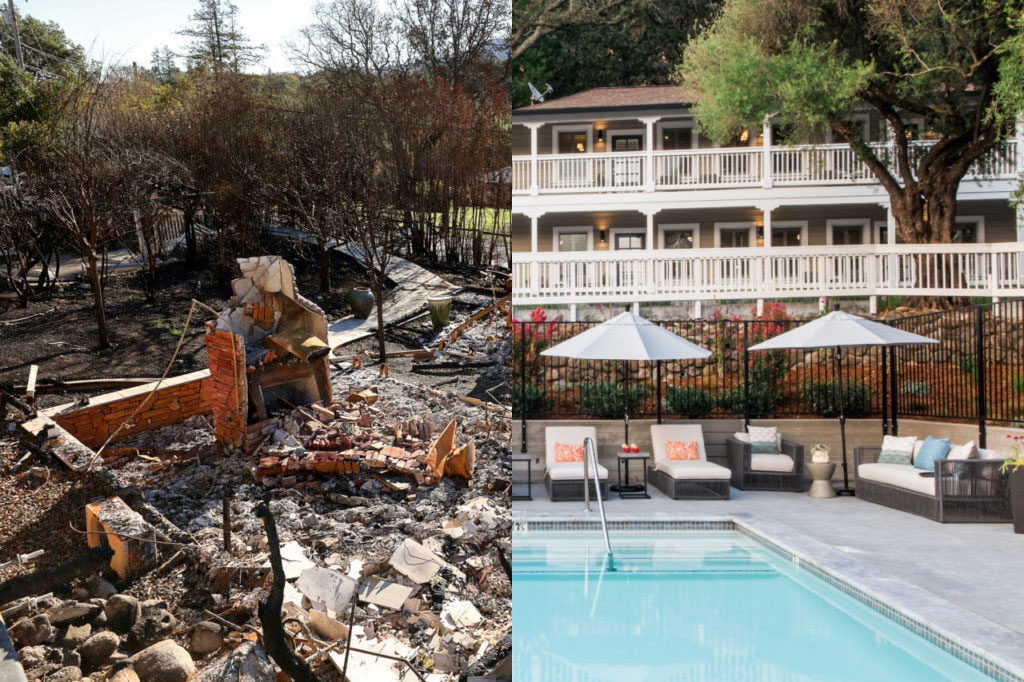 The Curious Case of the Healdsburg Hammer Theft

An 800-pound hammer was stolen from the front lawn of the Healdsburg Community Center last October. Despite a 3-foot-long nail...