Click through the above gallery for a peek at each restaurant and menu highlights.

After two devastating years for the restaurant industry, independent restaurateurs who hung on by their fingernails through the pandemic hoped 2022 might be different. Instead, mounting inflation, staffing shortages, supply-chain problems and a general dearth of hope led to a wave of closures and disappointments.

But that’s not the whole story. Dozens of innovative restaurateurs not only opened in 2022 but found critical and commercial success. Some started small, with pop-ups to gauge interest, while others were multi-million-dollar launches that led to national exposure.

There’s no simple formula for success. Indeed, some restaurants eventually will fail while others continue to succeed. Yet a few factors seem to indicate a winning plan: location (Sebastopol and Healdsburg are hotbeds of food innovation), price (very high or very low), previous success as a pop-up or other food business and an eye-catching menu (very familiar or very unfamiliar).

The dining scene in Sonoma County is changing as the population changes. Younger families want good food at a good price. Many new restaurants have young cooks in the kitchen who have bold ideas and can take huge risks. Experiential dining — where eating is just part of the adventure — is gaining popularity, as are highly personalized multi-course meals.

Most of the restaurants on this list use hyper-local, seasonal ingredients that diners want and serve plant-based dishes that appeal to health-conscious eaters hoping to reduce their carbon footprint. All are service-focused and locally owned.

Dining likely will never return to what it was before 2020. Our tastes and habits have changed, and restaurateurs have to change, too.

Here are the most important openings of 2022.

Related: Sonoma Restaurant Named One of the Best in America by Esquire

Why it matters: Esquire magazine named Animo to its 2022 list of Best Restaurants in America, and we’ll be surprised if it doesn’t get some Michelin stars in 2023. Smookler and Mu, who are young parents, left a life in New York to settle in Sonoma, where they invested their life’s savings to make a splash in Sonoma County’s food scene.

A Michelin star just three months after debuting made it clear Cyrus was the most important Sonoma County restaurant opening in 2022. A decade after closing the original Cyrus in Healdsburg (it had two Michelin stars when it closed in 2012), Chef Douglas Keane opened this new multi-million dollar Geyserville space serving a mix of opulent, painstakingly created European and Japanese bites arranged with culinary tweezers and served on bespoke ceramic dinnerware. With panoramic views of Alexander Valley, a 4,000-plus bottle wine list and doting service, it doesn’t get a whole lot more pinkies up than this $295, 17-course prix fixe meal. However, compared to other high-end Wine Country restaurants that charge upwards of $500 per person for their multi-course meals, it’s a relative deal.

Why it matters: With its unorthodox staffing model, Cyrus employs only about 20 staff, a third of the staff size of the original Cyrus. All employees share tips and work both front and back of the house. Insiders are watching closely to see if the model works and if it could be the future of sustainable, living-wage jobs in the restaurant industry.

Related: We Tried the $295 17-Course Dining Journey at the New Cyrus Restaurant

Vertice Hospitality, co-owned by Kyle and Katina Connaughton of Michelin-starred Single Thread, and their staff put months of research and development into making an entirely plant-based menu (no meat, dairy nor ingredients with animal products) that would appeal to a broad swath of eaters. Some dishes worked, others didn’t, but the food experiment fit Little Saint’s vibe as a creative art and performance space. 25 North St., Healdsburg, 707-433-8207, littlesainthealdsburg.com

Why it matters: Though management of the food program has been turned over to Little Saint owners Jeff and Laurie Ubbens, Vertice brought a scientific approach to creating a true plant-based menu.

Why it matters: This dream project isn’t just for the upper crust. The restaurant stays open late, welcoming fellow food-industry workers to come in after a shift for a drink or three. We’re happy the Duke’s crew have landed on their feet and are making a mark in Healdsburg.

Why it matters: If you don’t drool a little at their Instagram (@_lunch_box_), you’re made of more stoic stuff than the rest of us. Burgers aren’t that complicated, but doing them correctly is. That’s why we love this spot so much.

Why it matters: New ownership and a new outlook haven’t totally jived with Mallgren’s earlier approach to dining, but the new menu gives locals a reason to go for more than birthdays and anniversaries. The stunning decor has vastly improved the experience, along with a creative cocktail list and options for lunch and brunch. We’re watching the evolution closely.

We love the industrial-size Gold Chai Cinnamon morning rolls for $5.50. Everything at the bakery/cafe is vegetarian or vegan, with many gluten-free choices. 5306 Old Redwood Highway N., Petaluma, 707-665-0644, magdelenas.com

Why it matters: A bakery that covers all diets moves the needle. That it looks and tastes incredible makes it a place everyone can enjoy.

This 400-square-foot, Parisian-style seafood cafe at The Barlow is neatly laid out to include nine counter seats and a variety of outdoor tables for al fresco dining. Oysters are, unsurprisingly, a menu highlight. They’re served raw, baked and fried. The rest of the menu leans on sustainable shellfish, fish, prawns and octopus, all approved by the Monterrey Bay Aquarium’s Seafood Watch as “Best Choices” for eating. 6770 McKinley St., Suite 130, Sebastopol, Instagram.com/oyster_sebastopol

Why it matters: The oceans are overfished, and if we aren’t careful, many species could soon be off the menu. Chef Jake Rand (who also owns Sushi Kosho in The Barlow) offers a delicious take on sustainability. And the mix of bubbly and seafood just works.

The vibe might be psychedelic, but this chef-inspired Roman-style pie isn’t messing around. In the spring, the funky pizza pop-up from Bay Area baker Nicholi Ludlow and his wife, Leith Leiser-Miller, found a permanent home in Sebastopol. The shop’s rectangular 9-inch-by-9-inch pizzas are sold by the pound, along with salads, wine, beer and the world’s most buttery cookies. 980 Gravenstein Highway S., Sebastopol. 707-827-6032, psychicpie.com

Why it matters: The small restaurant hosts emerging pop-ups, new wineries and food businesses in addition to serving great pizza. The community-minded couple are helping drive the growth of the Sebastopol food scene and create a vibrant new energy in the west county town.

Related: A French Pop-Up in a Bakery Is the Hottest New Restaurant in Sonoma County

Chef Sean McGaughey is the guy in the baker’s apron at Troubadour Bread and Bistro, a French-inspired restaurant that pops up five nights a week in the nibble-size bakery he and wife Melissa Yanc founded in 2021. The couple is also behind Healdsburg’s buzzy Quail &amp; Condor bakery that opened in 2020. Troubadour is refreshingly single-minded in its vision of elevated French bistro cuisine, not Cal-Ital or Mediterranean-French or another fusion. It’s just French, with all the unpronounceable but delicious sauces that have been perfected over centuries. 381 Healdsburg Ave. in Healdsburg. troubadourhbg.com

Why it matters: McGaughey and Yanc are Single Thread alums who gained attention making bread at a simple pop-up. They’ve continued to evolve, buoyed by fans, and a full-fledged restaurant is likely to emerge from this young couple. Clearly, they are ones to watch.

Easy Rider: Easy Rider is that rare bird that fits with the moment, with their approachable Southern-inspired menu, elevated flavors and damn good cocktails on the bustling corner of Kentucky and Washington streets in downtown Petaluma. 33 Washington St., Petaluma, 707-774-6233, easyriderpetaluma.com

Kancha: Chef Angel Cayllahua is an experienced chef and sommelier with a simple but delicious menu of cold and warm tapas-style plates drawn from his Peruvian upbringing and Japanese restaurant training. Cold seafood bites of ceviche, tartare and causas (a Peruvian potato dish) are his specialty. 643 Fourth St., Santa Rosa, 707-623-9793, kanchasr.com

Piala: This Georgian restaurant is a window into the cuisine of the country of Georgia, located at the intersection of Eastern Europe and Western Asia. Co-owner Jeff Berlin wanted to bring its unique flavors to Sonoma County. Piala serves by-the-glass pours of Georgian wine varietals Krakhuna, Rkatsiteli and Saperavi. Georgia is home to one of the oldest wine-growing regions in the world. 7233 Healdsburg Ave., Sebastopol, 707-861-9186, pialanaturalwine.com

Saucy Mamas: Even on a sober Sunday, the joint has the Saturday-night feel of a lively rural roadhouse, with waitstaff bringing out plate after plate of ribs, cornbread waffles and the evening’s special shrimp and grits as fast as the kitchen can keep up. Saucy Mama’s puts the soul in soul food by fusing the deeply Southern flavors of Yvette Bidegain’s family’s Louisiana heritage with her own California culinary twists. 16632 Highway 116, Guerneville, 707-604-7184.

Sol Food: Best bets at this Puerto Rican spot include pollo al horno, maduros (sweet fried yellow plantains), Cubano sandwiches and Tembleque, a creamy coconut pudding with mango sauce. Early on, the dishes disappointed a bit, but the menu has since settled in. Don’t forget a bottle of pique (spicy vinegar) sauce to pour on everything. 151 Petaluma Blvd S., Suite 129, Petaluma, 707-347-5998, solfoodpickup.com

Sonoma Pizza Co.: The open, airy restaurant in downtown Forestville brought much-needed casual, family-friendly dining to the sleepy town and its surroundings. Plus, the pizza is excellent! It opened in early June with wood-fired and traditionally baked pizzas dressed with traditional and not-so-traditional toppings. 6615 Front St., Forestville, 707-820-1031, sonomapizzaco.com

Warike RestoBar: A full bar with pisco sours and other pisco cocktails, plus excellent ceviche, tequeños de cangrejo (wontons stuffed with crab and shrimp) and causa marina (potatoes and crab) make this place worth a visit. The lomo saltado is one of the most flavorful versions around. 527 Fourth St., Santa Rosa, 707-536-9201, warikesf.com 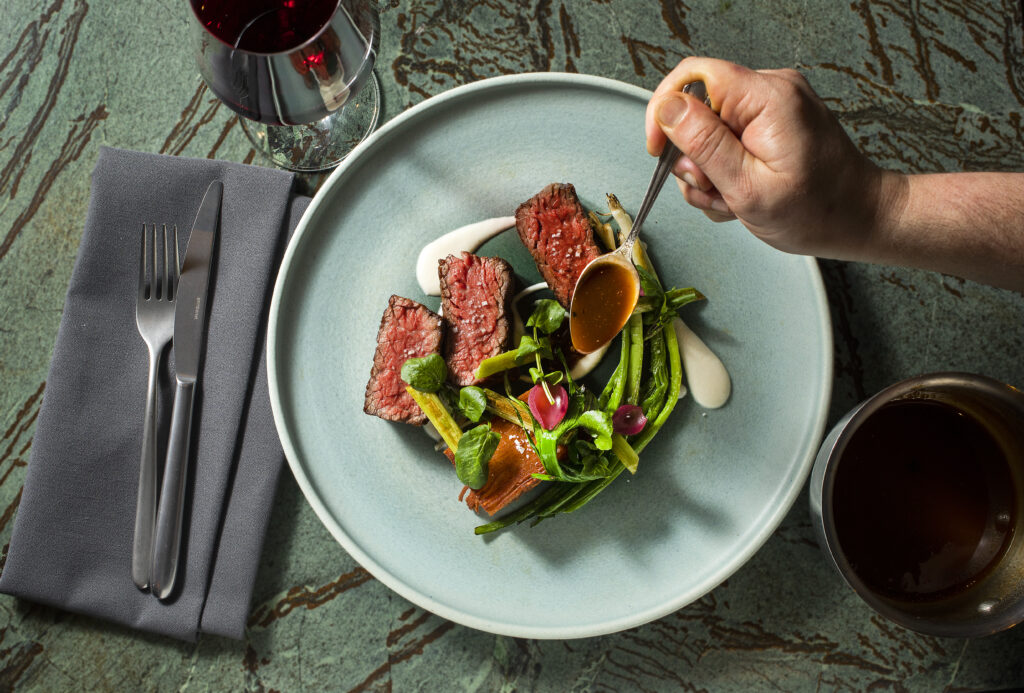 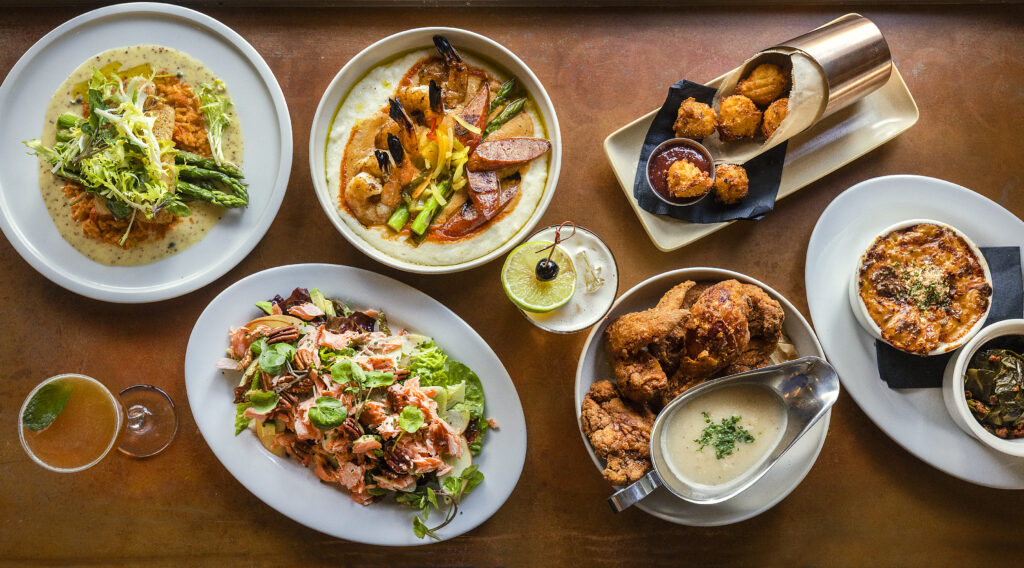 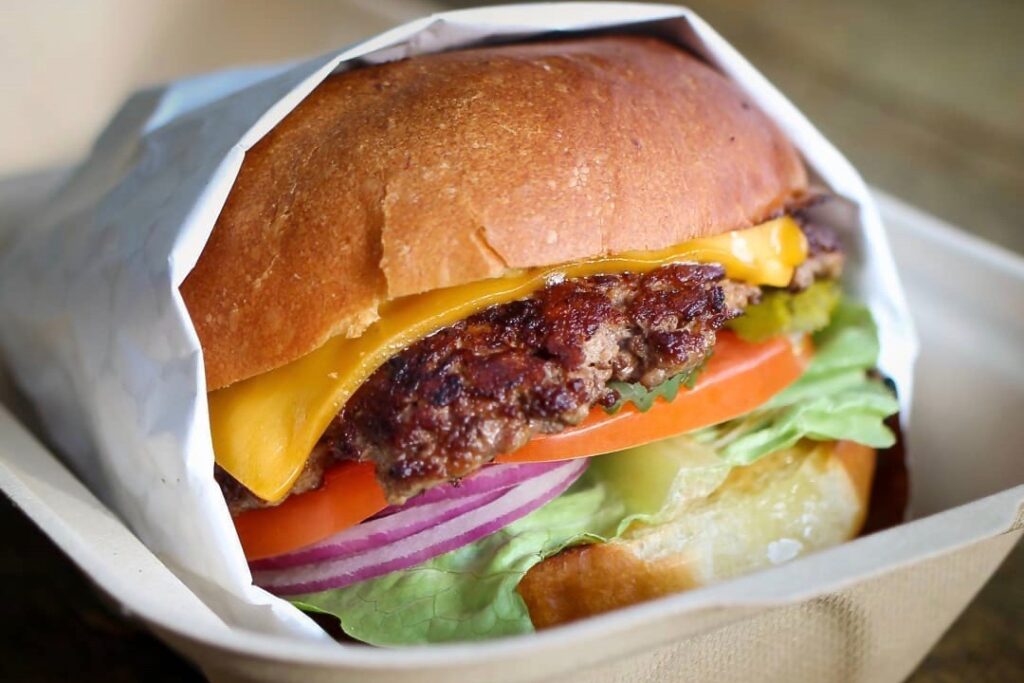 These restaurants serve affordable meals with all the flavor, heart and soul of fancy food.