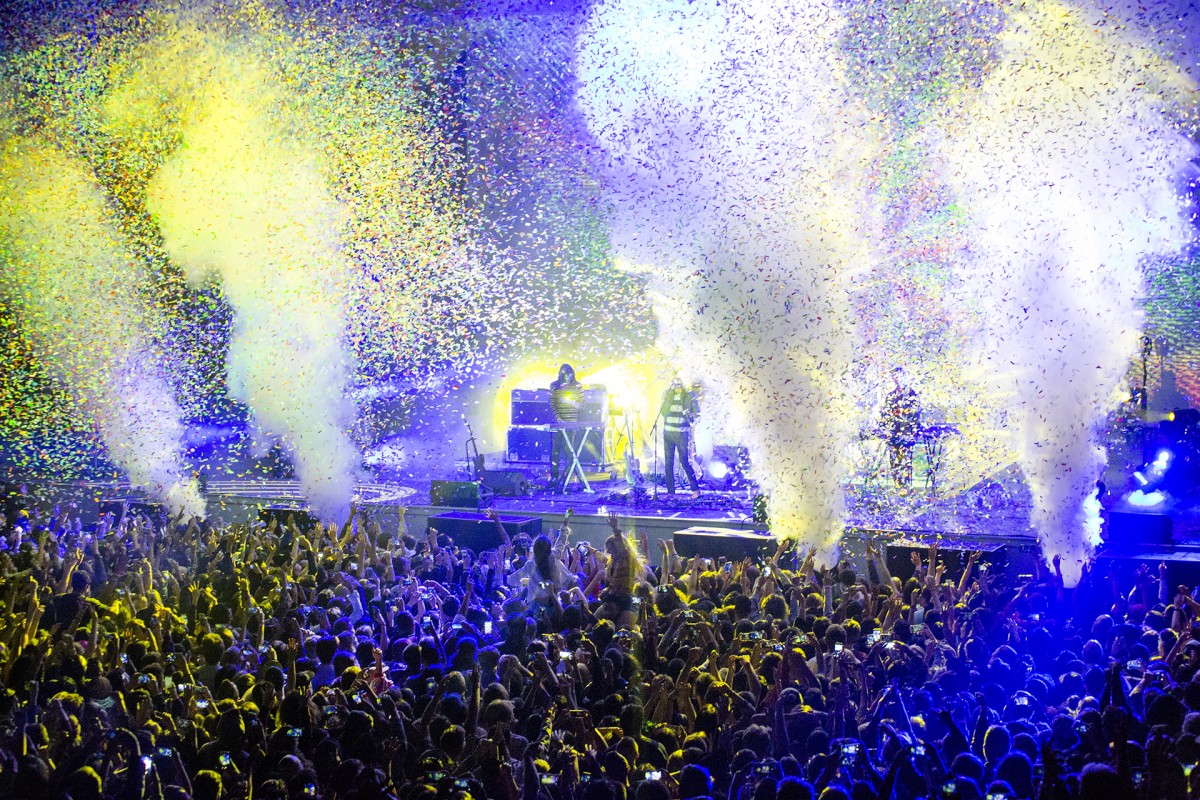 The synthesizer sounds of Australian indie-rock band Tame Impala resonated through a sold out Greek Theatre in Berkeley on Saturday. While many were away on a mystical Burning Man journey, frontman Kevin Parker and Co. propelled the Bay Area audience into a psychedelic trip — covering a swaying sea of fans with confetti, instead of playa dust.

Against a backdrop of mind-blowing multicolored projections and bright lights flashing across the sky, Tame Impala brought out the confetti by the second song on the setlist, “It Can Happen,” a single from the band’s most recent album “Currents.” Kevin Parker is the mastermind behind Tame Impala lyrics and recordings, his latest work – a wistful exploration of heartbreak, longing and change – was powerfully contrasted by the polychromatic stage show.

It is stage antics like these that made tickets for the Aussie band’s two-night performance at the Greek Theatre disappear months in advance. Selling out an 8,500 capacity arena is no easy task. Yet, the demand for Tame Impala tickets was so high that they were going for $140 dollars and more on StubHub on the day of the show.

During their live performances, Tame Impala creates the perfect mix of dreamy melodic beats and vibrant visual art. Halfway through the set — smoke clouds, strobe lights and sonic waves in the air — I left my seat to grab a beer and walked past a girl who ecstatically exclaimed: “I can feel the colors.”

When the band revisited their first studio album Innerspeaker with the song “Why Won’t You Make Up Your Mind,” I understood what the ecstatic girl had felt. While I enjoyed the tour’s focus on “Currents” – an album with a dance-pop inspired theme different to previous releases – it was nice to hear the band reach back to its roots. 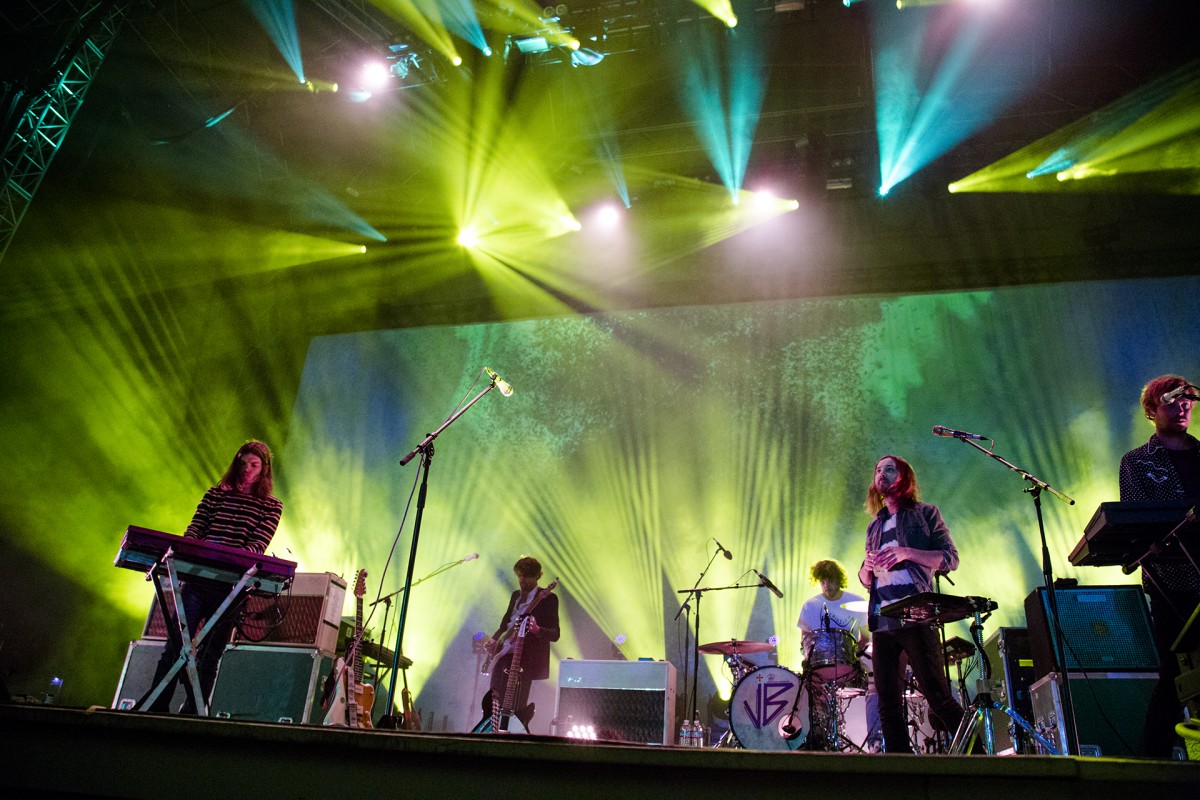 A series of dreamily engaging and transcendent moments continued to bewitch the Berkeley crowd, even when the light show came to a temporary halt during “It’s Not Meant To Be” and Kevin Parker stood on a dark-lit stage, his back against the crowd, strumming the same chords for over two minutes.

Awash in color, Tame Impala also delivered raw emotion and a sense of yearning with every song; a brutal honesty that seemed to resonate deeply with the audience. During “Yes I’m Changing” (a song about personal transition), a man in front of me closed his eyes and held his hands over his heart as he sang: “Yes I’m changing, can’t stop it now and even if I wanted I wouldn’t know how. Another version of myself I think I found, at last.”

That same honesty was present when Kevin Parker addressed the audience at the end of the Saturday set. During what was supposed to be the last song, “Apocalypse Dreams,” Parker told the crowd how grateful he is for his fans and how they are the reason he’s able to continue playing show after show — especially after a night out in Oakland. “It may be all the painkillers, but I’m pretty sure it is you guys,” Parker said. 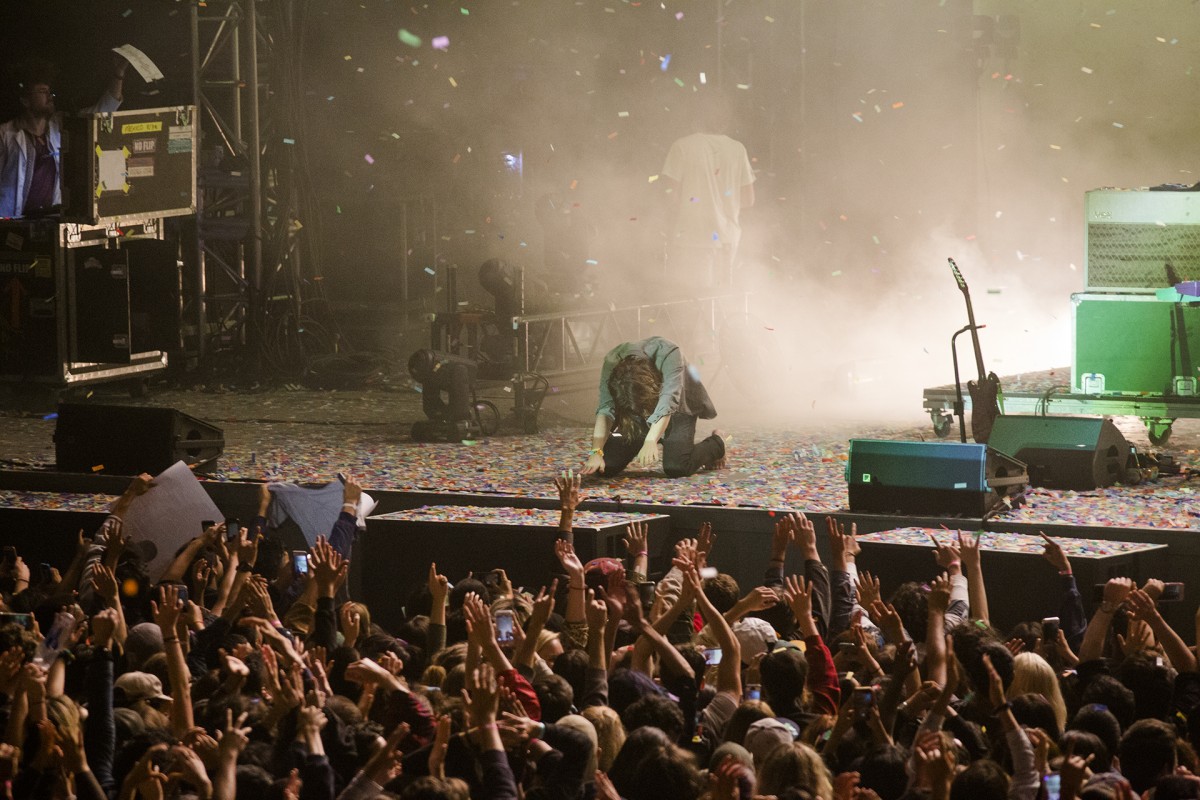 Once the song finished, the crowd of 8500 people broke into a reverberating roar that lasted until Tame Impala reentered the stage and finished the night with “Feels Like We Only Go Backwards” and “New Person, Same Old Mistakes.” The two extra numbers created a blend of distortion pedals, confetti canons, and cheering fans.

At the end of the night, transported to a dimension of great waves of sound and flashes of vibrant color, it was hard to acclimate to the real world. On my drive back to the North Bay, I found myself thinking, “I wonder if this is what coming back from Burning Man feels like?”

View more photos from the Tame Impala Saturday set at the Greek Theatre in Berkeley below. Photography by Estefany Gonzalez. 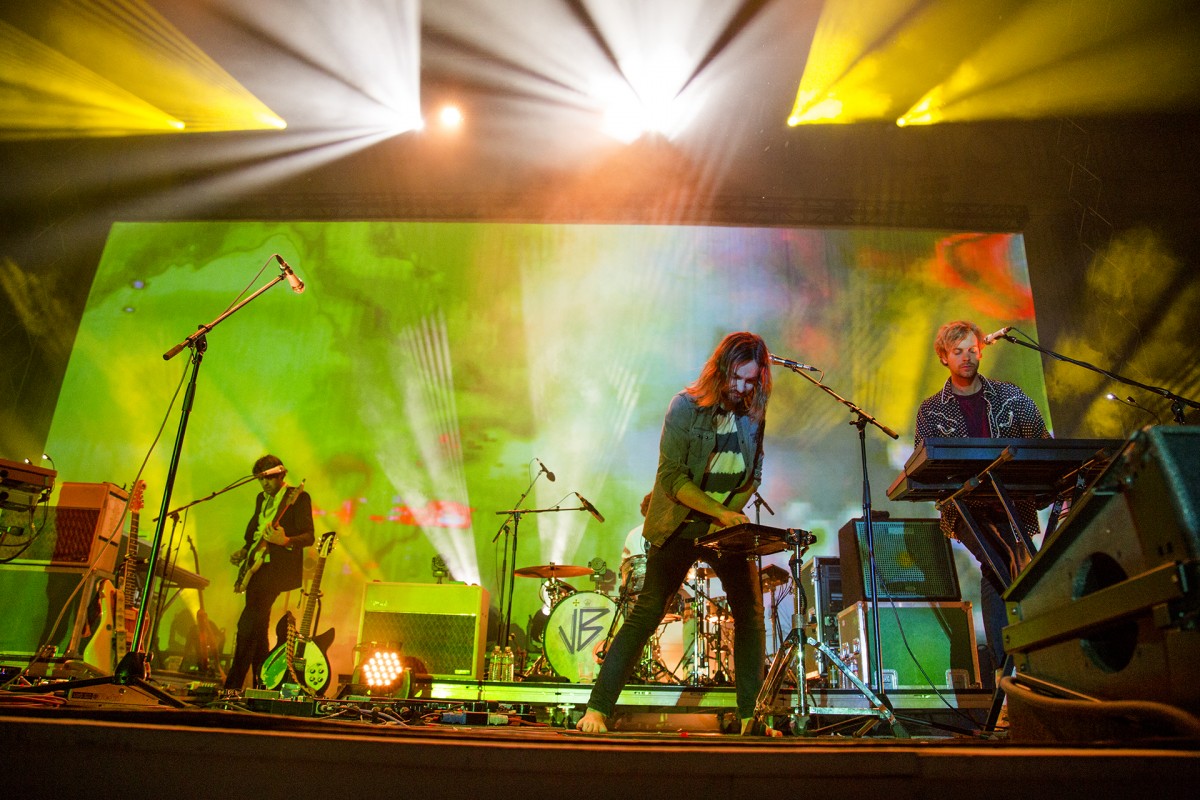 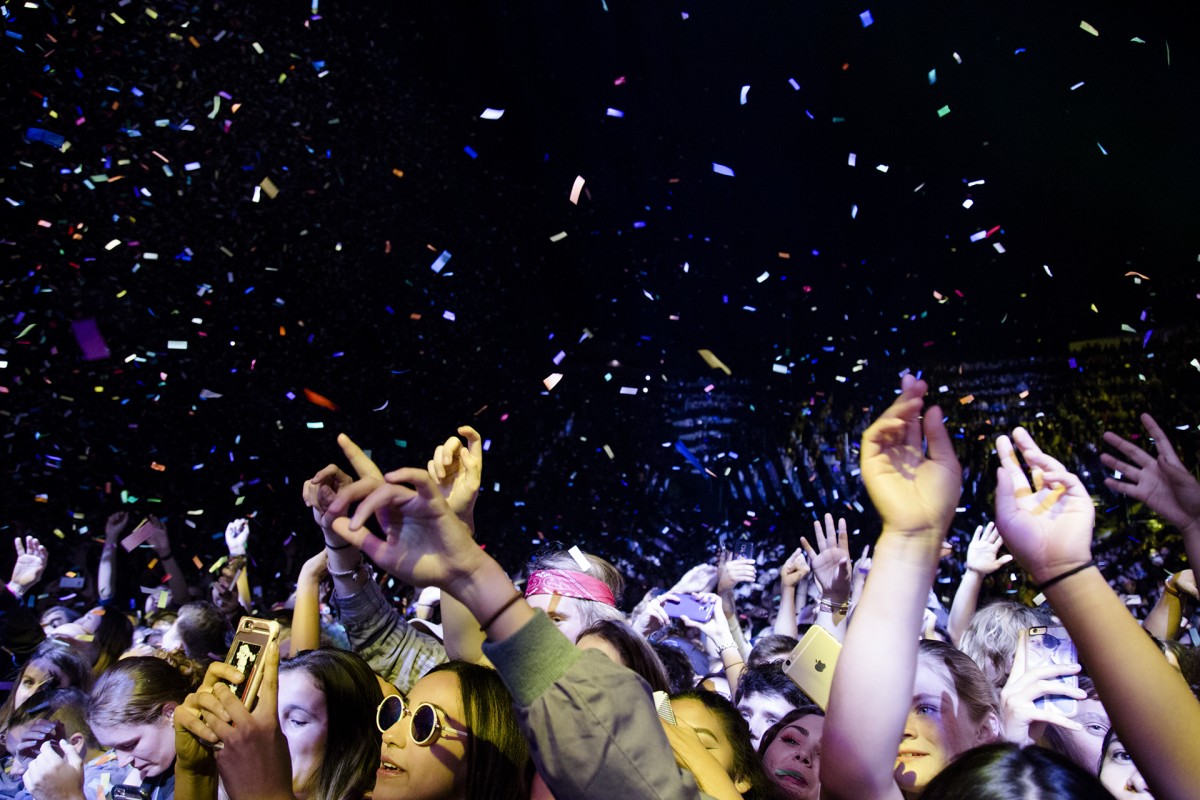 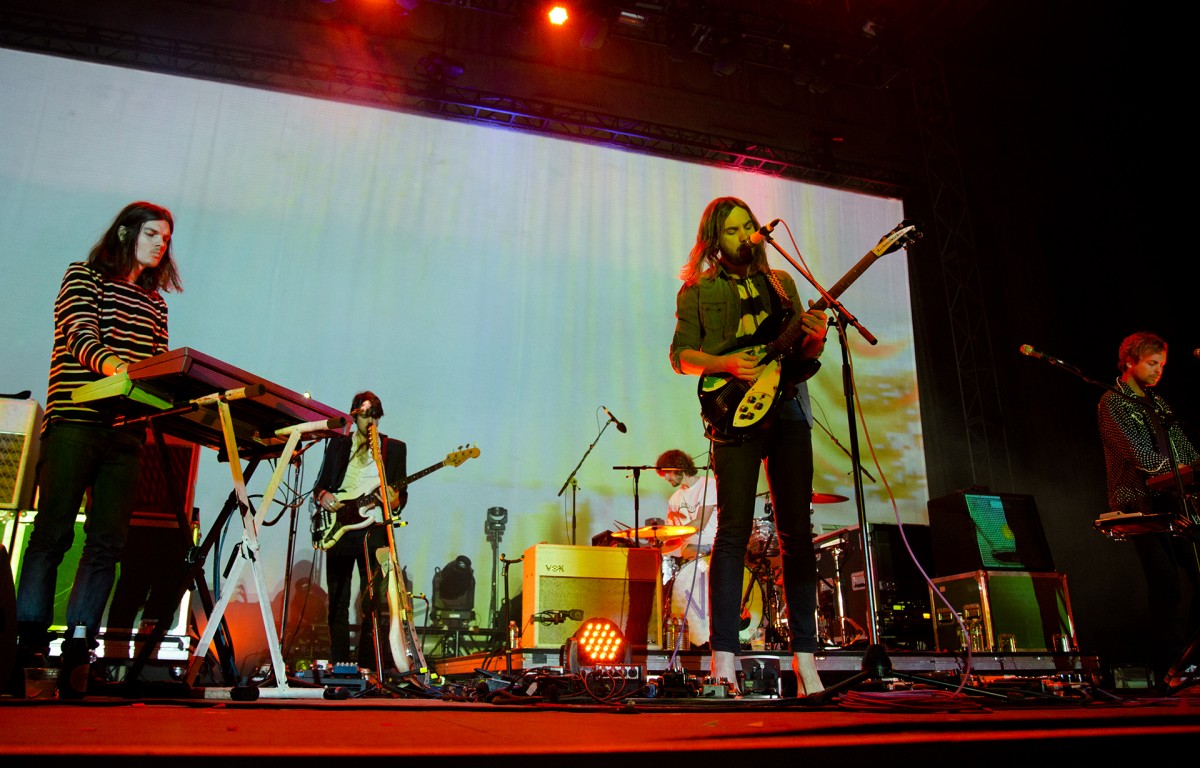 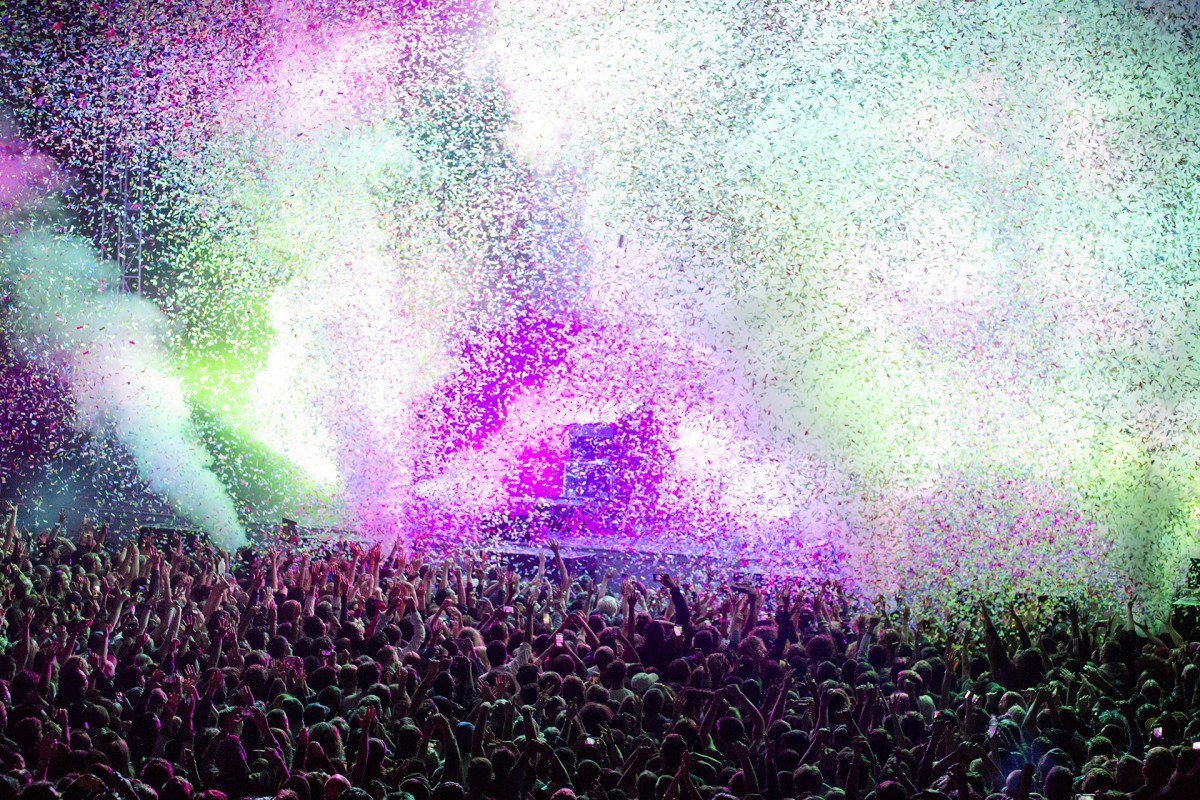 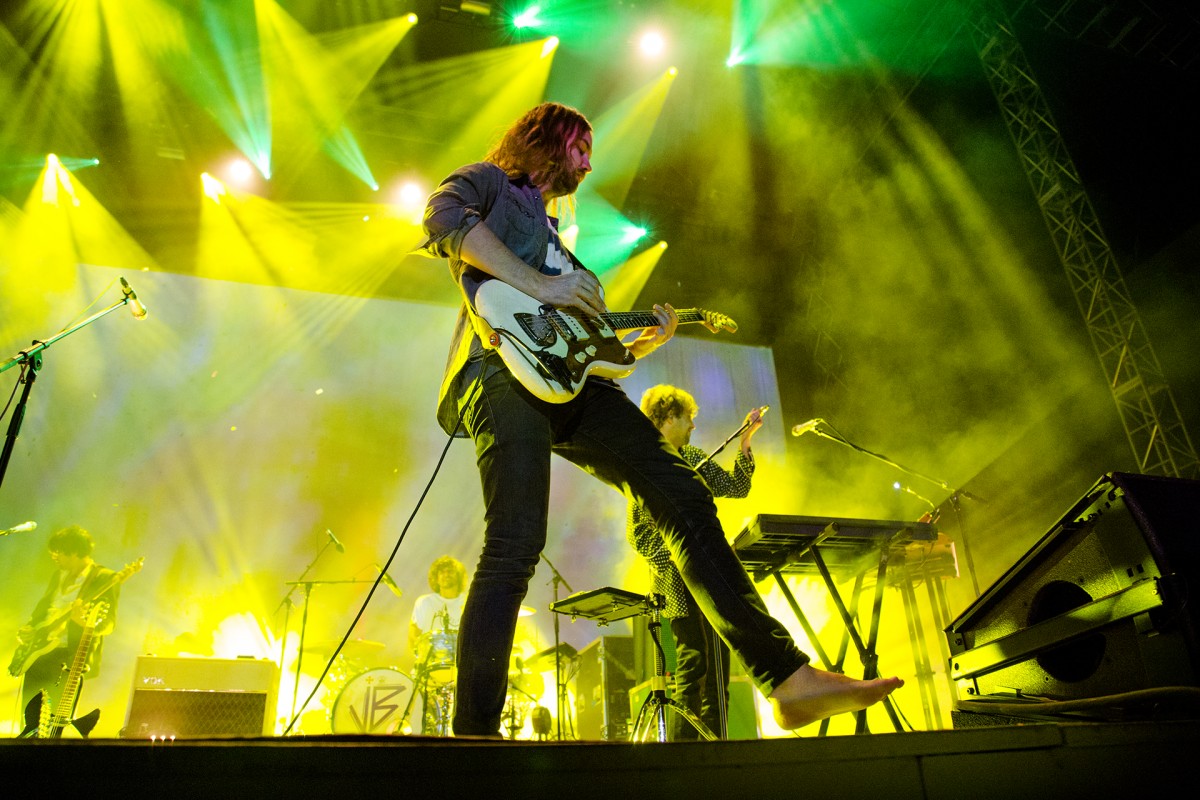 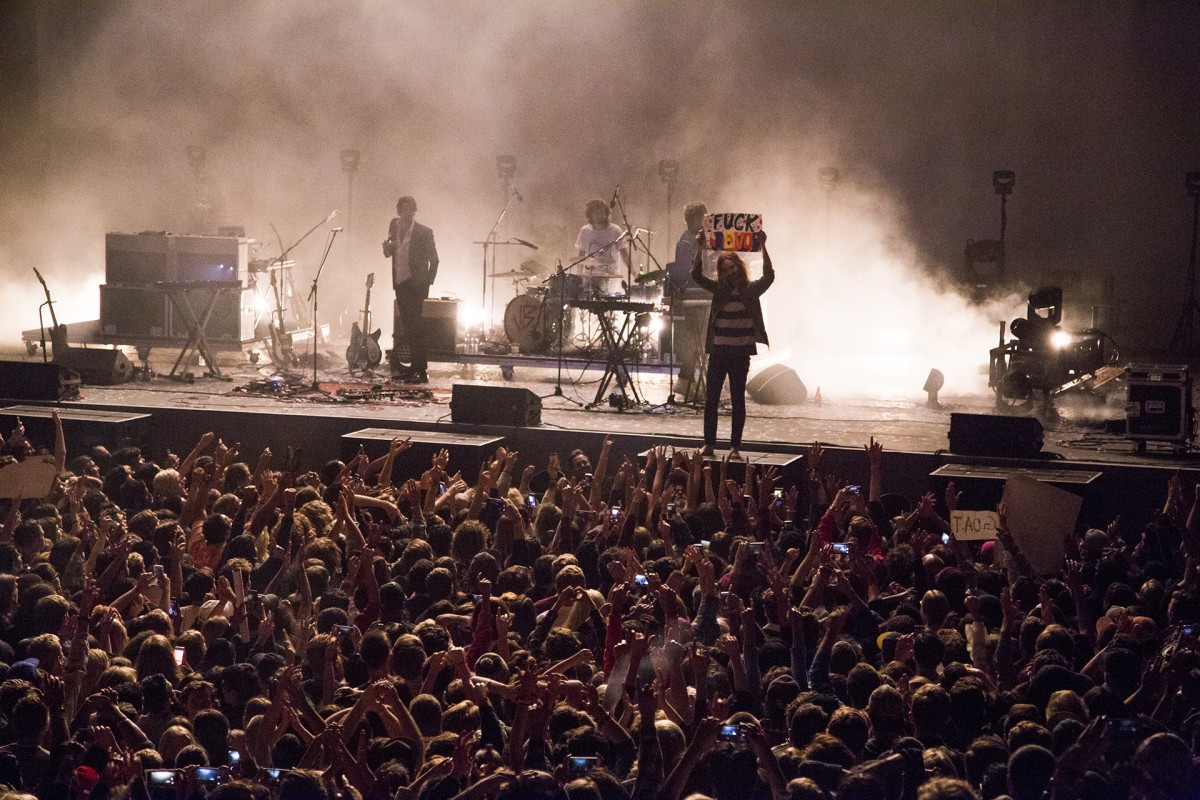 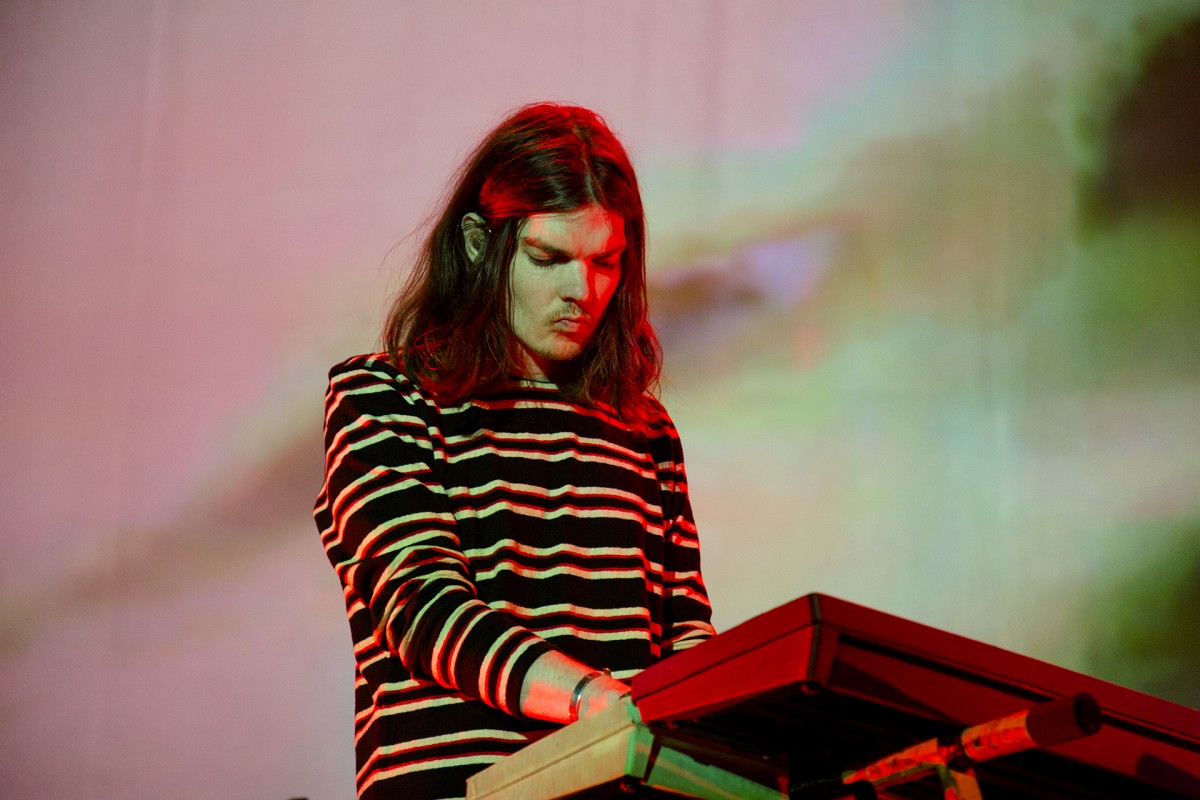 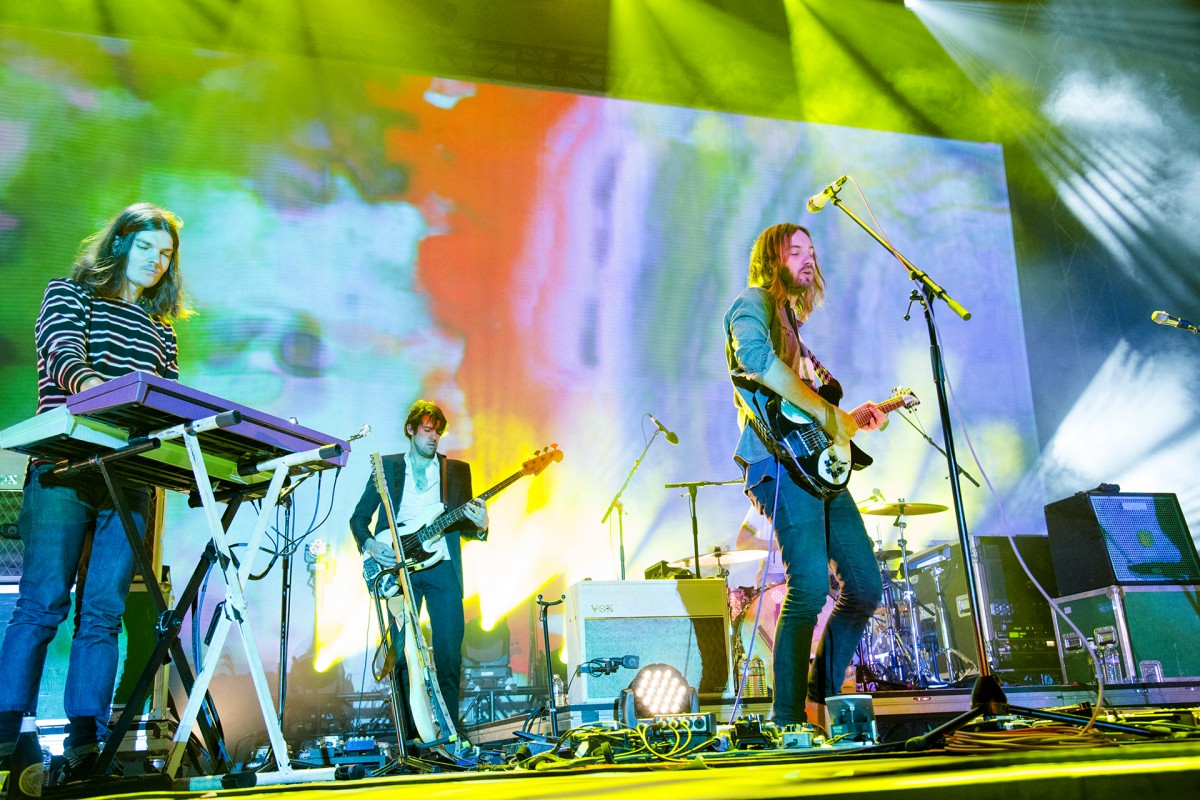 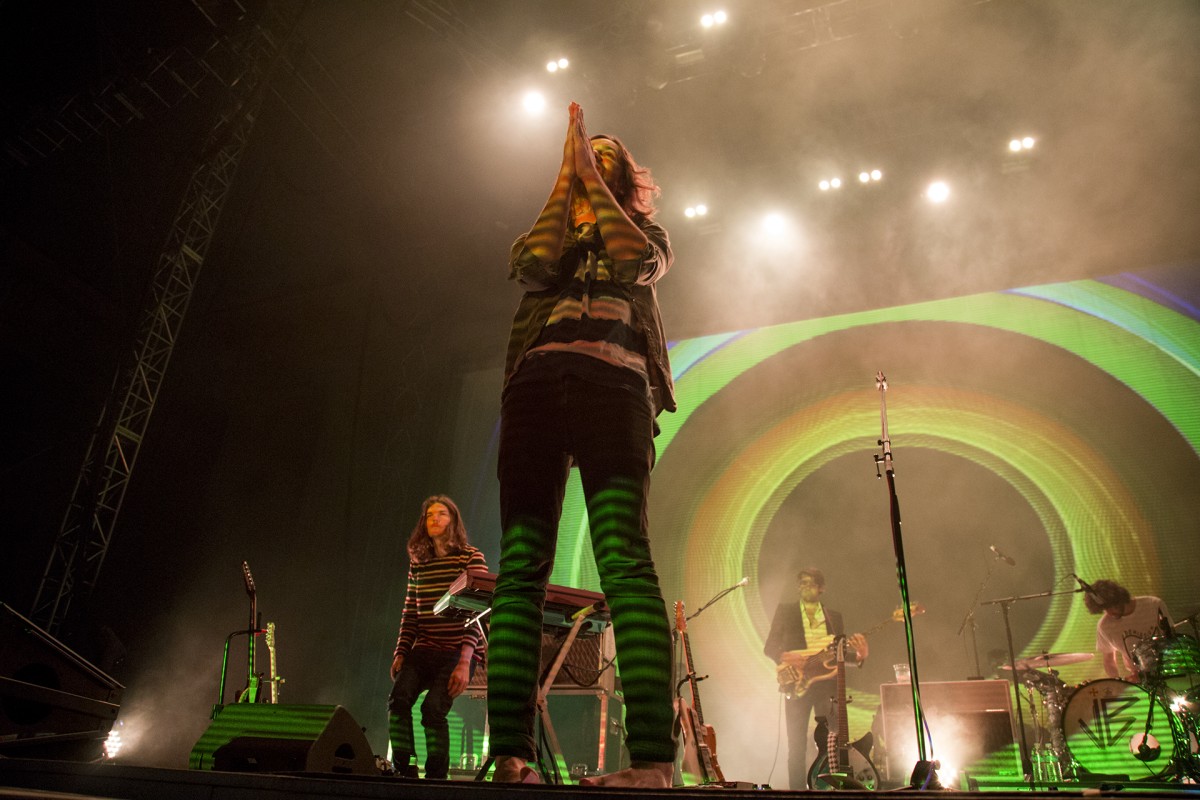 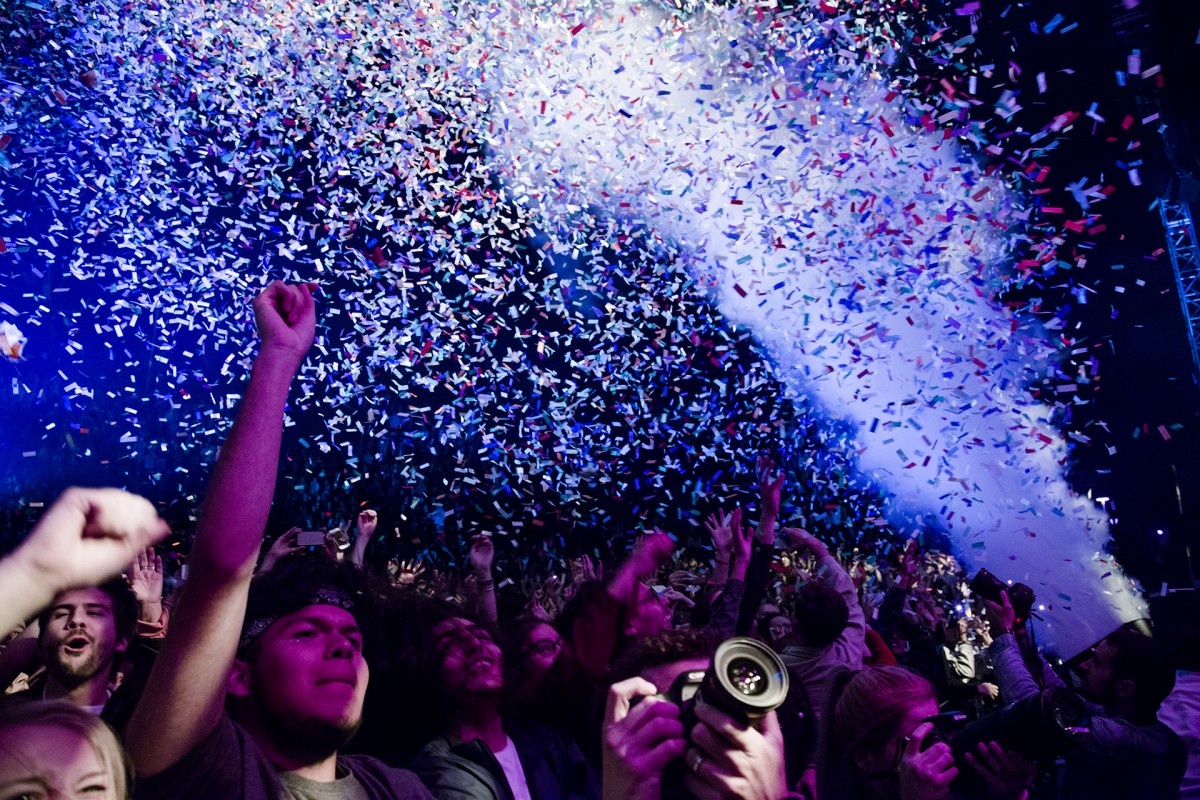 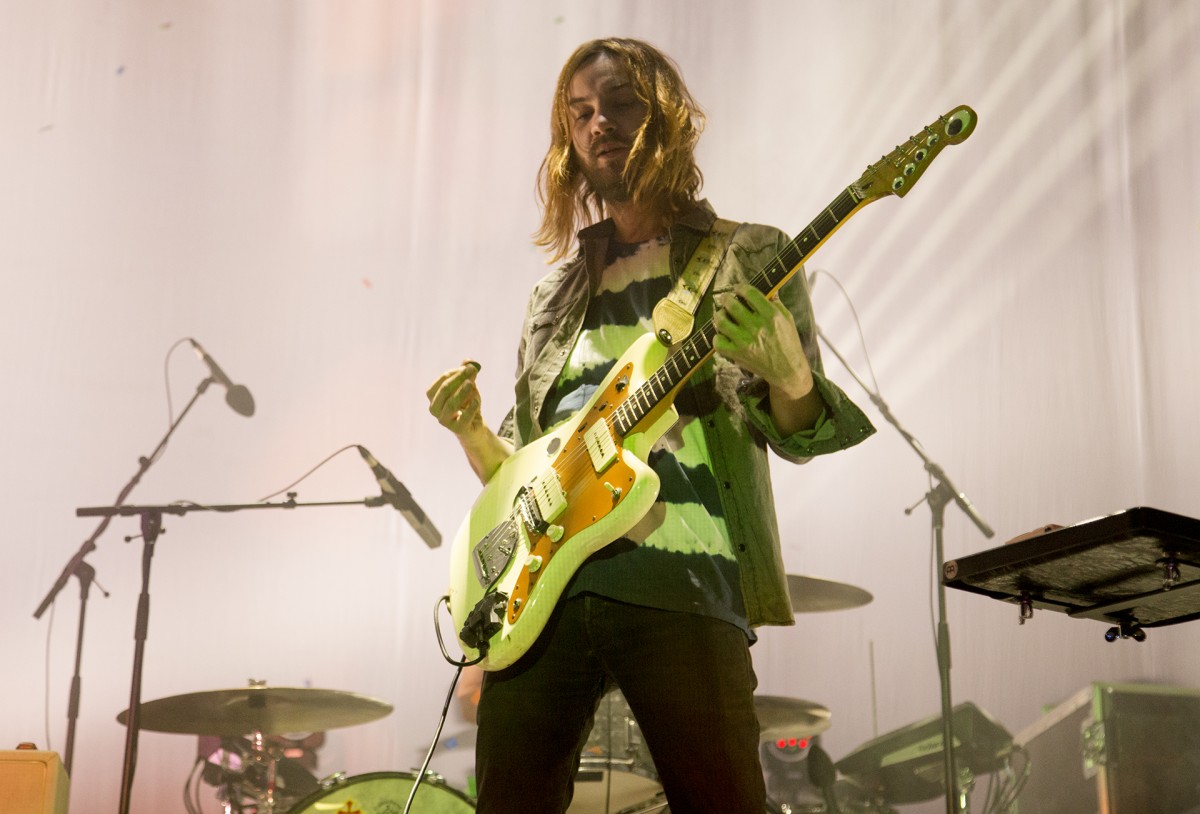 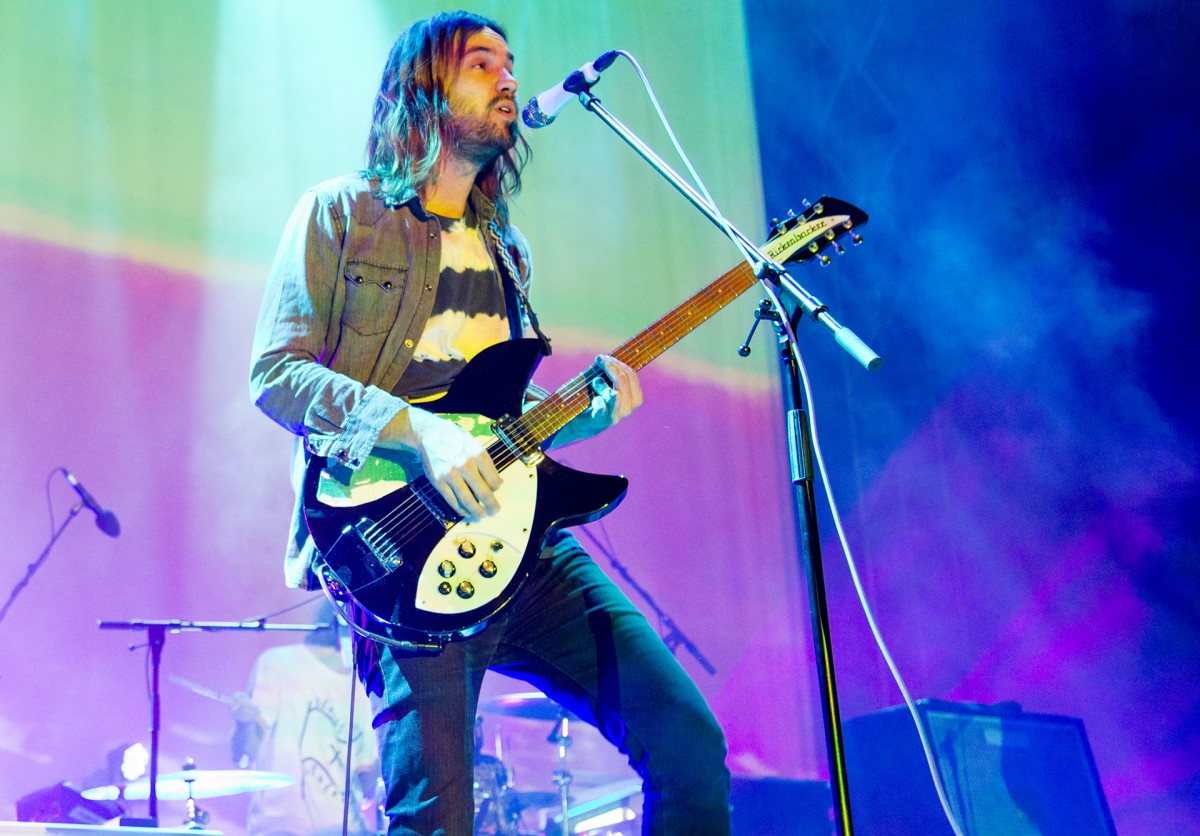 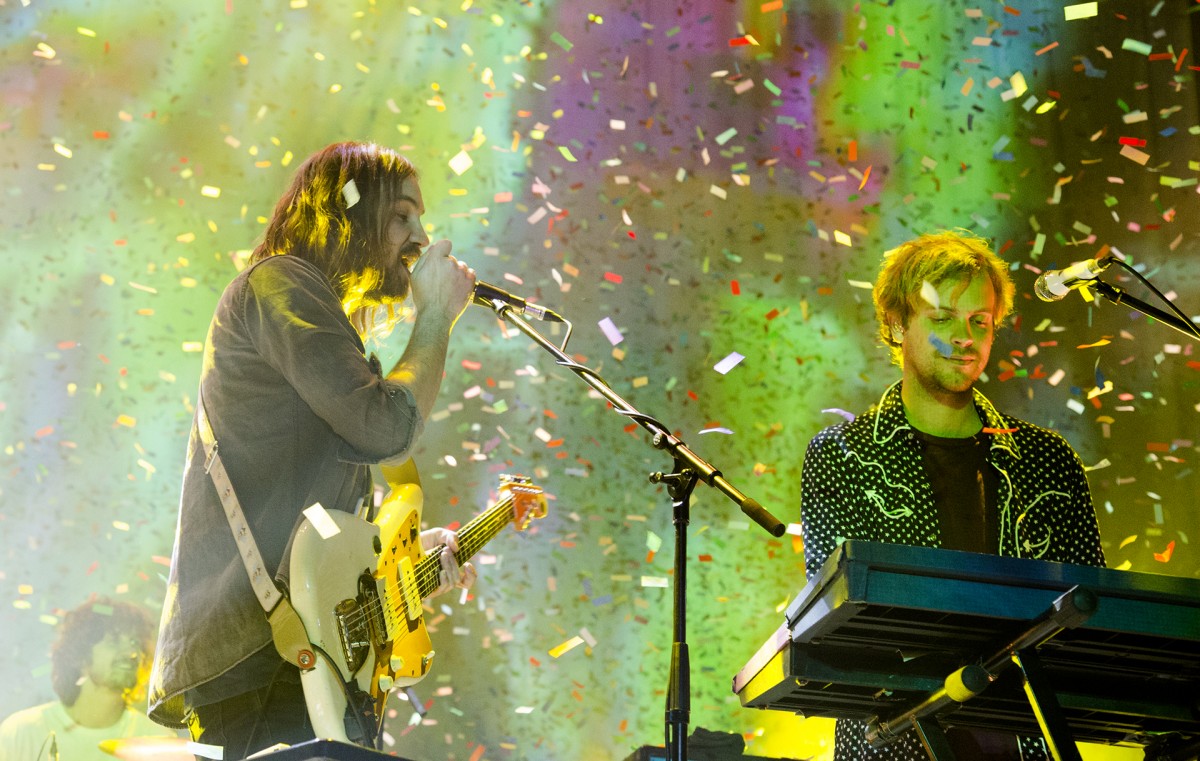 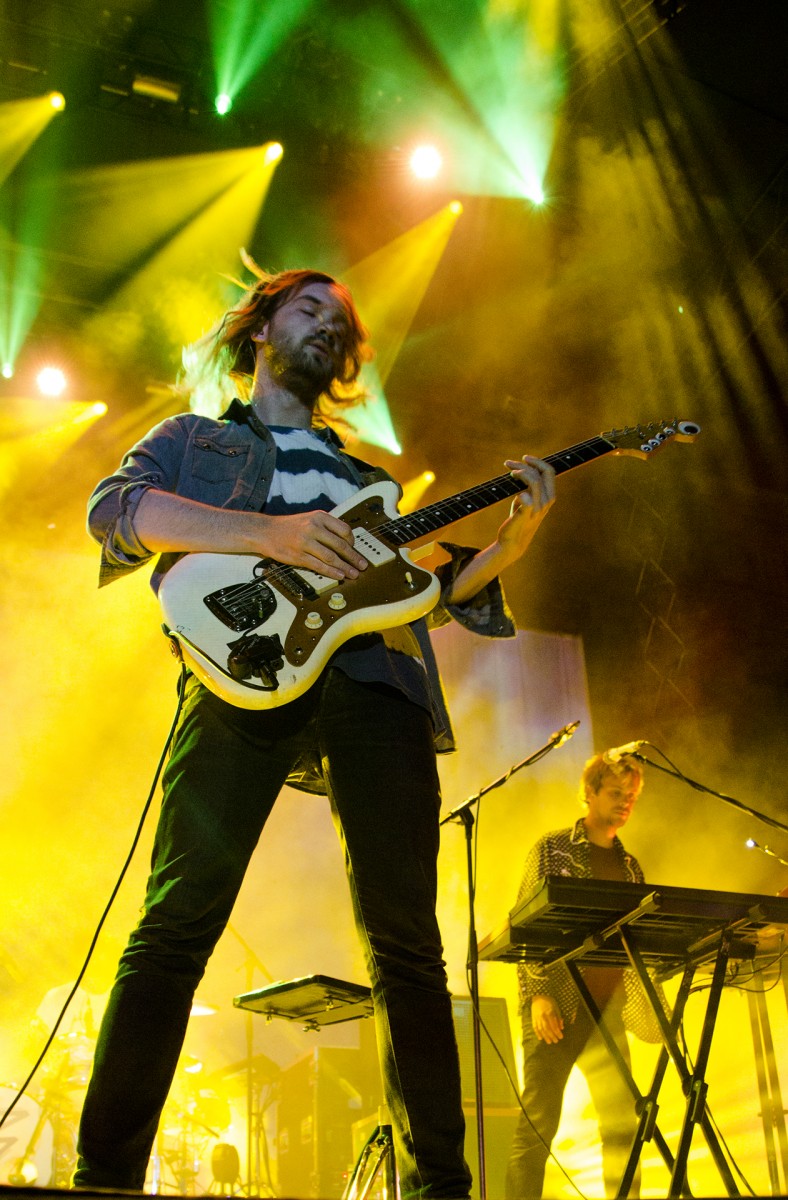 Things to Do in Sonoma County this Labor Day Weekend

'80s nostalgia, zydeco and all things creole, coming up this weekend.