Bubbly has become a way to celebrate all occasions: getting the COVID-19 vaccine, eating at a restaurant for the first time in a year, sending the kids back to school, April Fools’ Day, Passover, Easter, a day with much-needed spring rain or the next sunny afternoon, warm and thirst-inducing.

As Sonomans and visitors find more reasons to enjoy sparkling wine, producers are responding to the increased demand by using old-is-new-again ways to put bubbles into the bottle quicker, at lower prices and in more diverse and interesting styles.

A number of Sonoma wineries long ago mastered the time-consuming techniques for making sparklers that mirror the quality and depth of true Champagne, which relies on chardonnay and pinot noir for the base wines and a secondary fermentation in the bottle, called méthode champenoise. In the 1980s, Gloria Ferrer Caves & Vineyards, Iron Horse Vineyards, J Vineyards & Winery and Piper Sonoma joined Korbel Champagne Cellars (established 100 years earlier) as power players in the sparkling wine scene in Sonoma, turning sunny California fruit into wines with brioche and toasty aromas and flavors, a fine bead of tiny bubbles and crackling acidity.

Yet wines made with less-intensive methods, and using nontraditional grape varieties, have burst upon the scene. There are pétillant naturels, or pét-nats for short, which are bottled while still undergoing a first fermentation and closed with a crown cap instead of a cork. The French call this process méthode ancestral, with the yeast staying in contact with the wine until the cap is removed. Out gushes a fruity, slightly creamy and easy-to-drink sparkler that lacks the complexity of Champagne-like wines, yet is crowd-pleasing in its simplicity.

Some wineries are applying the charmat method to carbonate their wines in large steel tanks, adding carbon dioxide to create the bubbles. Like pét-nats, these fizzies are all about the fruit, nonfussy yet satisfying, ready to enjoy soon after bottling and typically costing half as much as méthode champenoise sparkling wines. (In deference to Champagne houses’ demands that the term champenoise be used only for Champagne, many U.S. producers now label their sparkling wines as méthode traditionnelle.) Grapes including zinfandel, syrah, malbec and gewürztraminer are showing up in Sonoma wines made with méthode traditionnelle, thus expanding the aromas and flavors of sparklers beyond the characteristics of chardonnay and pinot noir.

Lucas Meeker, winemaker for his family’s Meeker Vineyards in Healdsburg, is one of Sonoma’s “mad professors” experimenting with the various ways bubbly can be made.

“Pét-nats are definitely trendy right now,” he said. “First, the bottle-soon-drink-soon nature of pét-nat goes hand in hand with the rise of natural wine. It’s also a method that can heighten less-explored grapes and regions that might struggle to get the tannin, ripeness or climate necessary to make more traditional wines.

“I think the reason people are drinking pét-nat is the same reason why I ended up making it after years of eyeing up traditional method. Traditional sparkling wine is expensive to make and drink. When you bring the investment cost down from a production side, winemakers like me are excited to start pushing the boundaries and doing new things, like sparkling verdelho, or even twists on old things, like our sparkling Russian River Valley pinot noir. It makes for an influx of new, exciting options of sparkling wines at accessible prices, which are not designed to age but instead reward drinkers who embrace the new, the exciting or the ephemeral.”

Meeker currently offers two pét-nats, Pop Punk #1 and Pop Punk #2. The grapes are pressed, fermented in a tank, then bottled so the residual sugar in the fruit interacts with the yeast, creating carbon dioxide (bubbles) and alcohol.

“The primary goal with the Pop Punk series is to make sparkling wine accessible, fun and straightforward — both for the consumer and for us,” Meeker said. “One of the biggest cost buckets in sparkling wine is riddling and disgorging. By skipping that step and asking consumers … to save them and us money by accepting some cloudiness (in the wine) seems to be a much easier ask now than it used to be.”

Meeker is not alone in this quest to create sparkling wines without the equipment, time investment and expense of méthode traditionnelle bottlings, which are admittedly more complex and age-worthy than pét-nats and charmat-produced bubblies. Others are turning dark-red grapes into fine sparklers using Champagne methods.

Here are a handful of unusual-suspect wineries leaving tradition behind in the pursuit of more diverse and delicious sparkling wines.

Amista owners Mike and Vicky Farrow had their hearts set on producing sparkling wine when they bought what is now called Morningsong Vineyards in 1999. They added syrah to the chardonnay vines, purchased cabernet sauvignon and zinfandel grapes from others and released their first wines in 2005. Three years later, they launched their sparkling syrah, a relatively bold move in Sonoma yet a long-established tradition in Australia, where they turn syrah grapes into sparkling shiraz. So besotted with sparkling wine were the Farrows that they created the Amista Sparkling Friends wine club in 2014.

The Farrows converted many of their 20 vineyard acres to Rhone Valley varieties, including grenache and mourvèdre; those grapes go into Herzberg’s sparkling, still and dessert wines, showing off the versatility of red grapes in making a range of styles.

Rack & Riddle co-founder Rebecca Faust and her sisters, Cynthia Faust and Sharon Cohn, created Breathless Wines to honor their mother, Martha Jane Faust, who died of a rare respiratory condition — but not before teaching her daughters the joy of each breath taken. Unofficial fourth sister, Penny Gadd-Coster, is their winemaker, as an offshoot of her duties as director of winemaking at Rack & Riddle.

The Breathless méthode champenoise sparklers are fresh and lively with rich fruit flavors balanced by crisp acidity. My favorite, the Breathless NV Sonoma County Brut ($27), is an excellent value: a beautifully balanced blend of chardonnay and pinot noir with red berry, citrus and tropical fruit notes and a subtle yeastiness. There is also a blanc de noir and sparkling rosé, each fruity yet refined.

A fledgling brand, created in 2012, Breathless is making rapid strides in the quality of its wines and also in its range. Three sparklers debuted in 2021: single-vineyard designates from the Robledo Vineyard in Sonoma (two blanc de noirs) and the McMinn Vineyard in Russian River Valley (blanc de blancs). Each is $39.

Michael Cruse and his family moved from San Francisco to Petaluma when Michael was 10. He studied biochemistry at UC Berkeley, got a lab job at Sutter Home in Napa Valley and worked in the cellar at Starmont in Carneros before starting his own Cruse Wine Co. in a Petaluma industrial space.

Cruse’s Ultramarine méthode traditionnelle sparkling wines made a big splash with younger and adventurous drinkers. They are iconoclastic, scarce and made by hand in every step. Prices have soared beyond $100, thanks to the “cult” status Ultramarine has achieved. Cruse looks to single vineyards, such as the Charles Heintz Vineyard on the Sonoma Coast, to showcase site personality rather than regional blends, which are the foundations of most Champagnes and California sparkling wines.

Cruse expanded his bubbly lineup to include pét-nats such as Ricci Vineyard Carneros Sparkling St. Laurent ($32) and Deming Vineyard Napa Valley Sparkling Valdiguié ($35). They are exuberantly fruity with a chalky texture and mouth-filling generosity. The cool kids embrace them.

“I got into (sparkling wine production) because it is difficult to do and I appreciated the challenge,” Cruse said. “But as I learned the craft, I realized that it was an exceptional way to tell the story of terroir and that, in California, we haven’t been particularly good at it. Or put a different way, most of the sparkling wine in California has been built on the Champagne large-house models and not the grower model of expressing one little plot of land. So that’s where my interest lies.”

Randy Pitts’ family has grown wine grapes in the Russian River Valley since 1976. In 2000, he assumed the farming responsibilities at the 9-acre ranch and began making zinfandel from the ranch. Pitts’ sparkling wine program began in 2003 with gewürztraminer, the lone white grape grown on the estate.

Over the next decade, Harvest Moon added small lots of sparkling pinot noir rosé, chardonnay, zinfandel and a red sparkling blend made from pinot noir and zinfandel. The gewürztraminer is the shining star: racy, spicy and dry on the palate, with hints of apple and honeysuckle. The sparkling wines, produced by the traditional method, range in price from $48 to $50. Nearly all the grapes are grown on the estate on Olivet Road, in the Russian River Valley. For still-wine fans, there are several zinfandels, gewürztraminers and pinot noirs.

Charlie Meeker, who died earlier this year, and his wife, Molly, founded Meeker Vineyard in 1977 in Dry Creek Valley. They launched their wine brand in 1984 with zinfandel, cabernet sauvignon and chardonnay as their chief varietals. Charlie was in the movie business at the time, working as an attorney, film producer and eventually president of Metro-Goldwyn-Mayer. After retirement, he immersed himself in grapegrowing and winemaking, with Molly as captain of the ship.

Their son Lucas joined the winery full-time in 2007 and has, since then, added an experimental excitement to the brand. He’s become a master grenache maker and blender of Rhone Valley red grape varieties, introduced a white verdelho from Contra Costa County and numerous rosés and continued his father’s efforts in making zinfandel and merlot. Pop Punk, the two pét-nats he produces — a rosé ($34) and a verdelho ($29) — add a youthful vibe to this Dry Creek Valley winery, which has one foot in traditional winemaking and another in sky’s-the-limit thinking.

Meeker recently moved its tasting room to its winery in Healdsburg, after earthquake retrofitting construction at its former Geyserville space made continuing there impossible.

Ned Hill, proprietor of La Prenda Vineyard Management, farms multiple sites within Sonoma Valley. A few years ago, he began producing wines from his clients’ grapes and selling them under the Sonoma Collection and La Prenda labels. In March, he released the Sonoma Collection 2020 Carneros Pétillant-Naturel sparkling wine ($28), a blend of chardonnay grapes from the Hi Vista Vineyard and pinot noir from La Prenda’s Vineburg Ranch. Winemaker Mike Cox, formerly of Schug Winery, made the 2020 pét-nat, which is dry and refreshing, with low alcohol yet with a robust character from the yeast that comes alive when the crown cap is removed.

“The pét-nat 2020 came about sitting around with Ned Hill and Guido Murnig, our sales director,” Cox said. “We had played about with sparkling wines and wanted to produce something fun to mark the end of 2020. Ned has always been very encouraging, and so I ran with it. We actually ended up splitting the lot and are going to produce a méthode traditionnelle as well from this.”

There is also a charmat-method La Prenda 2019 Sonoma Coast Brut Rosé ($20) of pinot noir, a generously fruity, fizzy wine with less yeast character — and at half the price — of méthode traditionnelle sparklers.

Hill’s wines can be purchased online and at several local markets and wine shops. According to Cox, the pét-nat is sold at Broadway Market and Sonoma’s Best, both in Sonoma. 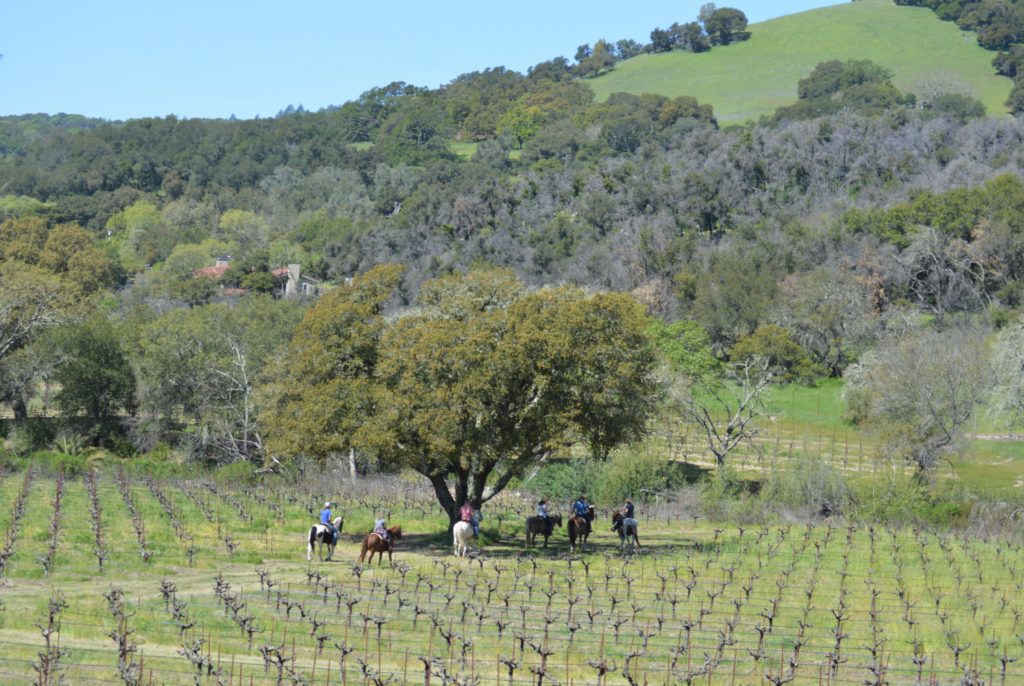 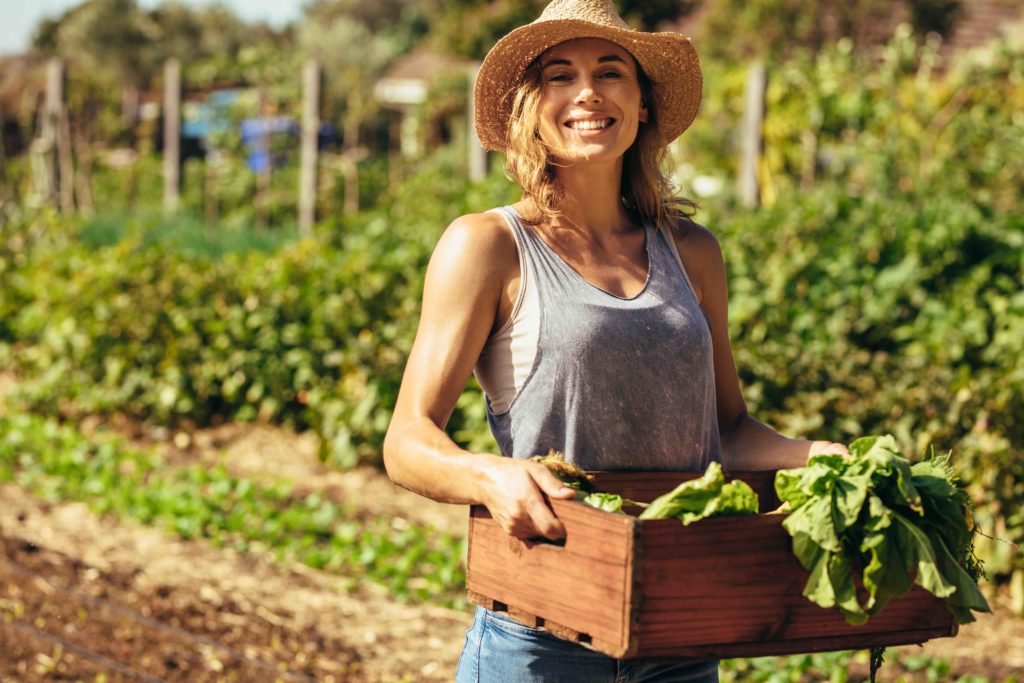 It has taken perseverance, creativity and more than a few coats of paint for Farmhouse Inn to get to where...