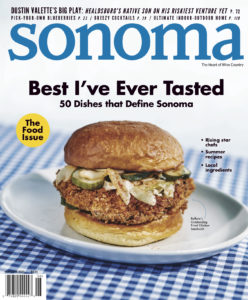 Old MacDonald never had an Instagram account. But he had a farm. And on that farm, he had a pig and some cows and some ducks and so on. But he probably never had to post daily updates letting everyone know how his animals were doing. Or find the best light or background before taking a photo of his horse. Or pretend like everything was perfect on that farm, when maybe some days, it was really just one big, dirty, sweaty, backbreaking mess.

“I’ve been stung by bees. I’ve had sunburns. I’ve twisted my ankle in a row — but no one wants to know about that stuff. They just want to see the pretty buckets of flowers,” says Sarah Deragon, who runs Radical Family Farms in Sebastopol with her partner Leslie Wiser. A series of early Instagram posts about harvesting pea shoots, also known as the Chinese delicacy dòu miáo, helped launch the farm and connect the couple with a niche Bay Area customer base hungry for Asian heritage vegetables.

On one hand, social media can be a valuable tool for farmers looking to connect directly with consumers. But it also blurs reality. Scroll through enough heavily filtered, stylized shots on Instagram and you’ll see the idealized picture-perfect postcard of the Sonoma County farm.

“It’s often very choreographed,” says farmer Will Holloway, who recently rebranded his Blue Leg Farms as Longer Table Farm with his fiancée Gina Strathman, a florist. He’s noticed that “if you look at what does best on social media, when you look at our analytics, it’s always the stuff that has a person’s face in it.”

But beyond the face, it’s what the person is actually doing that matters, especially if they strike a familiar pose. Glam harvesting is one of the most common social media farming clichés. “There’s always the bundle of flowers or carrots with the over-the-shoulder look, with the bundle under the arm. That’s an absolute classic,” says Holloway. “It’s one we often make fun of.”

At Radical Family Farms, Deragon and Wiser try to find a balance between aspirational and educational. “I feel like that’s part of the romance of the farm — and I think we’re aware of selling that part of the dream — but I feel like it has to be a mix. It can’t all be perfect vegetables and people in floral dresses harvesting. It’s also hot and dirty work. The people I like to follow are more genuine in sharing successes and failures. But there are still those people who farm in this idealized way that people who are actually farming know is total bullshit,” says Deragon.

It’s not enough to just feed mouths anymore. Many of today’s successful farmers are constantly on display. That means that they have to do things their green-thumb predecessors never did, like looking into a camera and talking directly to clientele to cultivate Facebook and Instagram followers who aren’t satisfied with a simple CSA box subscription.

“It’s like you have to always put your best face forward or you always have to be performing,” says Melissa Lely, who runs Bee-Well Farms in Glen Ellen with her husband, Austin. She says she’s definitely felt “the pressure to present the glamorous farm and not the dirty, grungy farmer.”

She and Austin met at Chico State, where they both majored in special events and tourism. After graduation, they stumbled on farming when a family friend offered up his property. It’s probably why Melissa identifies so much with some of the struggles experienced by the newbie farmers featured in the 2018 documentary “The Biggest Little Farm.” During the pandemic, Bee-Well pivoted away from farmer’s market sales and began selling directly to a nearby farm and restaurant, something that requires less social media presence, which “to be honest, is a relief,” Lely says.

For farmers already burdened with a heavy workload, social media can feel like the last straw. “It can be a slap in the face, because farmers have so much on their plate already, just growing food, much less running a business, with payroll and insurance, and then social media on top of it — it can be a full-time job,” Holloway says.

At Flatbed Farm in Glen Ellen, owner Sofie Dolan sets a calendar alert every Friday to prompt her to post something about Saturday’s farmstand. But it doesn’t always happen. “Is it super-important to post every week? No. I don’t feel obligated,” says Dolan, who lives part time in San Francisco, where she and her husband are partners in the restaurant 25 Lusk. “But I try to do it with integrity and intention when I do it, not so much just for the sake of doing it. Because I do feel like you can definitely tell photos that are thrown out there because you feel obligated, versus photos thrown out there that are saying, ‘Let me show you what’s blooming right now’ or ‘Can anybody tell me what this is?’”

Then there are the longtime farmers who got into the business to work the land and not a desk and can get away with totally ignoring social media. When farmer Paul Wirtz and his wife, Candi, created a Facebook page for Paul’s Produce nearly a decade ago, “the typical reactions were, ‘Oh wow, I didn’t realize you guys had such big tractors’ or ‘Oh my god, look at how long the rows are.’ But I don’t know if it ever really amounted to anything,” says Wirtz, who has been farming in Sonoma Valley for more than 30 years.

As for reality versus fantasy on the farm — if perfectly polished vegetables and straw hats with turquoise cowboy boots are at one end of the spectrum, and shoveling manure is at the other, maybe chronicling more of the grit of daily life on the farm should be left to documentary filmmakers.

“That’s not something that we’ve jumped into yet, showing people what it takes and how hard it is,” Deragon says. “But does anyone really care? Do they care how hard it is or do they just want the end result?” 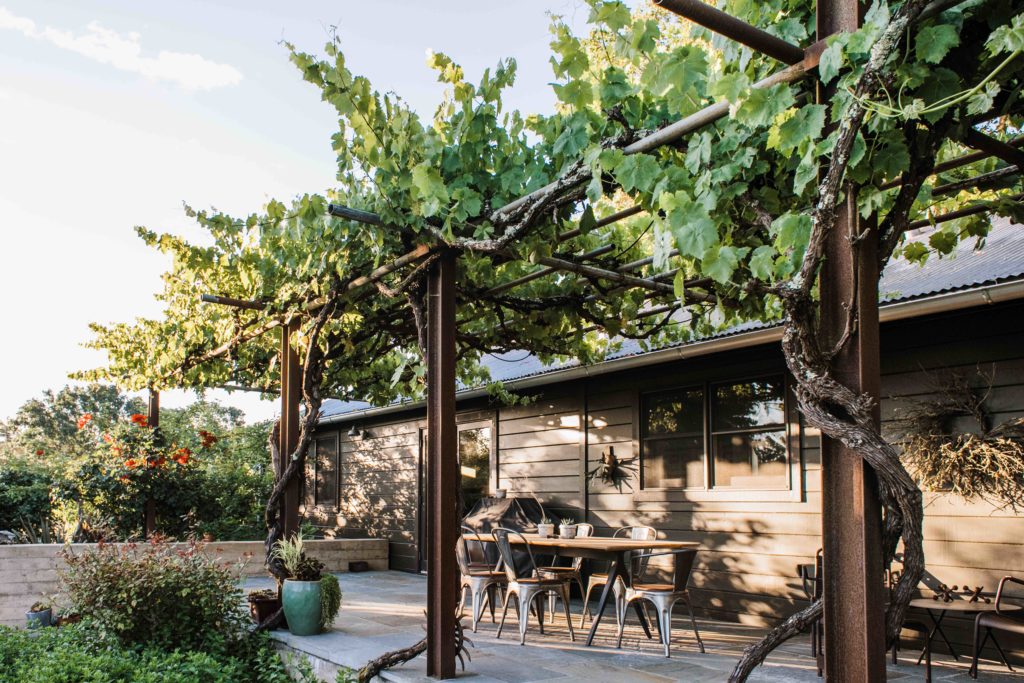 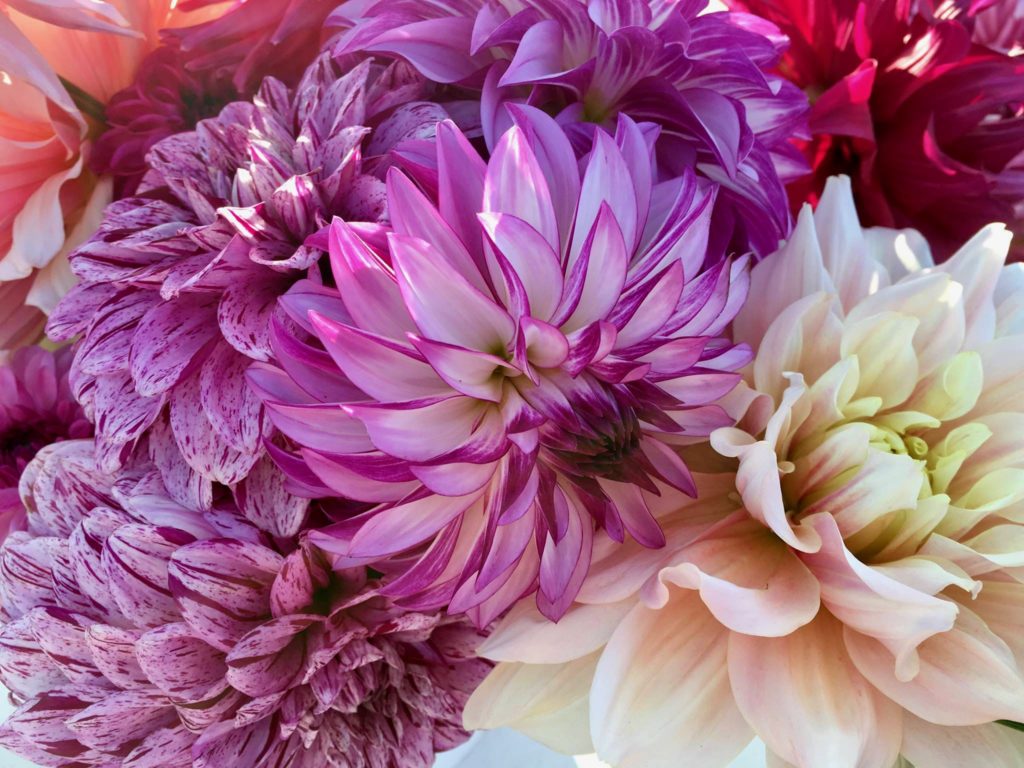 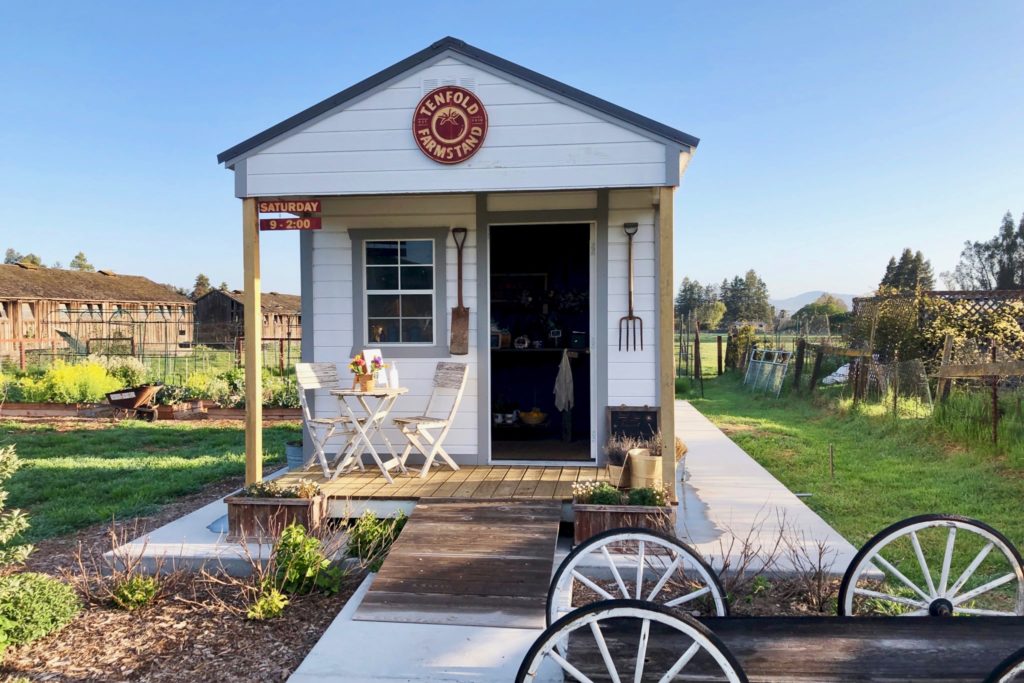 From Mexican pastries and Asian ingredients to European treats, the foods these markets carry are authentic and delicious — and...