Steve Doty of Shady Oak Barrel House is one of the most highly regarded newcomers to the local craft beer scene.  But it wouldn’t be right to call Doty a brewer. Pulling from his experience in the wine industry, he’s more of a blender, with a little bit of mad scientist thrown in.

Since December, 2013, Doty has been producing sour and farmhouse ales that are brewed elsewhere, then aged at his nondescript Santa Rosa warehouse in wine and spirits barrels.

Some of them contain exotic wild yeasts such as Brettanomyces that produce the trademark tart or acidic taste of sour beer. It’s an acquired taste that some love and others do not, residing on a much different part of the spectrum from the hop-heavy India pale ales that dominate the North Coast beer scene.

There is a reason I’m not called Shady Oak Brewing,” said Doty, 34. “It is a barrel house. His one-man operation is beginning to attract a wider audience, even though his beer — made in small 1,000-gallon batches — is available only in California at grocers and retailers such as Whole Foods and Rincon Valley Taproom and Bottle Shop.  In January, Doty was ranked as the world’s third best new brewer  and California’s best new brewer by RateBeer.com, an industry forum for craft beer enthusiasts. The honors should create a bigger buzz in the region that is already the home to some of the country’s best brewers.

But unlike some that have expanded outside the state, such as Lagunitas Brewing Co. in Petaluma and Bear Republic Brewing Co. in Cloverdale, Doty would like to stay small, especially because his process is much more complicated than traditional brewers. He takes the wort, or the unfermented extract from the mashing process at another local brewer’s, and then selects different strains of yeast to add to the mix. Doty typically tinkers with cultures from his kitchen at home, using the expertise he garnered during seven years as a laboratory assistant at Sterling Vineyards in Calistoga.

Next come the barrels that have been used to age bourbon or local pinot noirs and chardonnays. When the wild Brettanomyces yeast in wine barrels grows to a sufficient level, it can carry a pungent aroma often referred to as “barnyard” that makes wine undrinkable. When that happens, wineries get rid of their barrels, but they are perfect for creating Doty’s sour beers.

If he is feeling adventurous, Doty  throws fruit such as peaches, grapes or cherries into the mix. “What happens with the cultures afterward is unpredictable,” he said. “I can’t make a definitive decision about any beer until it’s done, and that could be months. I have one batch that has been in there 18 months.” Doty has produced six different types of beers so far. His most well-known, Funkatronic, is a Belgian style beer that features a lot of hops and a dose of Brettanomyces. One RateBeer reviewer described its taste as “funky, peppery and citrusy. Hints of green grape and melon, too … maybe a hint tropical.

Doty’s current favorite, Sonomatastic, has been called a rustic farmhouse ale fermented with Brettanomyces, with one reviewer describing its aroma as “pineapple juice, buttery spicy french oak and light clove. While most brewers aim for consistency in the taste of their beers, Doty’s wild yeasts make each batch different to some extent. At times, he may throw some away because the cultures have made them undrinkable. “You just don’t know until it’s done,” he said. “You’re not going to get the perfect beer every single time.

For now, Doty is content to be the mad scientist, producing one experimental 1,000-gallon batch at a time. His future growth plans are equally modest, perhaps doubling his production and opening a tasting room in a new location. 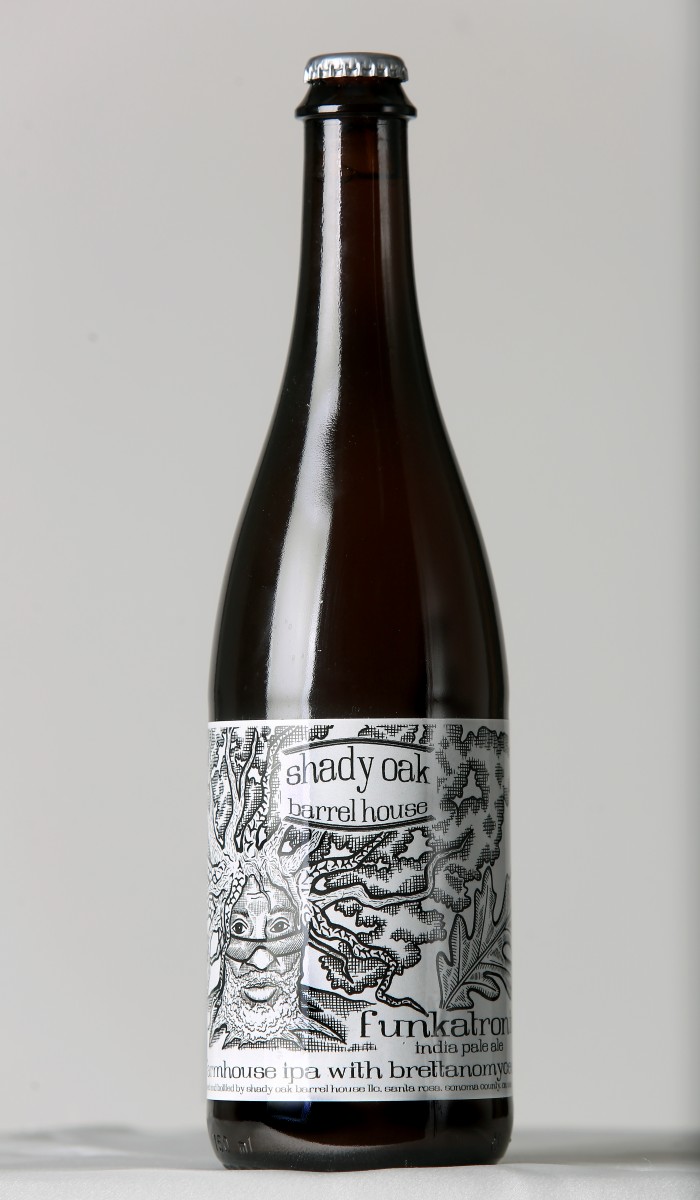