Roseland’s iconic La Fondita restaurant is expanding to downtown Santa Rosa this summer, taking over the former Mercato restaurant at 630 Third Street from Chandi Hospitality Group. Known for more than 20 years for authentic, affordable Mexican cuisine, the downtown location will be the third for owner Maria Elena Reyes.

“We’re really nervous (about moving downtown) with so many restaurants closing,” said Maria Elena’s son, Ivan Reyes, who has worked in the restaurant most of his life, and now serves as spokesman for the family.  Several downtown restaurants, including Chandi Hospitality’s Stout Brothers and Mercato along with Jade Room, Gerard’s Paella, 2 Tread Brewing and Tex Wasabi’s have closed in recent months.

Despite the trend, Sonu Chandi, president of Chandi Hospitality Group and co-owner of downtown restaurants, Beer Baron and Bollywood, says he plans to help shepherd the family to succeed in the new space.

“They have a strong commitment to their core product, and they make it affordable. They can be a driving factor for what downtown Santa Rosa needs,” he said.  Chandi Hospitality Group also owns several Mountain Mike’s franchises, including a new pizzeria on Cleveland Ave. that replaced one they lost in the 2017 Tubbs Fire. The family took over the Third St. space in 2015 from downtown developer Nino Rabbaa, reopening it first at Bibi’s Burger Bar and later as a pasta concept called Mercato. The restaurant closed in late 2018.

The Reyes family says affordable Mexican with a proven track record seems to be a good fit for the downtown demographic.

“We think that downtown deserves a half-time show of authentic, reasonably priced food. We’re known for that. You’ll be able to have a meal without breaking your wallet,” said Ivan Reyes. The new restaurant will offer family and business-friendly lunch and dinners, along with late-night dining for downtown revelers, and will offer a full bar.

Elena Maria Reyes started her food business in 1996 with an old food truck she and her husband financed by selling their cars and asking her grandmother for a few thousand dollars in start-up money.

That same truck — which became the unmistakable orange Delicias Elenitas mobile kitchen — remains permanently parked outside the 816 Sebastopol Road restaurant. Open until 3 a.m., it remains one of the most popular stops on Sebastopol Road.

Reyes was approached by Graton Rancheria in 2015 to open a casual food court eatery at the new casino, which is one of the few remaining original restaurants.

Though no official date has been set, the restaurant is aiming for a mid-June date with a possible pop-up for Cinco de Mayo. 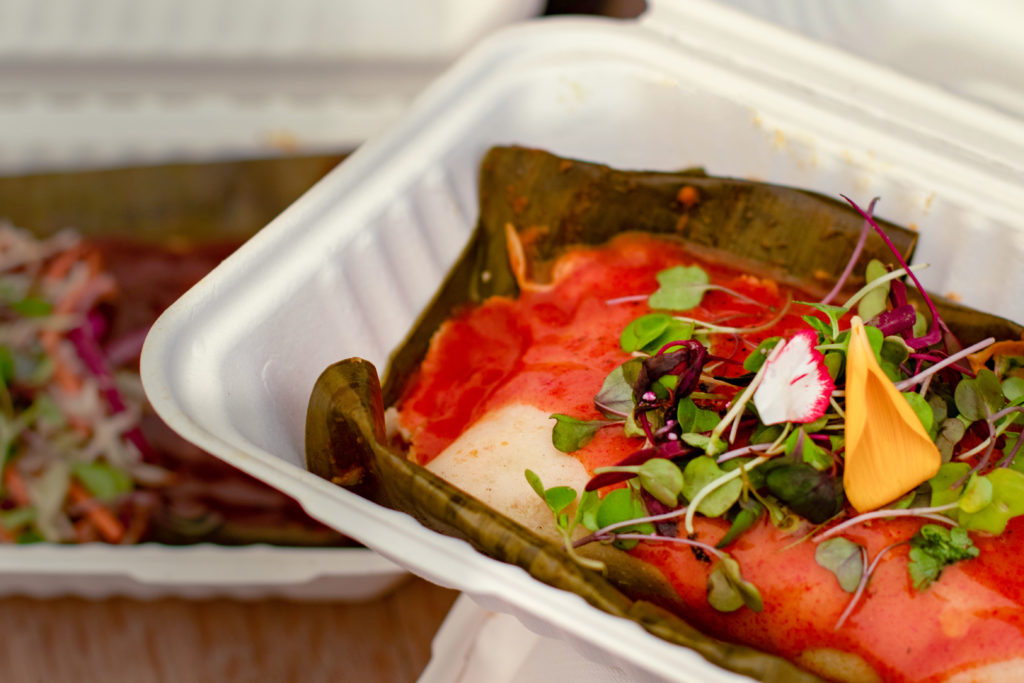 When you want to get cozy with a drink that matches your wintry mood, check out these season-inspired drinks from...