It’s been a decade since Chef Douglas Keane shuttered Cyrus, his Michelin-starred Healdsburg restaurant, after a dispute with the restaurant’s landlord.

In the ensuing years, the winner on TV show “Top Chef Masters” opened two restaurants in Napa (both since closed), founded a dog rescue organization, started an autobiography and appeared at celebrity chef events worldwide.

His steadfast focus, however, has been on opening a new Cyrus, even as false starts in 2014, 2017 and 2020 (a result of the pandemic) curbed the project’s momentum.

On Sept. 9, Cyrus again will come to life, welcoming its first 12 guests, all with reservations, bottles of Champagne, a 20-course dinner and a liquid chocolate art installation 10 years in the making.

“It’s all a journey,” said Keane as he walked through the yet-unfinished restaurant in late August.

The carefully curated evening ends with a Willy Wonka-esque trip to the Chocolate Room that features a pool of liquid chocolate and levitating bonbons. The price of admission is $295 per person (a wine pairing is an additional $250). Tickets are only sold in pairs, and reservations are filled for September.

The opening menu is still in development, but Keane disclosed a few seasonal dishes that may appear, including Gazpacho Consommé; Steamed Egg Custard with Gochujang and Gribenes; Sonoma County Duck with Kosui Pear and Hoisin; and Strawberry, Lemon Verbena, Greek Yogurt and Black Lime.

There’s no shortage of jaw-dropping features. Keane pointed out the highlights of the new space while juggling near-constant inquiries from vendors and contractors.

“Nick and I were involved in every aspect of the process,” said Keane of his longtime business partner, Nick Peyton, who serves as greeter, meeting scheduler and overall “fixer” before the opening. Peyton will reprise his role as maître d’hôtel in September.

Wine Director Cyrus Shultz and sommelier Alex Silverman sat at the chef’s table surrounded by bottles of wine and spirits as they checked emails. Chef Drew Glassell shucked corn as hunks of beef were cooked sous vide. Josh Gaulin will be the pastry chef. A series of friends and family dinners (by invitation only) will test the staff’s mettle over the next week.

The new Cyrus will have 20 staff members, about a third of the staff size of the original Cyrus. All employees will share tips and work both front and back of house, with waitstaff also preparing food and kitchen staff also serving food. Keane aims to equalize pay between the two groups as well.

“We can’t keep fighting this,” said Keane of the ongoing labor shortage and the lack of living wages for restaurant staff nationwide. “We have to do more with less. We want to pay people good money.”

Nearly 4,000 bottles of wine will be available at the opening, and plans are for the cellar to hold 10,000 bottles, Keane said. Although a curated selection of classic cocktails and spirits will be available, craft cocktails like those established by mixologist Scott Beattie at the original Cyrus will not be a focus.

Keane has a 30-year lease on the property off Highway 128, having learned a hard lesson in 2012, when wine magnate Bill Foley purchased the Les Mars Hotel, where the original Cyrus was located. The relationship between the two soured quickly, resulting in the restaurant’s closure.

In 2014, Keane hoped to reopen Cyrus at a property owned by Jackson Family Wines near Jimtown. A group of neighbors voiced concerns about zoning changes in the quiet vineyard area. The plan for Cyrus once again faltered.

In 2017, it was announced that Keane planned to reopen Cyrus in Alexander Valley by 2019. That also never came to fruition.

Peyton and Keane want to make the Cyrus experience inclusive for locals and will open the Bubble Lounge to the public in early October for small bites and drinks, without reservations. Food and drinks will be available a la carte there.

Cyrus is at 275 Highway 128, Geyserville, 707-318-0379. Reservation only. Tickets for the full Dining Journey are released in monthly blocks two months in advance at cyrusrestaurant.com. 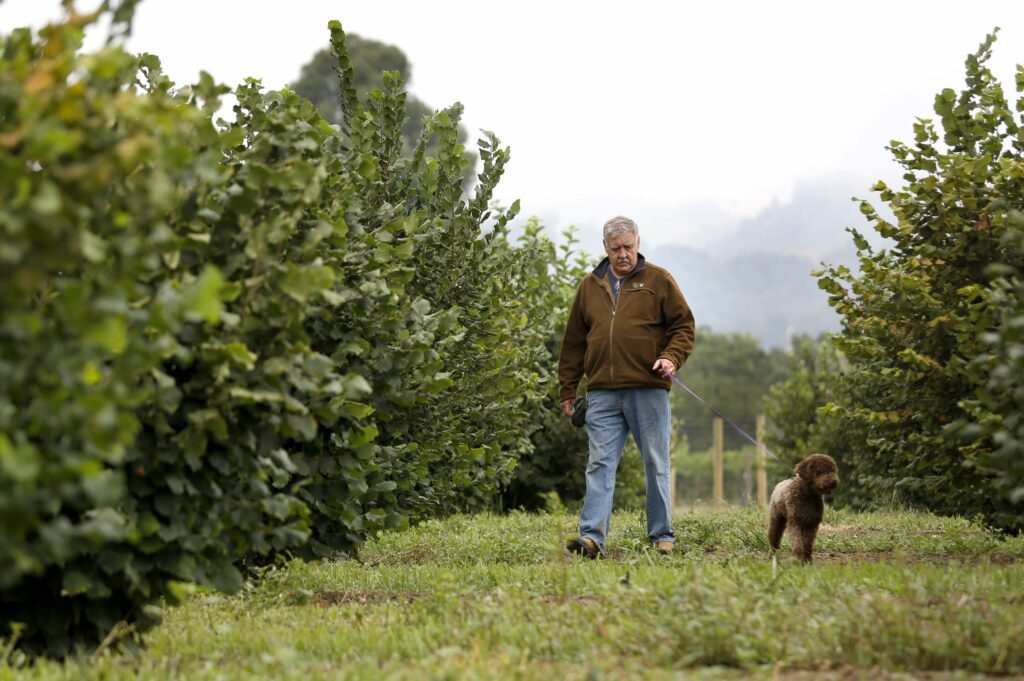 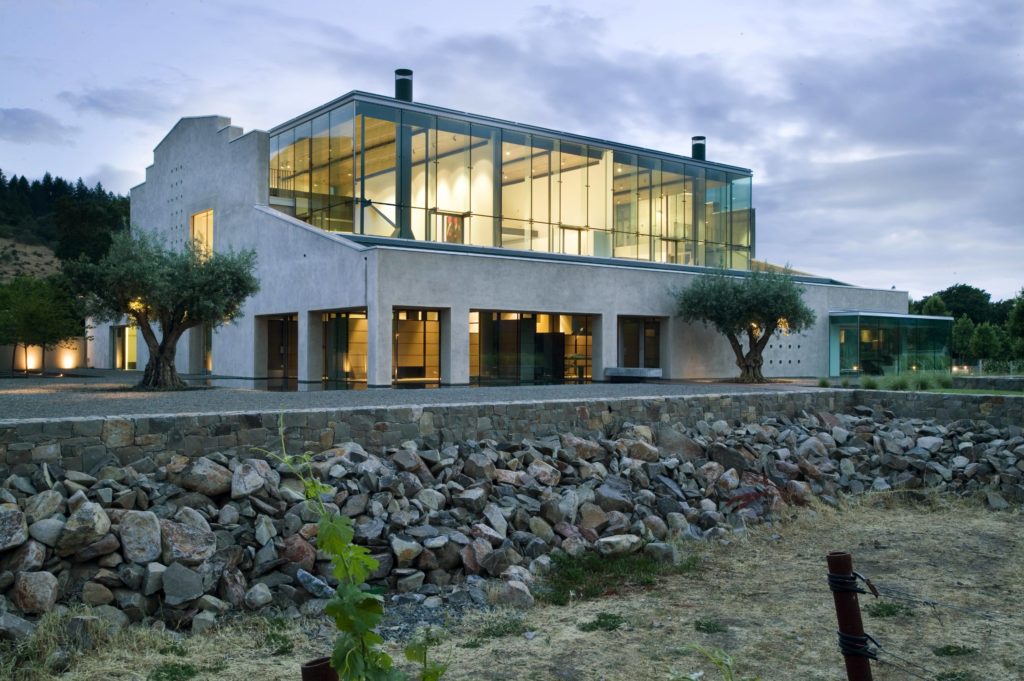 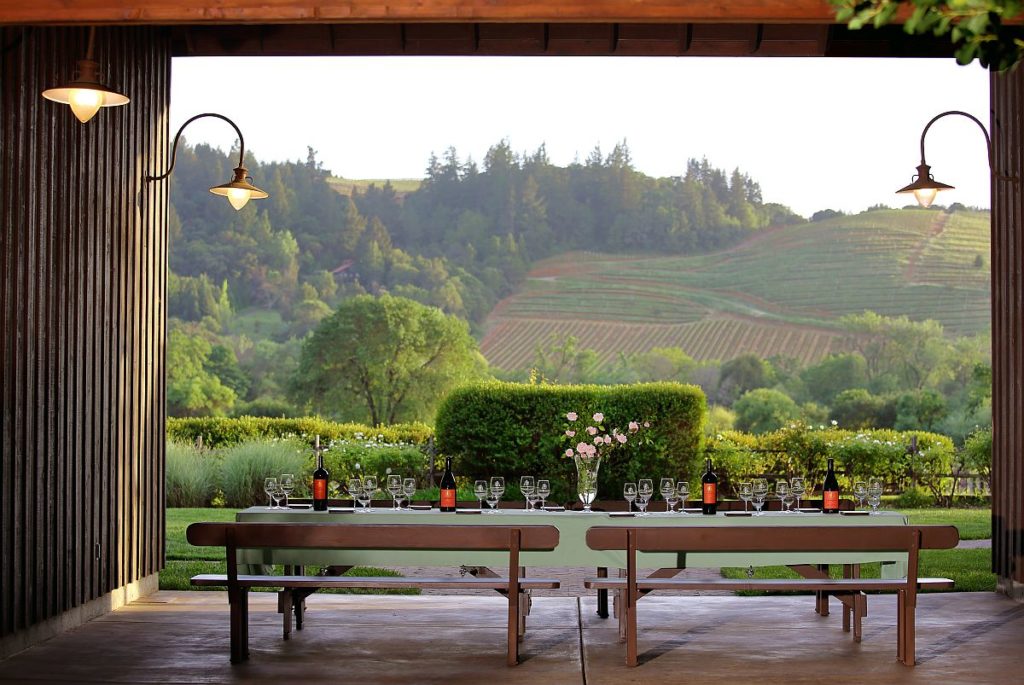 How to Spend 24 Hours in Geyserville, CA

Hot New Places for a Drink in Sonoma County

A collaborative wine tasting space in Healdsburg and a new distillery in Santa Rosa serve up excellent drinks, local bites...