Nine years is a pretty long time to wait for your first harvest, but not if you’re a truffle grower in Sonoma County.

It’s the first cultivated truffle found in Alexander Valley, according to Angerer’s father and collaborator, Fran Angerer. The family seek out the rare and valuable culinary fungus with their truffle-hunting Lagotto Romagnolo dogs, a specialized breed with a keen sense of smell and a curly-haired face so cute it’s painful.

“We’ve been waiting nine years and eight months, and we haven’t found anything. Every year we get more and more discouraged,” said Fran Angerer, who previously worked with Jackson Family Wines on their truffle properties in Sonoma County.

Sonoma County’s first cultivated black truffles (a species called Périgord truffles) were harvested in 2017 by the Jackson Family Wines team after inoculating hazelnut and oak trees in 2011. (Farmers grow truffles by inoculating the roots of saplings with truffle spores. Years later, they harvest the truffles, hopefully.)

The truffle hunting season typically runs from January to March, so an early truffle in November was a particularly exciting find for the Angerers. The fact that black truffles can command up to $95 per ounce is just as exciting.

Upon finding the esteemed fungi, Seth Angerer posted a Facebook video in which he pointed at the still-earthbound truffle with a spade. “It’s a big deal for us,” he said in the video. “We’re waiting for the whole family to show up so we can all (dig it up) together and take it in.”

“You just don’t dig it up,” Fran said by phone. “Seth called me and was shaking. I called my wife and we all hopped in the car.”

Fran’s other son, Nathan, also chimed in. “The feeling is just unbelievable after all this time. We were all crying and laughing and the dogs were going crazy,” he said.

To mark the occasion, the family took the prized truffle to Valette restaurant in Healdsburg, where Chef Dustin Valette prepared a seven-course meal with their truffle as the star of the show.

“It was awesome. We had quite a celebration,” Fran said.

Truffle growing is a long game, typically marked by frustration and disappointment. In the 1970s Henry Trione sparked truffle fever in Sonoma County when he staged the first California Truffle Congress in Santa Rosa with hopes that the oaks in Northern California could be hiding the same delicious fungi as their cousins in France and Italy. And while truffles were found, they weren’t high-quality, or even edible, quashing early enthusiasm. Trione’s passion did, however, spark an ongoing interest in truffle growing here.

That enthusiasm spawned the decade-long dream of growing truffles for the Angerers, who own Angerer Family Farm and Alexander Valley Truffle Co. They’ve have gone at it alone, investing in several hazelnut orchards that are inoculated with the Tuber melanosporum, a prized strain of truffles from Burgundy. They’re also experimenting with white Italian truffles that Fran hopes will come to fruition soon.

“It’s a huge investment to maintain with no product for nine or 10 years,” Fran said. “Every truffle grower goes through a time when you start asking yourself if you’re crazy. You start having a bad attitude going into the hunt, but then all of the sudden, there it is. That’s the truffle experience.” 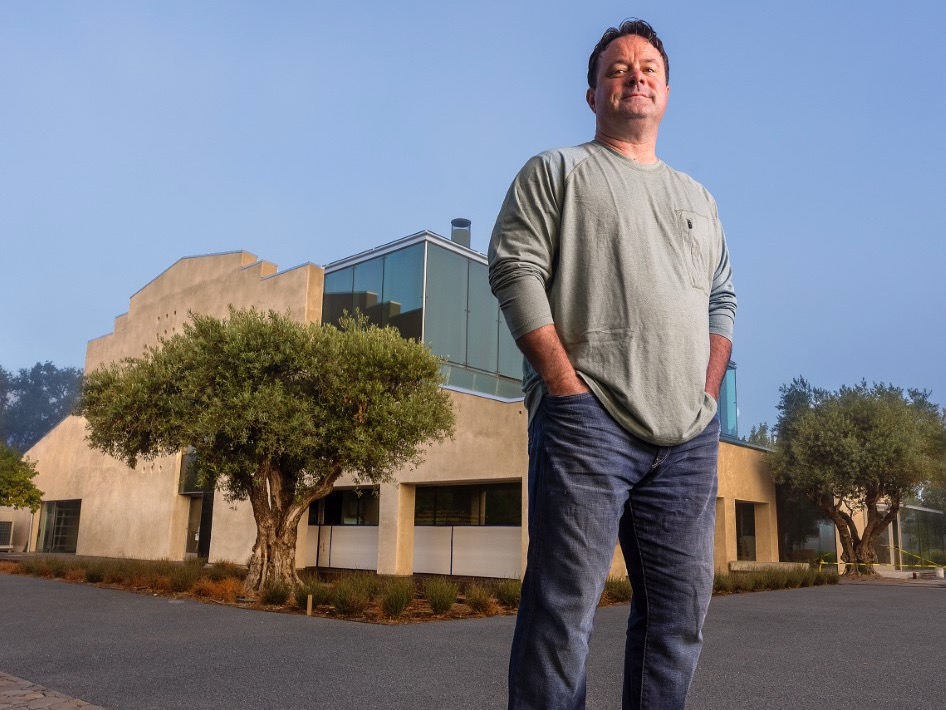