Sebastopol’s century-old Analy high school was gussied up Friday with fresh paint and landscaping for a starring role in a Netflix series, “13 Reasons Why,” based on a best-selling young adult novel about teenage bullying.

The 13-episode series — directed by Tom McCarthy, fresh off his best picture Academy Award for “Spotlight,” co-produced by Disney star Selena Gomez and backed by Paramount Television — has plenty of Hollywood power behind it.

But Analy, No. 1,900 and a silver medal winner in U.S. News & World Report’s 2016 Best High Schools rankings, will be discernible only to those who know it well.

The signs over Analy’s front door and library door now read “Liberty High School,” and the 14-page contract between Paramount and the West Sonoma County High School District stipulates the television company shall not use the school name “in any manner whatsoever in connection with its use or exhibition of the photographic product.”

Paramount is paying the district $60,000 for up to 30 days of filming at Analy through Nov. 23, with an allowance for additional days for a fee of $2,500 a day. Once classes resume, the company is assured of access to the campus only from 4 p.m. to 5 a.m. on weekdays and all day on Sundays.

On Friday, a large klieg light illuminated the school’s front door, but all the filming was going on inside the building, closed to the public. Robert Scott, a production manager, told a reporter and photographer it was a “closed set.”

Two yellow school buses, with no school identification on them, were parked in front of Analy/Liberty High, along with a dark brown coffee truck summoned from San Francisco to serve the crew. 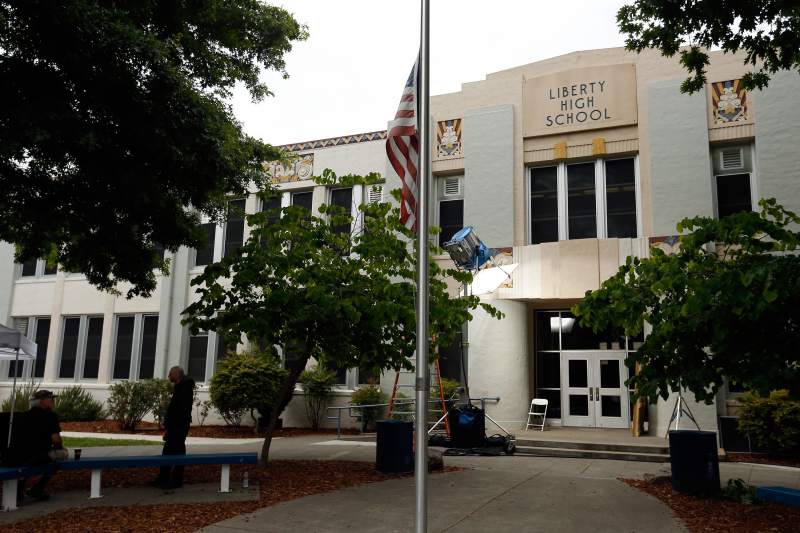 The filmmakers painted the vertical columns on the school’s facade light green, placed fresh brown bark mulch over some landscaping and planted 10 bushes in front of the 108-year-old school, with more plantings in the interior quad.

“We can’t afford landscaping,” Bruneman said, noting that Analy Tiger boosters had wanted to make those improvements for years. Proceeds from the filming will go to improvements at the Analy campus, the district said.

The first round of filming wrapped up Friday, but the Liberty High signs will remain in place at least through July, when the crew is expected to return.

“It’s great that they selected a small community and we get to be involved,” Bruneman said.

Sonoma County has a storied history of cinematography dating as far back as 1914, including scenes at both Santa Rosa and Rohnert Park’s Rancho Cotate high schools. In 1996, the Santa Rosa school board refused to let director Wes Craven film part of “Scream” at the high school, but he used alternate locations in town and scored a hit with the gory teen slasher flick.

“13 Reasons Why” is based on an adaptation — by Pulitzer Prize-winning lyricist Brian Yorkey — of the New York Times bestselling novel by Jay Asher, published in 2007 and printed in 35 languages, according to Variety. The story revolves around a shoebox of cassette tapes from a girl named Hannah Baker who explains to 13 people how they each played a role in driving her to suicide. 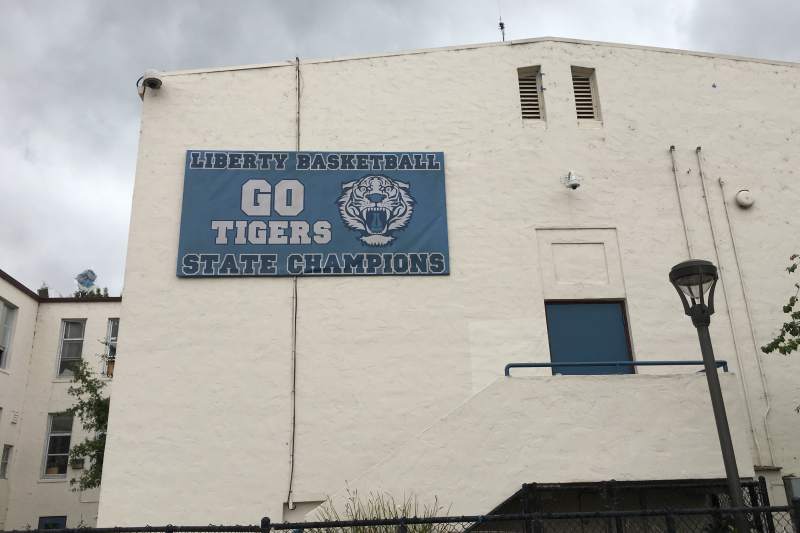 In a January interview with TeenVogue, Selena Gomez, a 23-year-old singer and actress, said her mother, Mandy Teefey, was struck by Asher’s book.

“Four or five years ago, she found this book and fell in love with it,” Gomez said. “I think I was still in high school. Now we’re here. We took our time with it.”

Analy’s previous appearance on the silver screen in the 1999 comedy-drama “Mumford,” featuring Ted Danson and Jason Lee and costing $28 million, got lukewarm critical reviews and was a financial flop, earning only $4.6 million in the United States.

Chic and Cheap: Unique Thrift Store Finds for Your Wardrobe and Home