As thousands of California restaurant workers were laid off this week due to mandates shuttering in-person dining for the remainder of the year, celebrity chef Guy Fieri is being lauded as a hero of the industry for his $21.5 million Restaurant Employee Relief Fund.

To date, the fund has helped more than 43,000 workers by offering one-time payments of $500, according to its website. Though the fund is now closed to new applicants, some say that Fieri has done more for unemployed restaurant workers during the pandemic than the United States Congress.

According to a survey by the National Restaurant Association, released in September, one in six restaurants — or a total of 100,000 establishments nationwide — had closed “either permanently or long-term” six months into the pandemic, leaving nearly 3 million employees out of work. Relief in the form of a $120 billion piece of legislation called the RESTAURANTS Act (Real Economic Support That Acknowledges Unique Restaurant Assistance Needed To Survive) is currently stalled out in Congress. It would help small restaurants stay afloat by giving them funds for payroll, leases and other urgent needs.

Sonoma County’s health officer issued a new stay-home order on Thursday to counter the rapid rise in COVID-19 cases in the county. The new order will take effect at 12:01 a.m. Saturday, Dec. 12, and is set to expire Jan. 9. It will end in-person dining at local restaurants, including outdoor dining.

As local restaurants once again face the difficult question of whether to stay open for takeout and delivery only — which few can survive on — or closing altogether, hope is slowly slipping away that help is coming in any meaningful way.

Let’s hope Guy starts another fundraiser soon, and that much-needed economic relief arrives to local restaurants, or we’ll likely see many closures in the next few months. 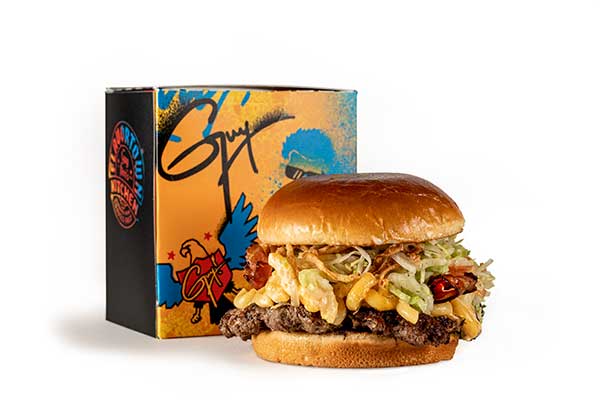 One thought on “Guy Fieri Raises $21.5M for Restaurant Workers, Praised for Doing ‘More Than Congress’”

After years of rumors that San Rafael’s iconic Puerto Rican restaurant might expand to Petaluma, those rumors seem to finally...