Having been to Hudson Valley Foie Gras a number of times, we believe that those ducks are much better-taken care of than industrially-raised chickens.”

Today, a federal appeals court upheld a ban on selling the fatty duck and geese livers revered by many high-end chefs and diners. Foie gras had been banned in the state in 2004, with animal activists protesting that the force-feeding of the animals was inhumane. In 2015, however, a district judge overturned the ruling as unconstitutional.

That means that the state can now enforce legal actions against restaurants and purveyors who serve foie gras, though exactly how that would be done is unclear.

During the first ban, chefs including Napa’s Ken Frank and Top Chef Masters winner (and Sonoma County chef) Doug Keane were indignant about the ruling. Frank even hosted a foie gras dinner with several courses of the expensive liver served complimentary as a political protest—and a way to circumvent the law against its sale. A family-run foie gras company in Sonoma left the state after the rulings.

So is foie gras coming off menus anytime soon? That depends.

“It depends on how long it takes for the appeals court to do the final approval,” said Dustin Valette of Valette restaurant in Healdsburg.

“Here at Valette restaurant we fully support 100 percent the well-being and stewardship of animals. Having been to Hudson Valley Foie Gras a number of times (a foie gras producer in New York state that provides much of the foie gras at restaurants), we believe that those ducks are much better-taken care of than industrially-raised chickens,” he said. “It’s because of this Valette does not serve chicken.”

Opponents of foie gras say that “gavage”, a technique of inserting a tube into the esophagus of ducks and geese to force feed–and thereby enlarge the liver by up to ten times–is an inhumane practice. Countries including India, Germany, the UK and others have put the brakes on the sale of foie gras, citing its cruelty. Proponents say that the animals have no gag reflex and the practice mimics the animals’ natural cycle of gorging in the late fall.

PETA posted on Twitter today, “You’re paying for THEIR misery when you order #FoieGras”, with a picture of a duck being force-fed.

The original ruling in 2004 gave chefs seven years to take force-fed poultry off their menus, going into effect in 2012. In 2015, a lawsuit by two major foie gras producers and several restaurants overturned the ruling, saying that states shouldn’t have a say in federally-approved poultry products. Over the last two years, foie gras has returned to luxury menus, though it seems to have lost some of its original luster–often replaced by poultry pates that use the left-over offal as a way to utilize the whole animal. 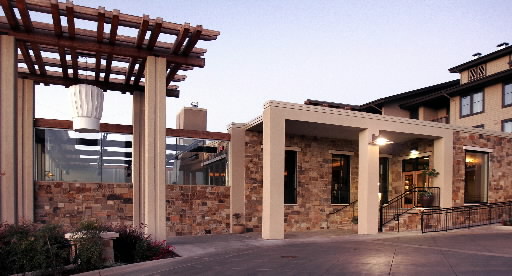 Looking for something fun to do in Sonoma County? Here are some top picks for September and October.