After 30 years at their iconic Kenwood roadhouse, the owners of Cafe Citti have officially closed their restaurant, but their roast chicken, lasagna and tuna egg sandwiches will live on at a new location in Santa Rosa later this fall.

“We knew this day was coming,” said Linda Citti, who announced the decision on social media Tuesday. Chef-owners Luca and Linda Citti cited a combination of reasons for the move including the need for extensive renovations to the building they leased for more than 30 years, coronavirus restrictions, power outages and the recent Glass fire that burned through parts of Kenwood.

The Cittis plan to open a takeout-only business on Fourth Street in east Santa Rosa in late November in the quirky, 900-square-foot former Whole Pie location next to Hank’s Creekside Restaurant.

“We wanted something that had the charm and funkiness of what we’ve always been. We’re not a strip mall kind of place and we’re not a fancy place. We both immediately got a good vibe (about the space),” Linda Citti said.

The family-friendly roadhouse is a longtime favorite of locals from Kenwood and Oakmont, winemakers, ranchers and Sonoma Valley tourists with its approachable Italian and American classics.

In 2010, the restaurant was featured on Guy Fieri’s “Diners, Drive-Ins and Dives” with Fieri saying, “If you have never visited the Sonoma Valley, then this is the place to dine at.”

Since March, Cafe Citti has only offered takeout to their loyal following, with a slightly reduced menu. Like many restaurants, it was forced to cut staff from 25 employees to just six. With pandemic restrictions continuing, the usual brisk spring and summer business the couple expected to sustain them through a planned construction closure this winter didn’t pan out.

“Before the pandemic we were in talks about continuing at our location and riding out the seven to 10 months of construction. We were looking forward to having a new beautiful space and working there for another however many years. Then the pandemic hit, and this time that we were supposed to be socking away money and preparing for the shutdown,” Citti said.

The recent fires were the last straw, forcing the cafe to close once again for several days as the Glass fire raged nearby. A significant amount of food spoiled at the restaurant as power remained out in the area.

“We’ve been evacuated every time, impacted by power outages every time. It’s just always something and the way that the whole restaurant world will change post-pandemic, we just can’t go back,” Citti said.

The couple briefly contemplated leaving the restaurant business and moving back to Italy after a harrowing evacuation from their Skyhawk home at the start of the Glass fire.
“We thought, maybe we’re just done and we need to find something else, but everything we went back to involved food. This is what we love, what we are, and what we have been for 30 years,” she said.

Still weighing their options and without a signed lease on the new location, news of the restaurant’s potential fate leaked out on a neighborhood social media platform early this week, Citti said, forcing her hand to announce the news that the restaurant would remain closed permanently.

“We’ve been in our world of agony trying to figure out what we were going to do next, and we weren’t quite ready (for the announcement), but someone outed us on Nextdoor and the floodgates were open,” said Linda.

The response was a flood of emails, phone calls and messages from well-wishers.

“The incredible response gave me the strength to get through these last few days,” said Linda. “I read all these comments (on our social media) and I’m just in tears. It’s so affirming. You think, wow, working our asses off 14 hours a day, seven days a week made a difference for somebody. When you sit back and have this opportunity to see what Cafe Citti has meant to so many people, this is as good as it gets.

“People have been generous and supportive through this. The only reason we’re still here is all the support we’ve had. We’re sad we didn’t get to say goodbye to everyone in person,” she said.

As the new Cafe Citti takes shape over the next few months, Linda Citti hopes her regulars will understand that they’re mourning the loss of their old restaurant but excited to move forward.

“Just be patient with us,” she said, “we’re starting all over again and we’re not as young as we used to be.” 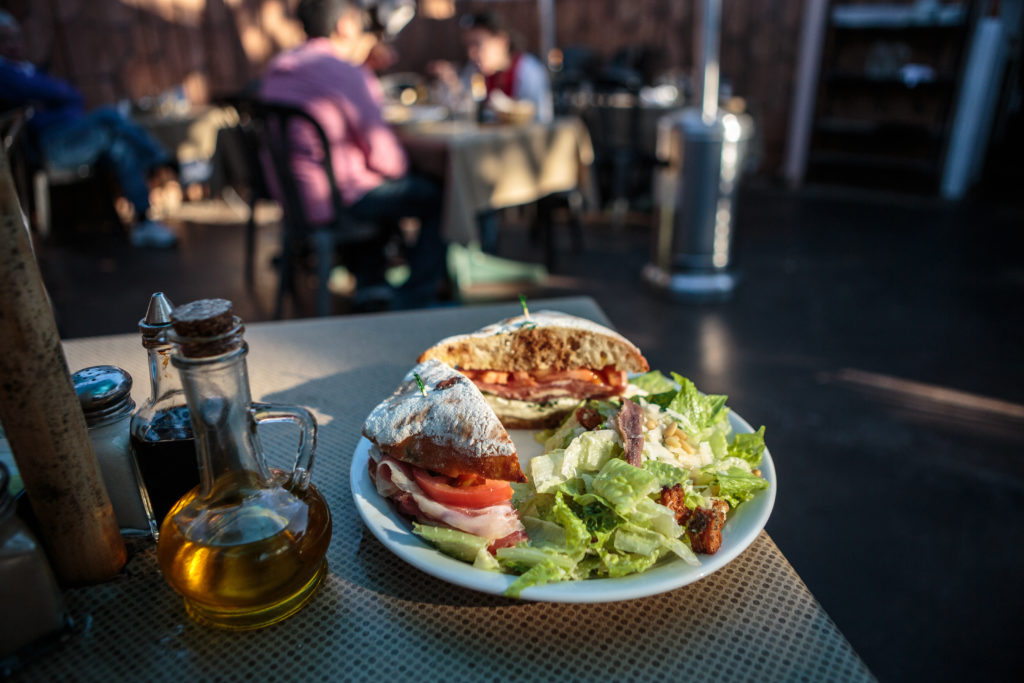