Cab is king in Alexander Valley. The area encompasses 32,500 acres, 14,500 of them in grapevines, and boasts more than 40 wineries. Here are seven tasting rooms pouring excellent cabernet sauvignons and blends, all of them a 10-mile drive (or less) from downtown Healdsburg. They’re clustered close enough together that it’s possible to visit several in one day. Just make sure there is a designated driver.

Click through the above gallery for a peek at each winery.

Harry and Maggie Wetzel purchased the historic Cyrus Alexander homestead in 1963, planted grapevines and raised their children there. Three generations of Wetzels now farm the vines, with the young fourth generation in the wings.

Their first cabernet sauvignon was bottled in 1968. Visiting here is a throwback to a time when tasting rooms were small and intimate. No fees are charged for the standard Estate Tasting for groups of six or less. Cave tours and barrel tastings are offered, too (call ahead). Reserved seated tastings, vineyard tours and wine and cheese pairings are reasonably priced.

A wide range of wines are produced here, yet when it comes to cabernet sauvignon, the ones to try are the Organically Grown Estate ($34, a price that can’t be beat for such high quality) and the “regular” Alexander Valley bottling ($27). Cyrus ($75), a blend of cabernet sauvignon, cabernet franc, merlot, malbec and petit verdot, is the flagship wine, in its 22d vintage.

Considering the long history of grape growing and winemaking in Alexander Valley, Hawkes is relatively new to the tasting room game. Stephen Hawkes began growing cabernet sauvignon in Alexander Valley in 1972, selling the fruit to Sebastiani Vineyards, Silver Oak Cellars and Verité. He and his son, Jake, began making their own wines in 2002 from the family’s three vineyards.

The best place to taste and acquire them is at the Alexander Valley tasting room in Jimtown (there is also a tasting site in Sonoma, 383 First St. West, 707-938-7620). This is a winery with a sense of humor; elegant, unobtrusively oaked cabernet sauvignons ($70-$95) and a laid-back vibe that connects with visitors. Try the seated tasting with seasonal bites, or upgrade to a vineyard tour.

High-end experiences have long been the signature of this Healdsburg winery, established by Tom Jordan in 1976. Jordan produces just two wines — chardonnay from Russian River Valley ($40) and cabernet sauvignon from Alexander Valley ($60, an excellent deal for such an elegant, ageworthy wine).

The wines and the multifaceted estate are shown off in myriad ways to visitors (by appointment only). They include estate tours with views, culinary gardens, olive trees, bee hives and farm animals; wine and food pairings from estate chef Todd Knoll; vineyard hikes and ever-changing events timed to the season.

In 1935, Robert Young — at 16 — inherited his family’s ranch upon the death of his father, Silas, and eventually began replacing prune-plum trees with wine grapes. In 1963, Robert cultivated cabernet sauvignon and followed that with chardonnay a few years later. Robert Young’s son, Fred, and his siblings founded Robert Young Estate Winery in 1997.

Although the vast majority of the family’s grapes are sold, the prime fruit is used in the family’s wines. The chardonnays have a great track record for aging nicely, though the cabernet sauvignons are the heart and soul of the winery. The Estate Cab ($62) is sleek in its supple tannins, yet nicely structured. Bob’s Burn Pile Estate Cabernet Sauvignon ($100), from a location on the vineyard where Robert Young once burned vineyard debris, and the flagship Scion Cabernet Sauvignon ($72) are beautifully balanced as well. Multiple tasting experiences are offered, indoors and on the patio, with charcuterie and cheese. The Scion House visitor center offers 360-degree views of Alexander Valley.

Many know Silver Oak Cellars for its Napa Valley cabernet sauvignon, often a high ranker on lists of most popular wines ordered in restaurants. Usually playing second fiddle was Silver Oak’s Alexander Valley cab sauv, even though the brand’s first bottling was a cabernet from Alexander Valley, released in 1977. Both versions are aged in American oak barrels rather than French cooperage to give the wines lush, soft texture and a hint of vanillin sweetness. Fans are legion (detractors, too).

The Alexander Valley and Napa Valley cabs are available for tasting — try them side by side — and a library wine is also offered. Walk-ins are welcome; reservations are required for private tastings, pairings and tours.

Ken and Diane Wilson’s winery made international news when it was destroyed in the 2019 Kincade fire. Images of the devastation went viral, with only local artist Brian Tedrick’s giant metal sculpture of a boar named Lord Snort and an original stone wall dating to 1869 unscathed. Within three days of the reopening of Highway 128 south of Jimtown, Soda Rock reopened for tastings, in a tin-roofed special-events barn adjacent to the destroyed structures.

Soda Rock continues to hold tastings in the special-events barn and pours several wines; there are plenty of boldly flavored cabernet sauvignons and other Bordeaux-style reds on the menu. They include The Five-Star General ($58), Twisted Rail ($52) and Spur Hill ($45) Alexander Valley cabernet sauvignons. Private tastings and wine and cheese pairings are available.

Jackson Family Wines’s 5,500-acre Alexander Mountain Estate, which hovers over the tasting room from the north, is planted to Bordeaux red varieties and chardonnay. Old-timers know the estate as the Gauer Ranch, which Jess Stonestreet Jackson purchased in 1995. The wines from the rugged mountain blocks are firmly structured, with a hint of rocky minerality, known to age beautifully for a decade or more.

Several experiences are available, among them seated tastings of single-vineyard wines, library-wine explorations, picnics on the patio and, weather permitting, the Stonestreet Mountain Excursion, a tour of the vineyards with tasting and lunch.

The views are dramatic, as are the cabernet sauvignons; the Cougar Ridge ($75) and Bear Point ($100) bottlings are standouts, and the Estate Cabernet Sauvignon ($100) is outstanding. 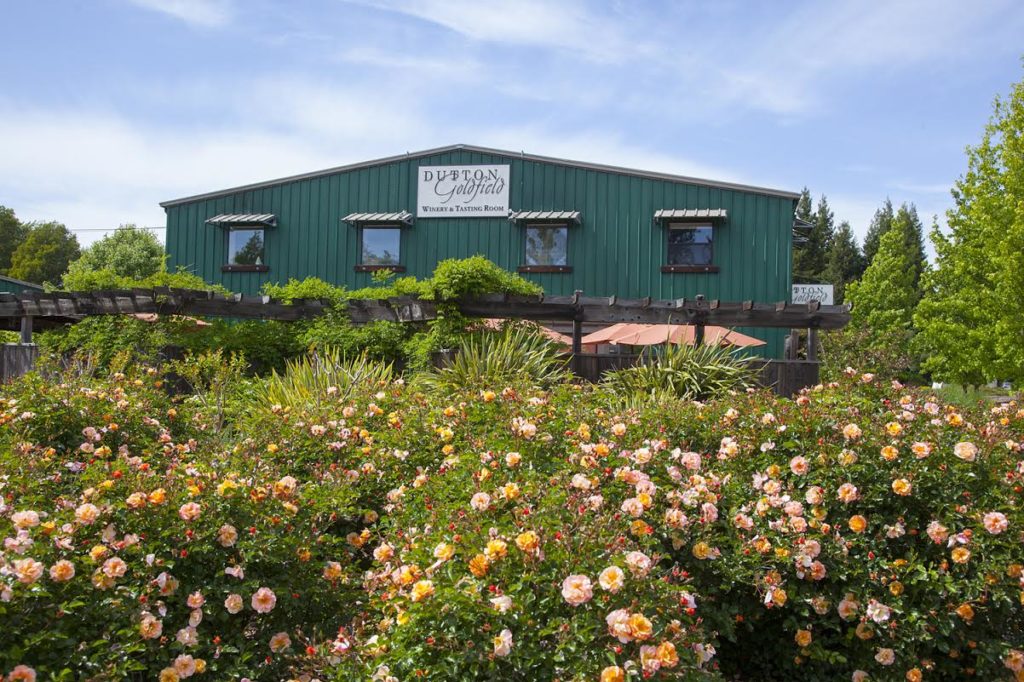 Local restaurants and wineries are serving up a taste of Scandinavia this holiday season.