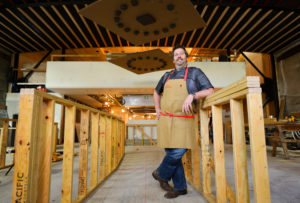 Our Favorite Winery Gardens in Sonoma 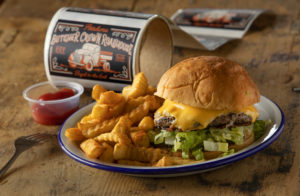 The 50 Best Things to Eat in Sonoma County 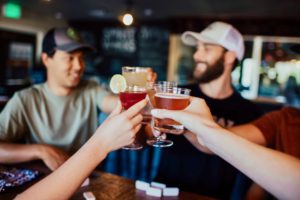 A Petaluma chicken is on the run. We’re not talking the feathery poultry kind of chick but a big hoppy one, and now is your chance to catch it. Today marks the fifth annual release of HenHouse Brewing Co.’s limited edition Big Chicken double IPA and, as we speak, Bay Area beer lovers are getting ready to seek out this rare bird.

Only available to taste two days per year, Big Chicken is a big deal in the beer world. It is made with Citra, Amarillo, and Mosaic hops, and each barrel contains 11 pounds of hops (most IPAs contain only three pounds). The high hop content makes the beer intense, but also fragile and it perishes fast. Because of this reason, HenHouse kegs and delivers Big Chicken on the very same day, and ask that bars and brewpubs taps it on that day in order to ensure peak freshness. The beer usually runs out within two days (and with SFBeer Week in full swing, the beer is likely to go even faster), which leaves only a small window between now and Sunday to get a taste.

“Big Chicken is the extreme of our focus on freshness,” said HenHouse Brewing Co. president Scott Goyne,”Beer is a far more perishable product than most folks realize, in particular hop flavor and aroma degrade fast, so it’s important to drink hoppy beer in it’s short window of freshness.”

In Sonoma County, Big Chicken will be available at HenHouse’s taproom and at the following locations:

Big Chicken will also be available at these Bay Area locations:

Pig in a Pickle (Corte Madera)

Today is international Syrah Day - celebrate it with these fantastic Sonoma wines.