Trishia Davis has always turned to baking when life got tough. Pies, she said, make bad days better for everyone.

After the 2017 opening of The Whole Pie, a cheery Santa Rosa bakery with a focus on pies, she found salvation in butter, cream, chocolate and whipped cream as fires, power outages and evacuations repeatedly disrupted her business. The pandemic, however, pushed her bakeshop far beyond anything a sweet treat could overcome. On Saturday she’ll officially turn in her rolling pin and permanently close her 3-year-old bakery.

“Since the beginning, we’ve faced one disaster after another and you’ve faced them with us, holding our hands, and eating our pies. Now it’s time to choose a new dream,” Davis said Monday on social media, inviting longtime customers to liquidate her remaining inventory on Friday and Saturday. She joins Bistro 29 and Whisper Sisters in Petaluma, who have also closed their doors in recent weeks.

It was a decision she pondered for several weeks after suspending operations when shelter-in-place orders were announced. As the weeks rolled on, Davis and co-owner Julia Freis came to the decision that it made more sense not to reopen.

“We asked ourselves if we wanted to slowly bleed to death until fire season closes us or go out while we still feel a little alive,” said Davis. After years of struggling after each successive disaster, working long days and nights, and taking little compensation, she said in some ways the closure is a relief.

Since the beginning, keeping the small shop going had been an ongoing struggle despite plenty of positive feedback and seasonal surges around holidays.

“We have a great reputation. People love our pies, but we have to get them to show up regularly. When I ask people to come buy pies they do, and that has kept us going … but we’ve been treading water trying to find the right formula,” she said.

Davis isn’t putting all the blame on the pandemic for the closure. An outspoken advocate for the difficult plight of small businesses like hers, Davis said it’s time for a food revolution, rather than simply paying lip service to issues like fair wages and supporting local businesses. Low wages, few benefits and tiny profit margins in the restaurant business — paired with consumers clamoring for high-quality food at bargain-basement prices — have created an almost impossible trajectory for success.

“We, as a community, talk an awful lot about supporting and shopping local and being community and how that means everything, and then we don’t do it. We buy things without looking at where they come from. We’re lining up at Costco for our three-pack minimum of meat while the 4-H kids are raising meat locally and need to sell it to go to college,” Davis said.

“We’ve become a society that believes we can have everything we want at the exact moment we want it, to our doorstep with every modification we want at 5 cents cheaper than it was yesterday,” she said.

At its peak, Whole Pie employed 11 people. Davis laid off seven workers, in addition to herself and her business partner.

On Friday, the shop will begin its final sale, offering up the remainder of its take-and-bake pies, cookies, “piecicles” and pantry items like organic flour, sugar, tapioca and other baking ingredients. The sale will take place from 10 a.m. to 4 p.m. on Friday and Saturday or until the inventory is exhausted. Customers can stop by the bakery, located at 2792 Fourth St. in Santa Rosa, as long as they are wearing masks and comply with social distancing.

Davis said she doesn’t have any immediate plans after closing the shop, but is looking forward to a day or two off. She’s unsure that the restaurant industry, however, holds much security for her future.

“Maybe I’m gonna flip hamburgers, I just really don’t know right now,” she said. “Every one of us who open a restaurant door know that it will close at some point. “I just hoped it wouldn’t be this painful.” 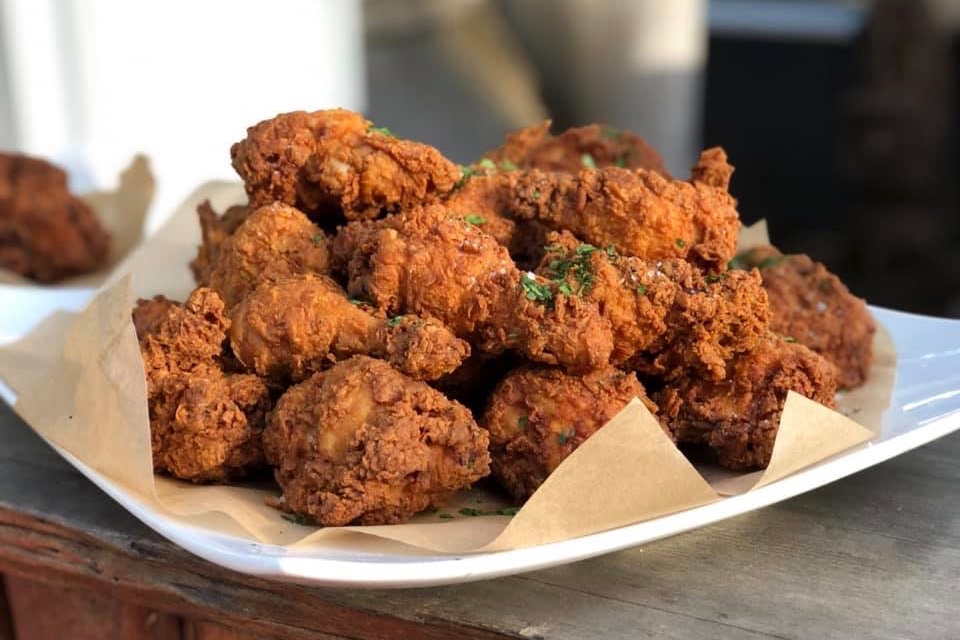 All Stark’s Restaurants to Reopen Friday

Most of your faves are back, takeout style, from all your favorite Stark's restaurants.