A red-shouldered hawk surveys the greening slopes of Taylor Mountain from its perch, then lifts and wheels southward in search of lunch. It’s another wintertime visitor to the Santa Rosa open-space preserve, just minutes from downtown.

The hawk has plenty of bird company at the 1,100-acre preserve, which opened in February 2013. Year-round residents include quail, acorn woodpeckers, black Phoebes, turkeys and the ever-present vultures and crows. In winter and spring, flocks of bluebirds dot the open hillsides, along with the more solitary Western meadowlarks. 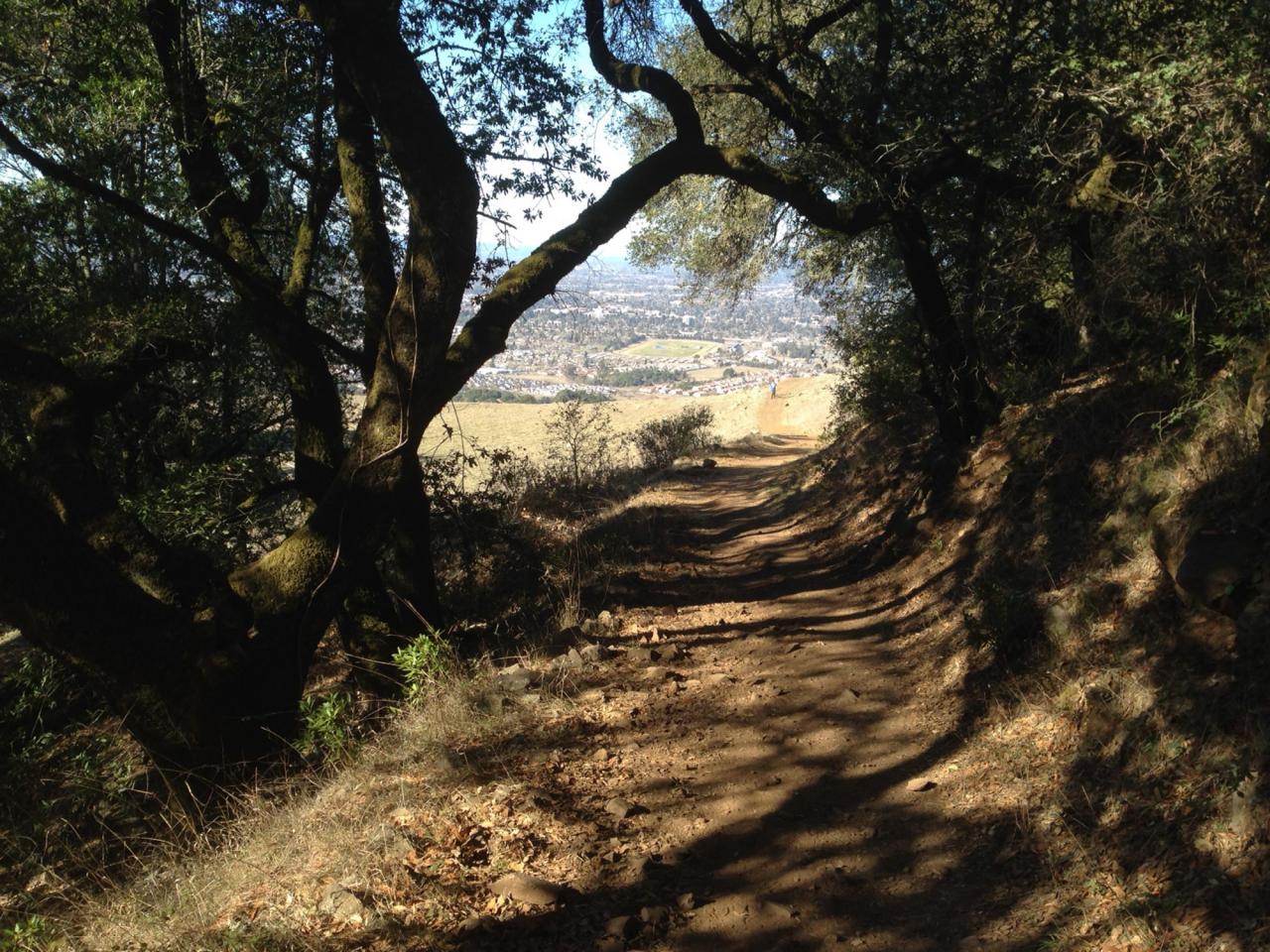 The shortest and perhaps most popular route to the top of Taylor Mountain is the Eastern Route, a sometimes steep 3.2-mile old farm road. The single-track Sky Lupine Trail is an easier grade, lazily crisscrossing the Eastern Route as the two make their way up the 1,000-foot hill. It is less slippery in the winter and less exhausting in summer.

It also offers a chance to see more of Taylor Mountain’s glory: wildflowers. Practically each week through late winter and spring, another flower species seems to make an appearance: lupine, tidy tips, woodland stars, poppies and the hypnotic gold curlicues of fiddleneck. Sharp eyes on the way up may even spot wild strawberries.

A glance back from halfway up Taylor Mountain offers terrific views of the Santa Rosa Plain and Mount St. Helena to the north. From the summit, one sees Bennett Valley and Annadel State Park to the east, downtown Santa Rosa to the north, Cooks Peak, Sonoma Mountain and Mount Tamalpais to the south and the hills beyond Sebastopol to the west.

When the heat of summer comes, the mostly unshaded hike to the top will demand more sweat and sunscreen, but the Todd Creek Trail southwest of the Kawana Terrace parking lot is a shadier alternative on a hot day.

Cows still graze on Taylor Mountain, and making them aware of your close approach is always a good idea. Poison oak is limited to the heavy undergrowth and a few rocky outcroppings.

There are two entrances, one on Kawana Terrace, the other on Petaluma Hill Road. Parking is $7, though limited free parking is available along Kawana Terrace just outside the park. Dogs on leashes are allowed. 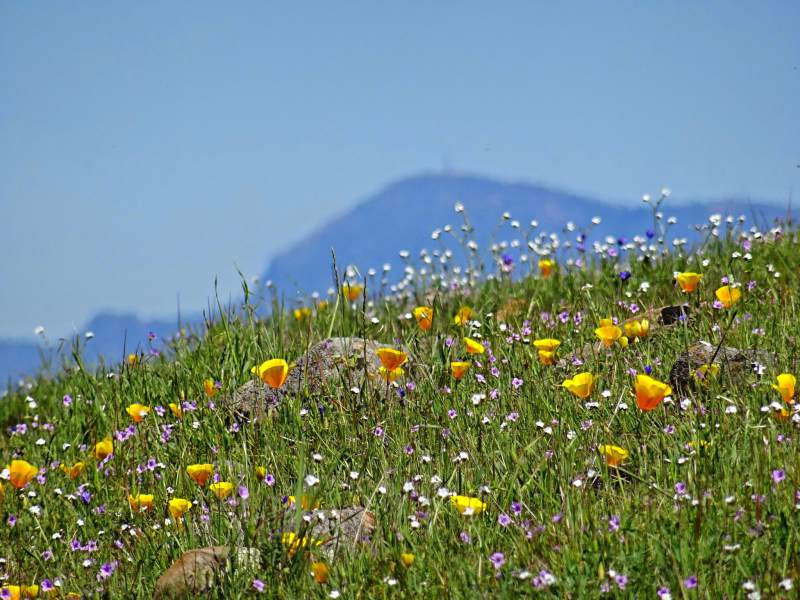 Time: 30 minutes to an hour to the top

Exposure: mostly open hillside with a few shady groves of oak and laurel

The hike: From the Kawana Terrace parking lot, head to the left of the water tanks onto the Eastern Route Trail, an old farm road. Following the road without diverting onto smaller trails will take hikers directly to the summit. The small oak-topped hill to the left at the hike’s beginning offers a nice picnic spot with a view for those short on time.

At 0.3 miles, the start of the hike’s two steep sections, those looking for an easier way to the top can take a right onto the single-track Sky Lupine trail, which crisscrosses the main trail. The Sky Lupine Trail ends where it rejoins the Eastern Route at the top of its two steepest sections, at about 1,000 foot elevation.

From here, the trail heads south along the mountain’s flank for a third of a mile in mixed oak and laurel shade before hitting a pair of switchbacks. Past the switchbacks, the trail heads south again for a quarter mile before sweeping east and up a rocky notch that delivers hikers onto the open summit area beyond an old freestone wall. In wet weather, the Sky Lupine Trail provides a less slippery descent past the main trail’s two steep areas.