Last summer, my daughter had a single request for her first dinner back at home from wilderness camping: A juicy mac and cheese hamburger from the Cheesecake Factory.

Don’t judge, because sinking her teeth into the juicy tower of fried macaroni, beef, tomatoes and lettuce became a delicious daydream over the miles of trail. Three weeks of eating mostly summer sausage, peanut butter and tortillas in the drizzle of the Olympic Peninsula can do strange things to a person. Day after day, she came closer to that hamburger. It was a beefy beacon of all that is good in civilization.

Sense memories of food evoke powerful emotions. Smelling cinnamon can transport us to grandma’s kitchen table, eating warm apple pie. Spending 20 years looking for a mozzarella that holds a curd to the stuff you used to get in Brooklyn? Totally reasonable. Finding emotional closure in a piece of fried chicken? At Sweet T’s you can.

One of several Santa Rosa restaurants demolished in the 2017 wildfires, Sweet T’s quickly became a symbol of hope as owners Dennis and Ann Tussey began working on their new Windsor location at the Lakewood Village shopping center. Fans watched as construction commenced, a kitchen was built and Pitmaster George Ah Chin fired up the smoker for the first time.

Now, as friends and Fountaingrove neighbors congregate at the rebuilt restaurant, eating ribs and toasting to rebuilt homes, it’s become a symbol of healing.

But is the food as good as everyone remembers it?

The ribs sure as sugar are. The cocktails are. The hush puppies and mashed potatoes? Yup. The fried chicken? Wonder-fowl.

Like our memories, not everything can be perfect. Rebuilding takes time, and we’re all still finding our new normal.

As the sweet smell of wood smoke drifts through the parking lot like a siren call, noses sniff the air toward the long-cooked slabs of meat scenting each breeze. It’s a sense memory we’ve long missed enjoying. It’s the smell of Sweet T’s — and so many fire survivors– finally coming home again.

Best Bets
From the Smoker, Ribs: These are the Goldilocks pork ribs we’ve been seeking for years. Yielding without falling apart, smoky without being bitter, soft with a nice chew. You can see the craft in a perfect pink smoke ring around all of Sweet T’s smoked meats. Ribs done absolutely right.

Smoker Plates: Beef Brisket is so tender, it’s almost hard to get it on a fork. We like asking for a mix of meats, because the pulled chicken and pulled pork are also worth trying.

Memphis BBQ Nachos, $8/$14: House made white cheese sauce is the secret to this tasty mess of tortilla chips with your choice of smoked meat with a barbecue sauce drizzle and pickled jalapeÃ±os.
Smoky, creamy, sweet and ridiculously good, they’re a crowd pleaser so order enough for the table.

Hush Puppies, $8: Required. Slather with honey butter at will.

Rib Salad, $16: Get the best of both worlds with a meaty pile of veggies. Ribs are pulled from the bone, tossed in vinaigrette and added to tasty mixed greens, spinach, cucumber, avocado and blue cheese.

Cajun Shrimp Gumbo, $19: Louisiana-style with shrimp, smoked chicken, andouille sausage, veggies and rice. It’s far lighter in color and flavor than one might expect from a traditional gumbo, but there’s still plenty of rich, smoky flavor. Though the green pepper is a little forward in this dish, overall, gumbo lovers say it’s the perfect stew.

Shrimp N’ Grits, $21: Everyone has an opinion about grits in the South, and pretty much no one agrees on what makes a perfect batch. Sweet T’s makes’em almost perfect, with plenty of creamy, cheesy, buttery goodness.Though we like ours just a squeak softer, topping them with sweet corn, house-made tasso ham and shrimp gravy makes them down-home-tastic. Southern Fried Chicken, $24: Though it takes about 20 minutes for this dish, the wait is worth it. A thin, crispy shell keeps the chicken moist, steamy and tender.

Like the ribs, this chicken is extra special and extra worth ordering. Served with the world’s best mashed potatoes (with just a hint of garlic), slaw and a biscuit.

Sides: Like any southern restaurant worth its grits, sides are what really make the meal. Sure, they’re mostly a lovely shade of beige — from mashed potatoes to creamed corn, mac ‘n cheese, French fries and potato salad. Skip the rainbow of veggies for a moment (unless you’re hankering for some okra or braised greens) and turn up your comfort-food-o-meter to eleven.

Key Lime Pie, $6: Another signature dish, this creamy, tart pie is a refreshing belly bomber. Take a slice to go. Want to drink your dessert? The Key Lime Pie Martini comes with a graham cracker rim and tastes every bit as tasty.

Texas Margarita, $13: It’s a margarita on the rocks with a pop of cayenne.

George Peach Martini, $13: The only fruit martini that I’d actually drink without shame. Made with peach vodka, peach puree and sparkling wine, it’s like drinking a fresh peach instead of eating a bag of peach-flavored candy. 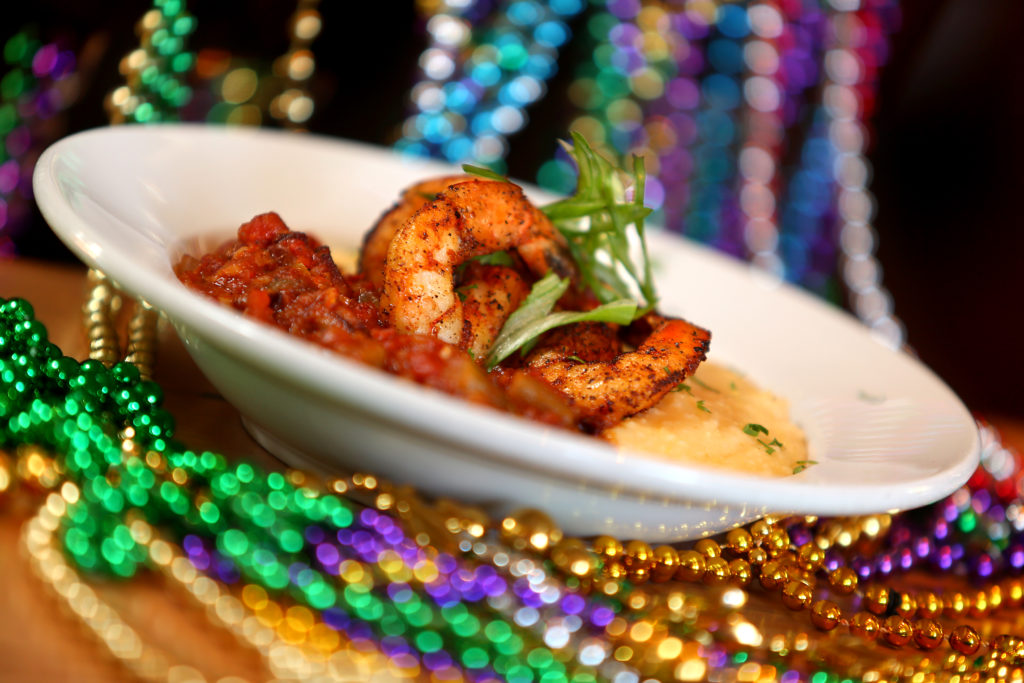 There's more than beer at this tasty Windsor taproom.