No, the winery itself isn’t in the film—just about all the on-location filming took place in Napa (insert sad trombones here). But a bottle of Jordan’s Chardonnay is front and center in one of the most memorable scenes in the movie.

The scene happens early in the film. The group of six post-college friends meet up in Napa, check into a vacation rental for a long weekend, and immediately get their drink on. Fast-forward to that same evening and the women are out to dinner at a swanky Napa restaurant. They’re reminiscing. They’re cracking jokes. And they’re drinking bottles of Jordan Chardonnay.

The Poehler flick certainly isn’t Jordan’s debut on the silver screen—over the last few years, the winery has become a fixture in movies and on television. In 2019 alone, Jordan wines have been spotted on shows such as “Barry” and “Dead to Me.”

Back up to 2018 and the list includes movies such as “Gloria Bell” and “Book Club,” as well as a host of other television shows. (There’s even a crate of Jordan wine that makes an appearance in “Ironman 3.”)

Many brands pay tens of thousands of dollars per placement for this kind of exposure. Jordan, however, does not. According to spokeswoman Lisa Mattson, the winery doesn’t budget for that kind of marketing but instead gets the exposure from powerful fans in all the right places.

“We’re an established brand with a reputation that everyone knows,” she says. “We make two wines, we make them really well, and we’ve been around for more than 40 years.”

Still, Jordan knows how to work a room. (We’ve already told you about how the winery throws a mean Halloween party.)

This April, Jordan celebrated April Fool’s Day and the release of the 2015 Jordan Cabernet Sauvignon with a clever high-end sneaker composed of cork, barrel parts, and other wine packaging materials. The wine represents the first vintage in Jordan history aged entirely in French oak barrels. In other words, it was a pretty big deal.

The footwear, dubbed the Air Jordan XV Retro 2015 Jordan Cabernet Sauvignon Limited Edition, was created by Troy Cole, a Los Angeles-based artist, who is known as the “Picasso of Custom Cleats” and affiliated with of Kickasso Kustoms, a brand beloved by celebrities and NFL players alike.

Cole made six pairs of the shoe, with features such as wine cork midsoles, a detachable corkscrew with a Jordan French oak barrel stave handle, and a 2015 Jordan Cabernet Sauvignon wine cork lace lock.

The shoes were packaged in small French oak barrels for the ultimate unboxing presentation.

(In a nod to the gag aspect of the sneaks, fictitious “features” also included egg-white fined lining for extra comfort and inserts marinated in coq au vin for 12 months to ensure the shoes always smell like a French restaurant.)

To maximize media buzz, Jordan published a video on April Fool’s Day, then held a release party for the wine in Los Angeles. At the party, Mattson and owner John Jordan gifted shoes to Los Angeles Lakers forward Kyle Kuzma, NFL defensive end Cam Jordan (who already has quite a history with the wine brand), and other celebrities. Tabloid darling Alexis Bellino, of “Real Housewives of Orange County,” made an appearance with her new boyfriend and the paparazzi went nuts.

After the party, Jordan sent another pair of the shoes to LeBron James (yes, that LeBron James) and Troy Aikman, former quarterback for the Dallas Cowboys. Josh Hart, a guard for the Lakers, requested a pair and Cole was expected to deliver it later this spring.

The takeaway from this recent buzz: Jordan slays at marketing. To follow the brand’s exploits, follow them on Twitter. Also, be sure to keep your eyes peeled for the Jordan name in the movies and on your TV/computer screen.

Want to take your marketing game to the next level? Check out these great ideas for increasing media coverage of your winery or hospitality brand. 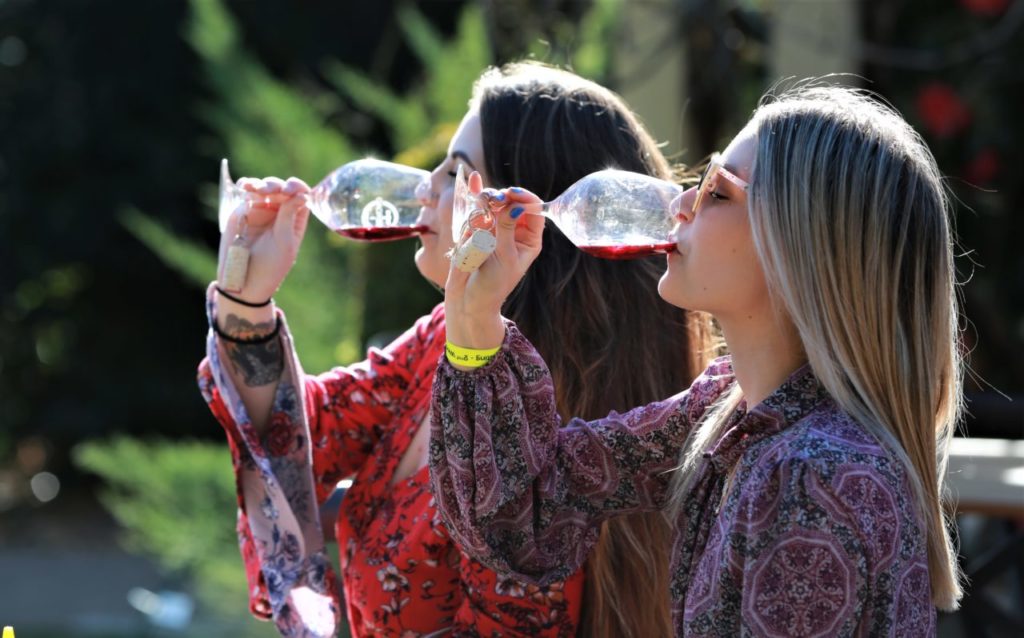