Sonoma County restaurateurs are a plucky bunch. In the past two years, they’ve weathered fires, floods and tourism downturns — in addition to the everyday challenges of running a high-pressure, highly competitive business. But now, following the recent power shut-offs and Kincade fire evacuations, many are wondering whether they’ll be able to rebound.

Most damaging, according to restaurateurs, were gas and electric outages that were widespread and long-lasting throughout the county.

“Losing power and being evacuated is tough for small businesses.  We are forced to face the reality that PG&E now can make or break us in the name of safety,” says Shawn Hall of Sebastopol’s Gypsy Cafe.

She estimates a loss of $36,000 in sales, food costs and wages during the five-day power outage in West County. Hall says she paid employees even though the restaurant was closed.

On average, restaurants lose up to $4,700 during each power outage, according to the Sonoma County tourism bureau. That’s a drop in the bucket when the tallies have come in after the recent shut-offs.

Hall’s is a much-echoed fear running through the restaurant industry in the North Bay. Lost inventory, struggling staff, who have lost wages and affordable housing, and the ongoing fallout from visitors eschewing the usually-bustling October event season is taking a financial and mental toll.

“When the power finally came back on, we had to decide whether we were going to reopen or just call it a day,” says Trishia Davis of The Whole Pie in Santa Rosa.

Her small bakery lost thousands of dollars she could ill afford and strained staff.

“We decided to give it ten days,” she says of the difficult conversation she had with her business partner about whether to close or not.

“We met and surpassed our financial goal—just barely—because everyone is so kind. I asked for help, and people said yes. That’s so beautiful,” she says.

While the return of customers has been heartening, restaurants and their staff aren’t out of the woods by a long shot.

“In the event of a power shut down not only do we lose our inventory we also lose revenue from the lost banquet. Our employees suffer as they are, for the most part, hourly. Most insurance does not cover this type of event. Some do (in an) official evacuation, but many restaurants lost power who were not in evacuation zones. I think moving forward this will have big consequences for the Sonoma wedding business in the fall, in particular in October,” says Gerard Giudice of Sally Tomatoes in Rohnert Park.

Domenica Catelli, who co-owns Catelli’s in Geyserville, was hit particularly hard when her restaurant was shuttered for ten days.

She had a large out-of-town wedding party planned for her restaurant on Saturday, Oct. 26 and scrambled to find another restaurant and another venue for the wedding party. She pulled in favors from friends and thought she had the event under control when mass evacuations happened Saturday morning.

“We had to tell the bride the wedding had to be canceled that morning,” she says.

“We made it through this, but it’s hard to know how this is actually going to end up,” she says. Catelli worries about insurance (they received no insurance money after the Tubbs fire even though they had events canceled and their restaurant was all but inaccessible) as well as her staff.

“We’re gonna help out how we can. Some people have this as a second job, and they’re having a tough time,” she says. Some employees are eligible for unemployment during disasters, and restaurateurs hope to recoup losses and assist staff.

In the town of Sonoma, Epicurean Connection’s Sheana Davis says she had 27 events canceled during the fires including her cheesemaking classes, fundraisers, catering and private tastings.

“People are skeptical of visiting Wine Country right now,” she says.  Twelve people canceled coming to one of her classes last Sunday and though she hopes people will re-book, she’s concerned about the future.

“Events have reduced in size,” she says.

The lean months between December and March are even more worrying. Veteran restaurateurs like Daniel Kedan of Backyard in Forestville usually squirrel away funds to get them through quiet winter months, but the loss of $8,000 of food and two canceled events worth $15,000 have already decimated those savings.

“We are usually set up for winter and we have a cushion. But dealing with this — three years in a row with floods, fires and power outages — that’s beyond gone,” he says.

Though he may see some insurance money, he says it’s been a painfully slow process.

“We still have to pay vendors. The staff takes a big hit. We had to have people breaking down things in the dark, cleaning up and restocking, we reopened with 25 percent of our menu and 25 percent of our staff because people weren’t back yet. That’s just the story from everyone in the business,” says Kedan.

Samantha Ramey of Estero Cafe in Valley Ford says she’s worried about even submitting a claim to her insurance company.

“I’m afraid it will affect our policy, but I want to pay my staff,” she says. Her business lost about $8,000 worth of food, which has cut into the winter cushion she usually sets aside for the slow winter months.

“If we start getting rain, then we’ll be flooding again,” she says, “and it all feels a bit Biblical.”

Backyard’s Kedan, who himself has been patronizing other restaurants, says he’s also seen an uptick, but worries about the dark winter days ahead.

“Don’t forget about us come December and January when the weather isn’t so nice. Get something to go, get it delivered. Share the wealth all the way around and support the places that supported us. Go to Oliver’s, go to Pacific Market, but don’t go to the big corporate places. Central Market needs our money, Oliver’s needs our money,” he says.

Frightening evacuations, unclear information on power outages and fears of fires decimating new neighborhoods have compounded the emotional pain many in Sonoma County were starting to put behind them.

The Whole Pie’s Davis says some people coming to her store just want to talk.

“We can’t heal unless we share our experiences with everyone. When five other people say they’re having the same problems, you don’t feel alone. It isn’t so daunting and you can take a breath. People are just showing up, saying they care and want to talk about it. Sometimes just showing up with a smile and buying a cookie can help,” she says. 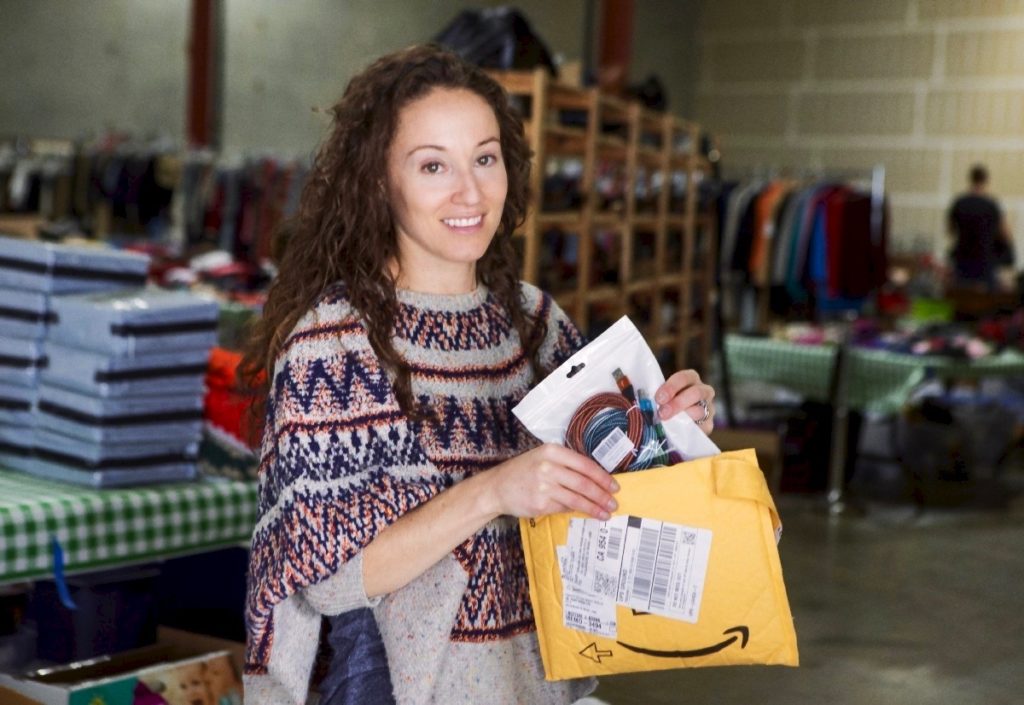 Dining editor Heather Irwin brings us up to date on the latest local restaurants and what to eat right now.