Ever Tasted White Pinot? This Sonoma Winery Thinks You Should 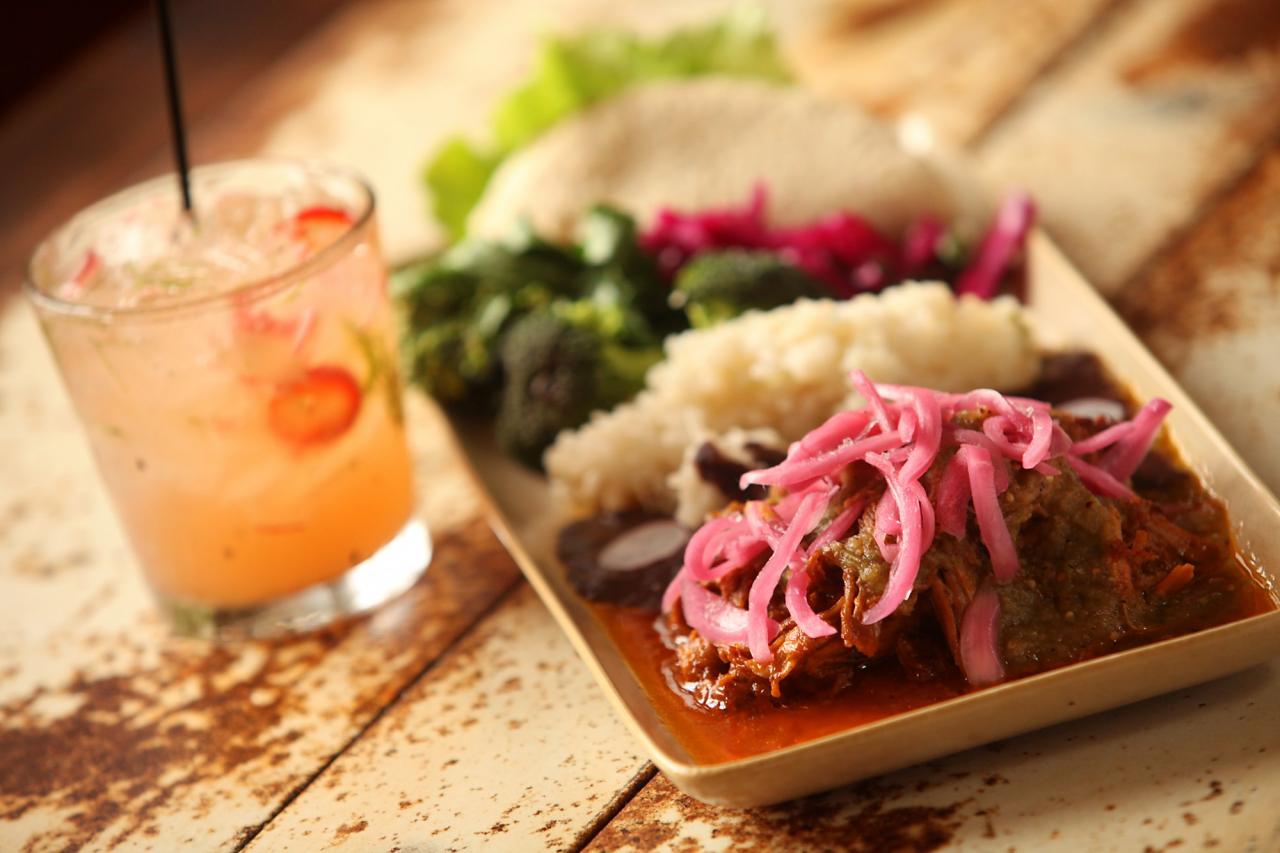 Put down the burrito and just say no to the chimichanga. Here in Sonoma County, taqueria fare is as familiar as pizza or burgers, but have you really delved deeper into Latin cuisine?

Way beyond tamales and tacos is a world of authentic flavors from the unique regions of Mexico, Central America, South America and the Caribbean.

Each has evolved from the Spanish mother cuisine, an eclectic collection of flavors from Europe, Africa and the Middle East. But these Latin siblings have each incorporated indigenous ingredients and preparations with the food traditions of settlers, colonizers and slaves, creating an entirely new culinary canon.

So, for anyone who’s wanted to go beyond everyday fare and fully experience the exotic, enticing flavors of Latin culture, we’ve collected a few of our favorite dishes to get you started, or maybe just expand the borders of your palate.

Ceviche: If you like sushi, you’ll love ceviche. Chunks of raw tilapia or tuna is “cooked” in lime juice and salt, served cold, often with other seafood (prawns, clams, squid) and a side of Cuzco corn, sweet potato, onion and “Leche de Tigre,” the deliciously sour marinating liquid. Unlike Mexican ceviches which tend to have jalapeño and smaller dices of fish, we love the clean, light flavor of the Peruvian-style. Sazon Peruvian Cuisine, 1129 Sebastopol Rd., Santa Rosa, 707-523-4346.

Picadillo: Because Cuban cooking can be rare on the West Coast, it’s worth seeking out. A mix of Spanish, African, Caribbean and even Middle Eastern influences, richly spiced adobo, mojo and chimichurri sauces are more about flavor (citrus, chiles, garlic) than heat. While traditional roasted pork and beef are favorites, less well-known is picadillo, a savory ground beef entree with onions, peppers, olives, wine and tomato sauce. Served with rice and sweet plantains, it’s a homey, Sunday afternoon kind of meal to be savored rather than devoured. Rumba Cuban Kitchen, 8750 Old Redwood Hwy., Windsor, 707-687-5632.

A similar style of Caribbean cuisine, though with its own unique personality, is Puerto Rican, which also heavily depends on rice, beans, beef and plantains. Try the Canoa Con Carne Molida, a whole sweet plantain filled with ground beef and topped with cheese. El Coqui, 400 Mendocino Ave., Santa Rosa, 707-542-8868.

Menudo, posole and birria: Friday night through Sunday afternoon, you’ll find entire families bent over bowls of steaming stew that promise to cure everything from homesickness and hangovers to the common cold. If you’re new to the genre, however, there’s a learning curve. You’ll want to start out with posole, made with hominy (dried corn), pork, onions and broth, and reminds me of a heartier, earthier version of chicken noodle soup. Next up, venture to birria, which is often served on Sunday mornings. Made with goat meat (or beef), dried chiles and plenty of garlic, it’s served with cilantro, lime and corn tortillas. Menudo is a tougher sell for the non-initiated, with tripe (beef stomach) and pig’s feet being key ingredients in this brothy soup. You love it, or you don’t. La Texanita, 1667 Sebastopol Rd., Santa Rosa, 707-525-1905.

Lengua, pig stomach and cabeza tacos: Using the whole animal is an art. The leftover bits like tongue, head meat, tail and feet need a little extra TLC in the kitchen, but the hours of braising, seasoning and spices make offal highly prized in Latin cultures. It can make lots of folks squeamish, but you might be surprised at how tender and delicious this meat can be. Or, you may decide it’s not for you. Either way, it’s a fun culinary adventure. Available at most taquerias. Try the pig stomach at El Roy’s Mexican Grill and taco truck, 210 Edith St., Petaluma, 707-241-6534. 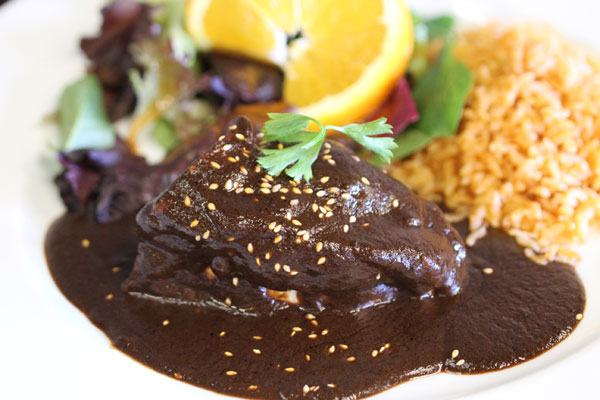 Mole Negro: With Aztec roots, this mystical black-brown sauce has somewhere between 12 and 30 ingredients, depending on the recipe. Passed down through the generations, it includes several types of dried chiles, garlic, peanuts, cinnamon, raisins, bread, tomatoes and Mexican chocolate. Most restaurants don’t have the time or expertise to make it by hand, but Octavio Diaz has a secret weapon — his mother’s recipe. Agave Restaurant & Tequila Bar, 1063 Vine St., Healdsburg, 707-433-2897 serves it over chicken. You can buy it at the nearby Casa del Mole, 434 Center St., Healdsburg, 707-433-4138 to take home.

Fresh Tortillas: You haven’t had a tortilla until you’ve had a fresh, handmade tortilla. One of the most passionate advocates for the iconic corn tortilla is Karen Waikiki, the founder of El Molino Central, 11 Central Ave., Boyes Hot Springs, 707-939-1010. She’s become renowned for revitalizing traditional methods of stone-grinding corn into masa, an art all but lost in Mexico. Each morning, around 11 a.m., staff members feed soaked corn — grown by a single farmer in Nebraska — into the specially-made grinding machine for the day’s tortillas and tamales.

Elote: Once you taste corn on the cob with a swipe of mayonnaise, butter, chili powder and cojita cheese, you’ll never be satisfied with it any other way. The best is from the Delicias Elanita Taco Truck, 799 Sebastopol Road, Santa Rosa, where they’ll pull a steaming hot ear from a small cart, slather it with deliciousness, then wrap it in foil to take home or eat right there under the awning. We love the upscale version at Healdsburg’s Guiso Latin Fusion, 117 W. North St., Healdsburg, 707-431-1302. Its elotitos are small slices of corn in Jamaican jerk seasoning with butter, garlic and chive crema.

Tamarind Candy: This sweet, sour, salty, spicy candy is dangerously addictive. Made with the pulp of the tamarind fruit (a very sour legume popular in Indian, African, Asian and Latin cooking), it’s mixed with sugar, salt and chili powder as a candy. We love the soft Palebola Tama-Roca pops best of all. Dulceria Las Tapatias, 1630 Sebastopol Road, Santa Rosa, 707-536-9543.

Pupusas: When you hear the slap, slap, slap of masa from the hands of abuelas, you know you’ve arrived at a Pupuseria. These little fried corn cakes are stuffed with cheese, vegetables, meat, beans and other goodies, arriving piping hot at the table with a side of cortida (a fermented slaw). Everyone has a favorite spot, but we’re really partial to Don Julio’s Rincon Latin Grill and Pupusas, 217 Southwest Blvd., Rohnert Park, 707-242-3160.

Rodizio: Brazil is cattle country, so it’s not a shock that much of its cuisine is based around beef. Lots and lots of beef. Rodizio is an all-you-can-eat show, where skewers of meat are brought to the table (filet mignon to pork, lamb or chicken) and sliced onto your plate. If you go, make sure to also get some Pao de Queijo, Brazilian cheese bread. Brasil BBQ, 5306 Old Redwood Hwy, Petaluma, 707-665-0644 or Brasa Churrascaria & Brewpub, 505 Mendocino Ave., Santa Rosa, 707-623-9382. 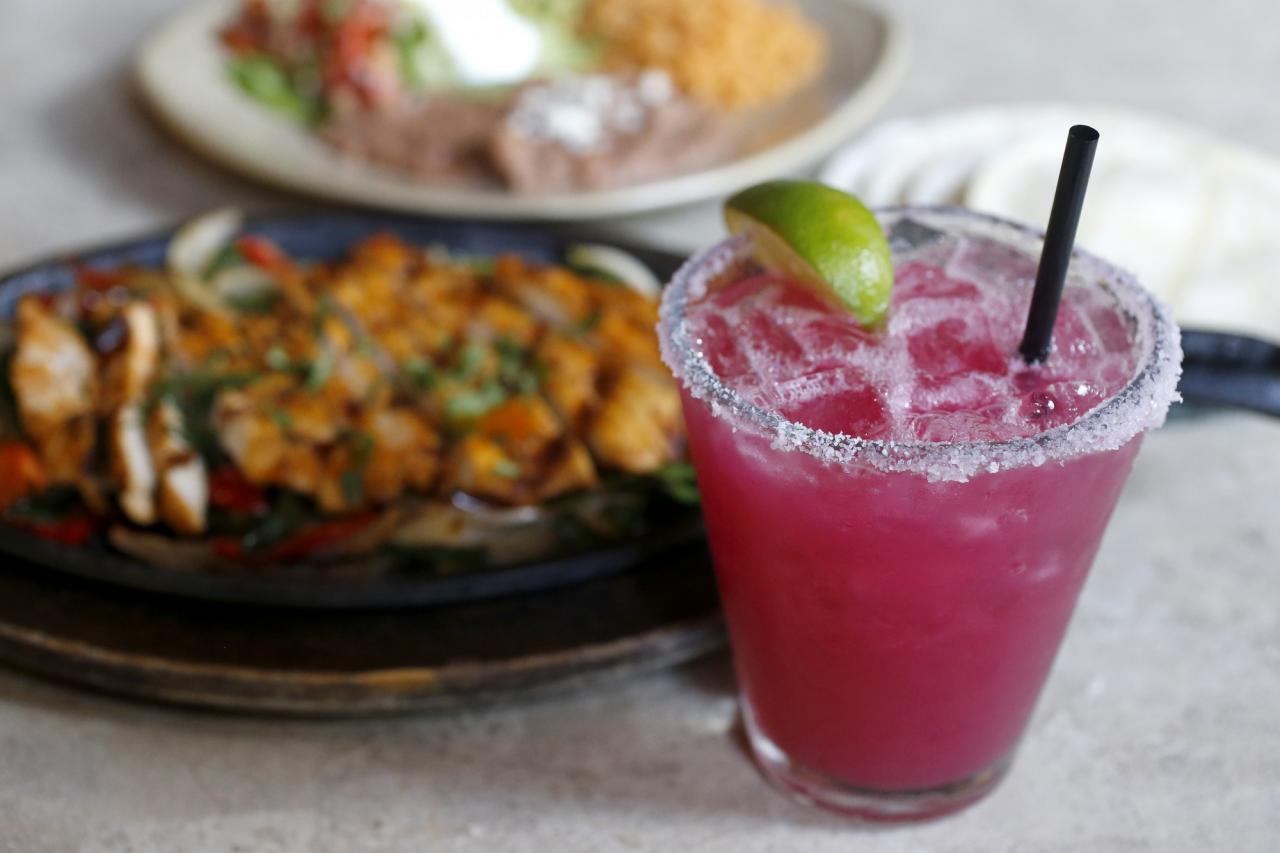