How dare he? Because he’s Francis Ford Coppola.

The master movie storyteller is spinning another tale, this one of Virginia Dare, the first white child born of English descent in what would become the United States, in 1587. He’s artfully doing it through wine, and in a way only FFC can.

In 1835, a winery opened on Roanoke Island in North Carolina. It produced a range of wines, including Virginia Dare, made from Scuppernong grapes that grew wild throughout the South. The wines were sweet and had an oddly pungent aroma that wouldn’t sell in California today, yet they were immensely popular until Prohibition.

The brand was sold several times, and eventually abandoned in 2011. Coppola scooped it up and began telling Virginia Dare’s “story” via four wines released in 2014: The White Doe (Chenin Blanc and Viognier), Manteo (red blend), Two Arrowheads (Viognier and Roussanne) and The Lost Colony (Malbec and Syrah), each with a Colonial-era story behind it.

A year later, Coppola fessed up that the wines were made at the former Geyser Peak Winery in Geyserville, which he purchased in 2013. He renamed the place Virginia Dare Winery, without any connective tissue to North Carolina, Scuppernong or Virginia herself.

“The myth of Virginia Dare always intrigued me, and as a child I remember the wine because of the pretty blond girl on the label and the ‘Say it again, Virginia Dare’ jingle they used to advertise on the radio,” Coppola said. “My goal is to revive the brand so that it isn’t lost to future generations.” 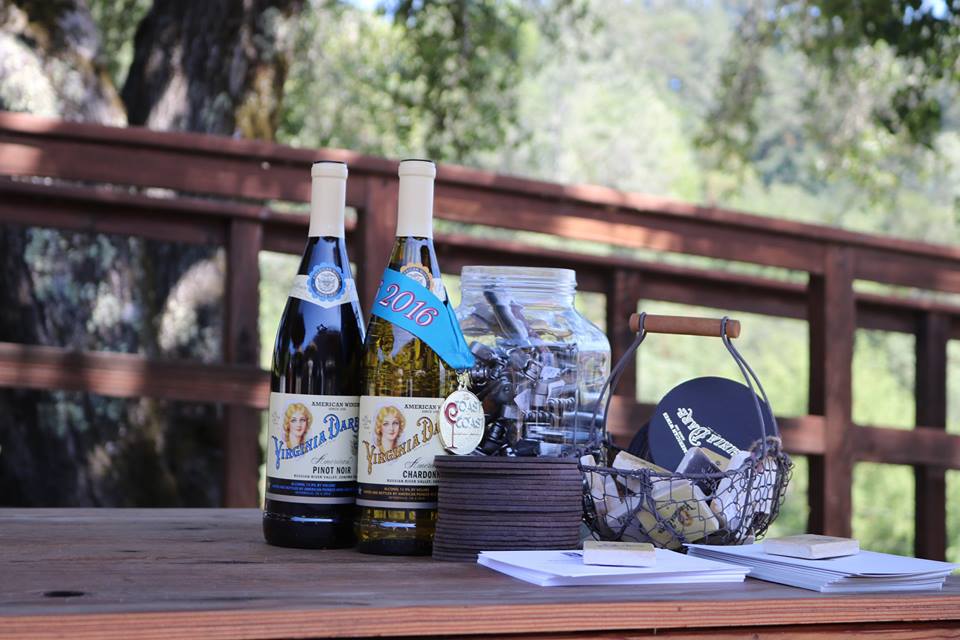 Made in Sonoma County: Standout Handbags from The Silo