It’s almost time to get your knives, forks and glasses ready for Bottle Rock 2016!

Not surprisingly, the list of top chefs, restaurants, wineries and brewers has continued to grow — including an expanded culinary stage, more food royalty and the kind of first-rate festival food we’ve come to expect in Napa. 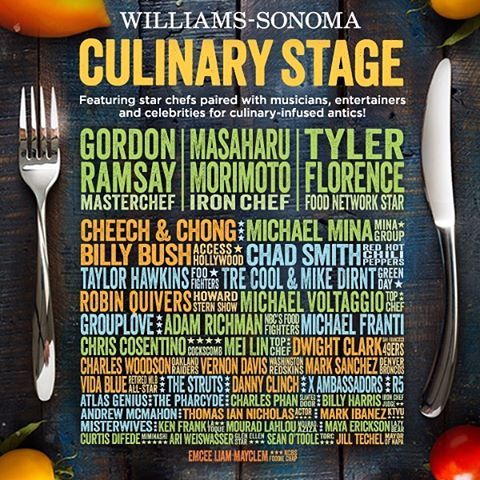 One of the most fun aspects of last year’s eat-a-thon included the culinary stage, where chefs and musicians teamed up for goofy cooking demos and general mayhem. This year, multi-Michelin Starred Chef Gordon Ramsay, Iron Chef Masaharu Morimoto and Food Network’s Chef Tyler Florence will headline the Williams-Sonoma Culinary Stage, leading a star-studded lineup during the  three-day festival, May 27-29, 2016, in historic downtown Napa.

Needed upgrades to the culinary stage include an expanded stage and viewing area, complete with upgraded audio and video capabilities to provide a close-up look at the cooking demonstrations and allow for maximum fan participation.

So many social gatherings in May and June, so many wines to choose from!