Barbara Gonnella knows pretty much everyone in the small west county community of Occidental, population 1,100. She and her husband, Frank, run the Occidental Union Hotel, which has been in his family since 1925 and operates as the center of town life.

“On any normal morning, the same 15 guys are in the cafe at 6 a.m.,” Barbara says. “I really value those relationships. I’m blessed to be able to nurture that for all of these people.” Earlier this spring as business temporarily wound down in response to the coronavirus pandemic, Barbara invited people over to pick up veggies, sourdough bread, eggs and other perishables from fresh storage that would have gone to waste. And she delivered soup and pasta to her elderly neighbors around town.

Things aren’t so normal now. But even during the pandemic the Gonnellas, whose family has weathered nearly a century of ups and downs, have found a way to stay resilient. They are back in business, offering picnic-style meals and cocktails in their courtyard, as well as takeout, repurposing the old spot where the horses were tied up.

“We love sharing the goodness of the hotel. It’s fun and it’s special,” Barbara says.

The Gonnella family home, up a country road less than a mile away, is as much of a landmark as the hotel. A former equestrian center on 6 acres, the home’s imposing stone façade tops a grassy hillside with redwoods framing the view. As newlyweds, Frank and Barbara lived nearby and walked past the property often. They fell in love with the home’s impressive stonework and the beauty of the land and trees. They bought it 35 years ago; over the decades, they have improved the house and grounds while raising their daughter, Gien, a tennis player and musician now in her 20s.

It’s a remarkable transformation, led by Barbara’s eye for design and love of European antiques and Frank’s extreme DIY skills. Basically, anything Barbara can imagine, Frank can build.

Over the years, this has included renovating the kitchen and bathrooms and laying new floors throughout the home, both oak planks and antique tiles from a monastery in Italy. Upstairs, a soaking tub now sits in the bay window that looks out over the fields and redwoods. And the kitchen’s layout leaves plenty of space for visiting with friends when the two are not busy with the business. Steak, risotto and greens are specialties, along with wine and big platters of Italian-style cured meats served by a fire. “We stretch the dinners out,” Barbara says. “Just the charcuterie can be a two-hour event.”

The home’s interiors are earthy and rustic with soft, neutral colors and plenty of contrasting textures. An antique dough bowl filled with silver ornaments lies in a deep windowsill. Large green glass wine jugs, bought from a decorator friend who sources housewares in Eastern Europe, are tucked atop cabinets.

“I love stone and crystal,” Barbara says. “A little bit of shine with the rustic.”

A massive two-story fieldstone fireplace anchors the great room, flanked by a pair of deep French-country couches bought secondhand. The mantelpiece is home to a collage of chunky beeswax candles Barbara bought 30 years ago from a small shop in Santa Rosa.

Another fireplace, this one with a wood mantel carved with the Gonnella family name, is adjacent to the kitchen opposite deep bookshelves for Barbara’s cookbooks. On the walls are family photos as well as mementos from celebrated environmental artists Christo and Jeanne-Claude. Barbara’s father, rancher Ed Pozzi, worked with the artists on their seminal work, “Running Fence,” which stretched across rural parts of Sonoma and Marin counties in the 1970s.

Outside, a pool and broad brick patio fill out the backyard, while in the front, stone walls Frank built surround a garden and cafe tables. Low boxwood hedges and fig and olive trees bring in more greenery. A short walk down the hill, there’s a stunning natural amphitheater of redwoods tucked into the slope.

Two decades ago, as their young daughter was starting piano lessons, Barbara had a vision of hosting outdoor recitals for friends in the redwood grove. Frank brought this to life with hand-built benches stepping up the hillside and a stage large enough for Gien’s grand piano. Whimsical recycled metal lanterns left over from a party hang in the grove year-round to accent the magical spot.

To make the most of the surrounding nature, Frank used his tractor to shape small footpaths through the woods and fields. “He begged for years to get that tractor,” Barbara jokes. Frank also built several large redwood farm tables to use outdoors with slabs hand-milled from trees that have come down around the property. And early in their marriage, the couple planted dozens of baby redwoods in one-gallon pots — trees that now stretch three stories tall along the fence line they share with their neighbor.

The demands of their business mean Frank and Barbara’s days together at home are concentrated in the gaps between restaurant service. Barbara likes to zip back up the hill to garden and relax for a few treasured hours in the mid-afternoon. Frank, a golfer, will chip some balls, and together they’ll power-walk the steep hills and forest paths for fresh air. “A big part of my day is catching a hill. I tell people, ‘Stop in and we’ll walk the loop together,’” Barbara says.

Rosemary and potted olive trees dot the property. The forget-me-nots and wisteria of spring give way to roses and long summer days spent around the pool.

“We’ll take a moment to put our feet in the water between the lunch and dinner shift,” Barbara says. Holidays like Mother’s Day and graduations are big at home and at the restaurant. Barbara likes to give mothers small cuttings of the hundred-year-old rose growing in the restaurant courtyard as a way to mark the day.

The rose cuttings are another small way of celebrating the community where generations of Gonnellas have lived their lives and raised their families.

“My life is within this 1-mile radius,” Barbara says. “But we cherish all aspects of that mile, of being up here. It’s rich — we are so fulfilled.” 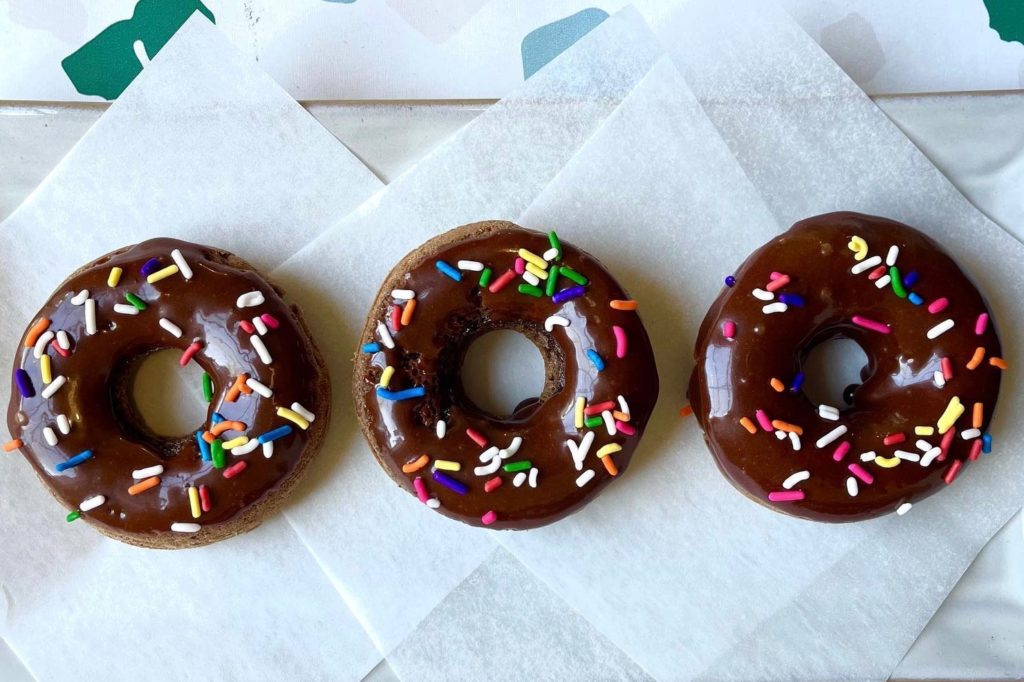 The daughter and granddaughter of leading farm labor advocates, Alegria De La Cruz is taking on the next role in...