A vegan burger that even the staunchest carnivores can sink their teeth into has arrived in Santa Rosa.

Gaia’s Garden (1899 Mendocino Ave., Santa Rosa) is featuring the much-hullabalooed Impossible Burger, an engineered faux-beef patty years in the making as scientists studied what exactly made a great burger, well, a great burger.

What’s the big deal? First off, there’s no dry, gritty flavor of beans, mushrooms, grains, and nuts that have made most of us run screaming from the mere thought of a “vegan” burger.
If we’re getting down to brass tacks, what makes the Impossible Burger unique is that it actually “bleeds” like cooked ground beef.  Sounds yucky, but that’s the truth. More importantly, it also tastes and chews like the meaty version. Mostly.

The science behind the Impossible Burger is the result of a relentless search for a better burger that was more sustainable for the planet but would be appealing to carnivores. Funded by millions from venture capitalists like Bill Gates, the breakthrough was the connection between“heme”, an iron-containing molecule found in plants and animals. It’s what makes meat taste like meat, but the compound isn’t limited to animal products.

In the case of the Impossible Burger, soy leghemoglobin is the catalyst, which when cooked becomes “heme”, giving this vegan patty the flavor, look and mouthfeel of beef. Weird, right?

The taste test: We’re sold, especially since Gaia’s Garden does the Impossible up fancy with a load of mix and match toppings including caramelized onions, mushrooms, avocado, vegetarian mayo, dairy or non-dairy cheese, lettuce, tomato and all the usual toppings on a soft, herbed whole wheat bun. On a whim we opted for coconut “bacon”, which is nothing like bacon, but gives a delightfully smoky crunch.

It’s a beast, and ours was overcooked a titch, but, unlike a beef burger, we were full but not full of regret an hour later. Easier on the gut. Easier on the planet. Win-win.

There are competitors to the Impossible Burger already entering the meatless burger market, notably the Beyond Burger, made with pea proteins and beets (for the “bleed”) which we also sampled at a food show and found entirely delicious as well.

We’re a long way from moving away from ground beef as an American food staple, but with vegetable-based products that can satisfy our heme-tooth in a sustainable and delicious way, it’s a huge step in the right direction. 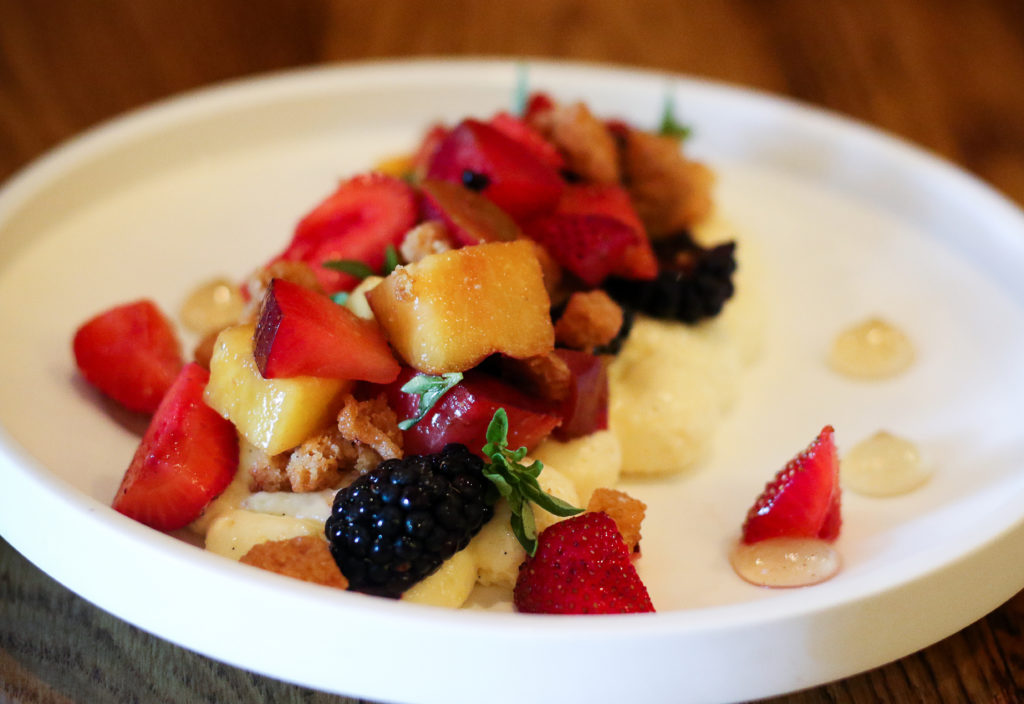 19 thoughts on “We Found the Impossible Burger!”

From pastries to po’ boys to Swedish street food: there are plenty of new local restaurants to get excited about...